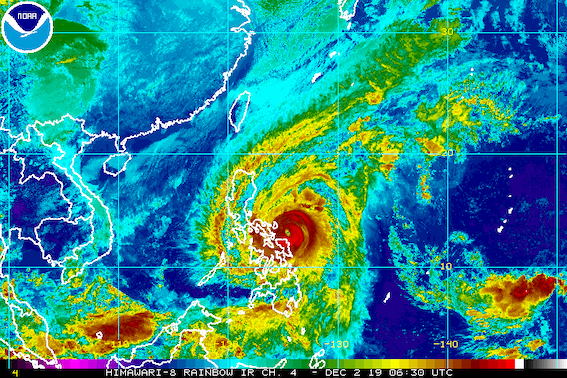 MANILA, Philippines – The threat from Typhoon Tisoy (Kammuri) increased early Monday afternoon, December 2, as it moved closer toward the area of Northern Samar, Albay, and Sorsogon.

In a briefing past 2 pm on Monday, the Philippine Atmospheric, Geophysical, and Astronomical Services Administration (PAGASA) said Tisoy is already 140 kilometers east northeast of Catarman, Northern Samar, or 195 kilometers east of Juban, Sorsogon.

It slightly slowed down, moving west at 20 kilometers per hour (km/h) from the previous 25 km/h.

The typhoon still has maximum winds of 150 km/h and gustiness of up to 185 km/h. (READ: FAST FACTS: Tropical cyclones, rainfall advisories)

Tisoy is now expected to make landfall in Albay, Sorsogon, or Northern Samar between Monday evening and early Tuesday morning, December 3. Catanduanes was previously included as among the possible areas of landfall.

But PAGASA Weather Specialist Benison Estareja said they are not ruling out the possibility that the typhoon could make landfall in the southern tip of Catanduanes. (READ: Typhoon Kammuri track may be like Glenda in 2014, Reming in 2006)

The list of tropical cyclone wind signals was again updated: 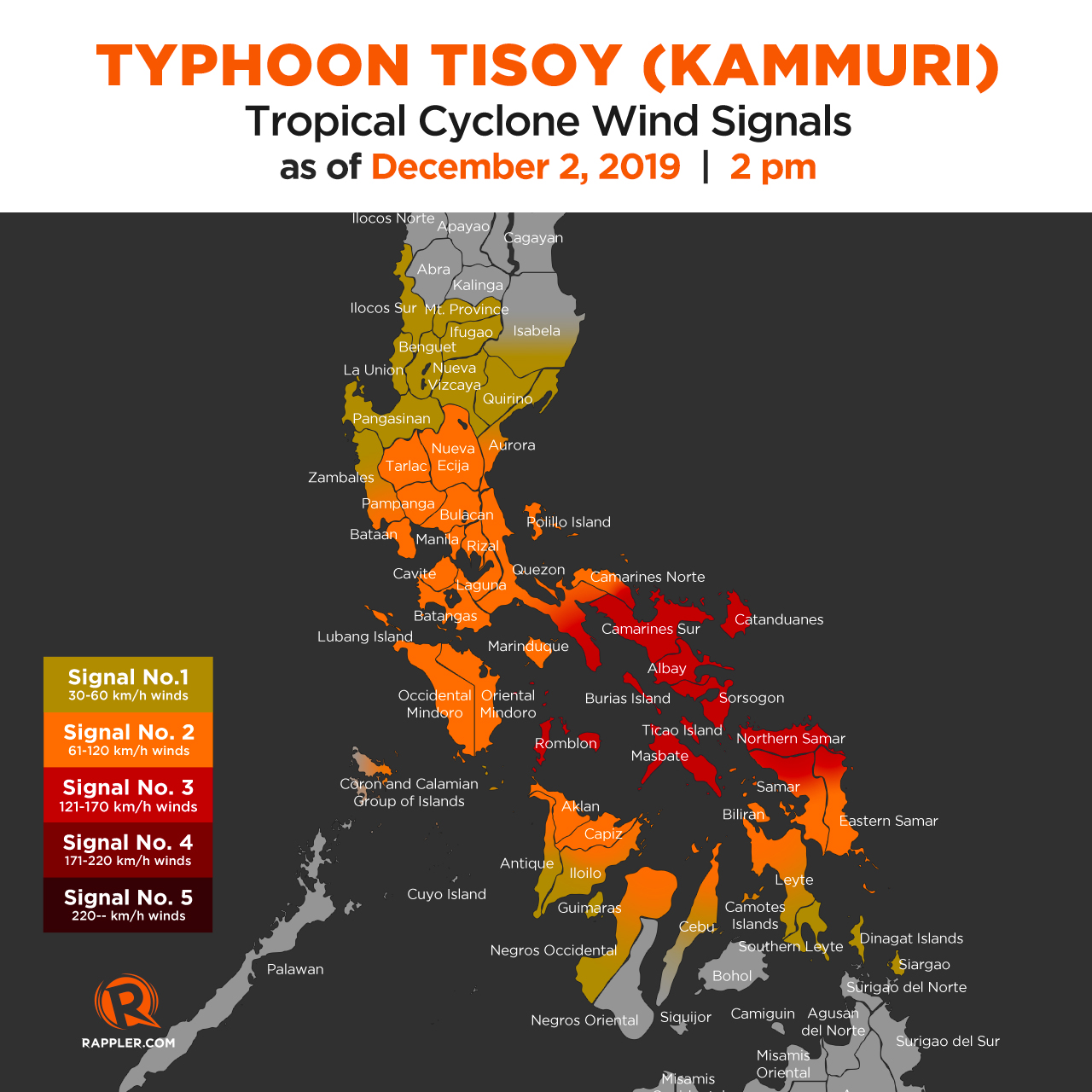 There could also be landslides in mountainous areas of Bicol, Calabarzon, Mimaropa, Central Luzon, Cordillera Administrative Region, and Cagayan Valley. 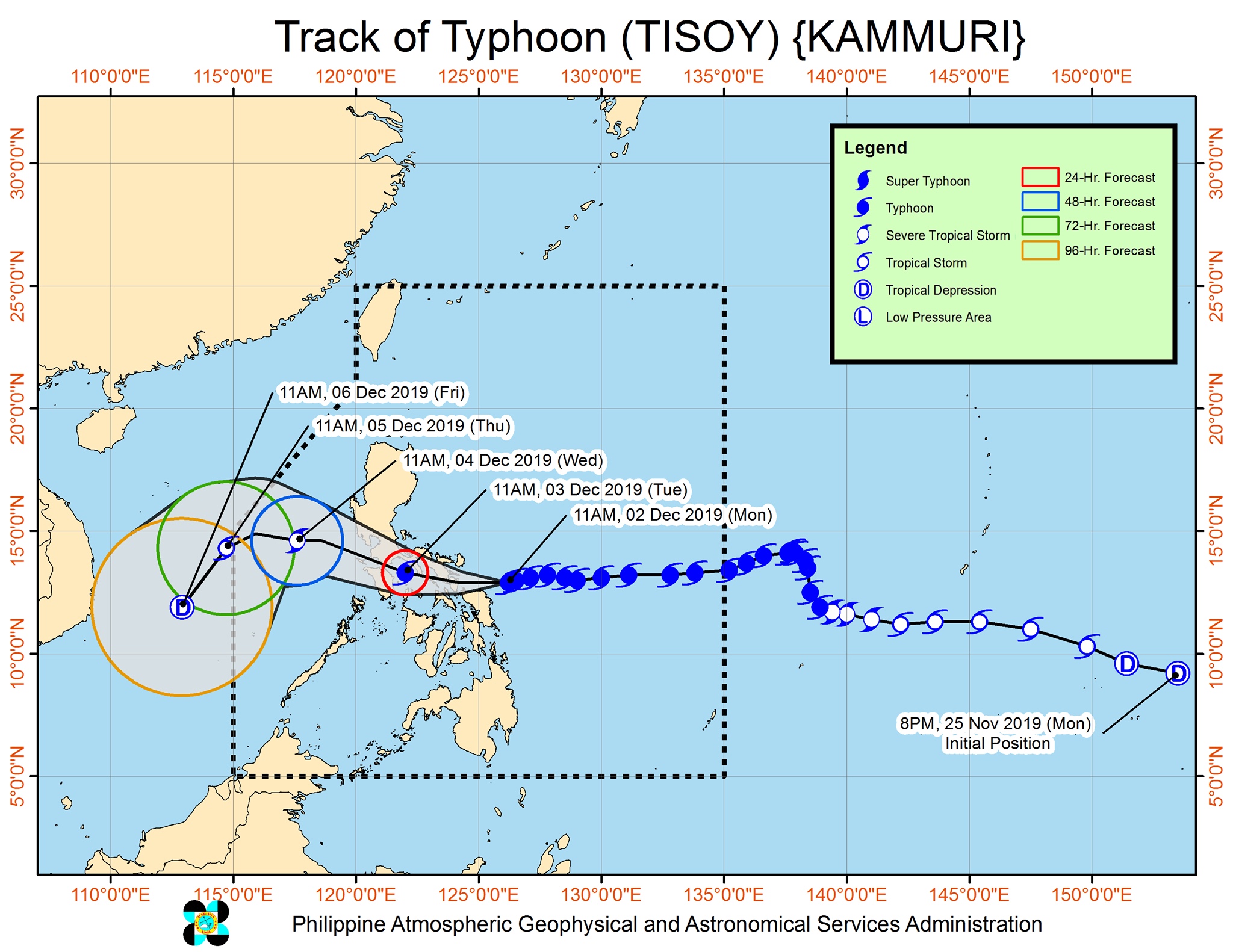