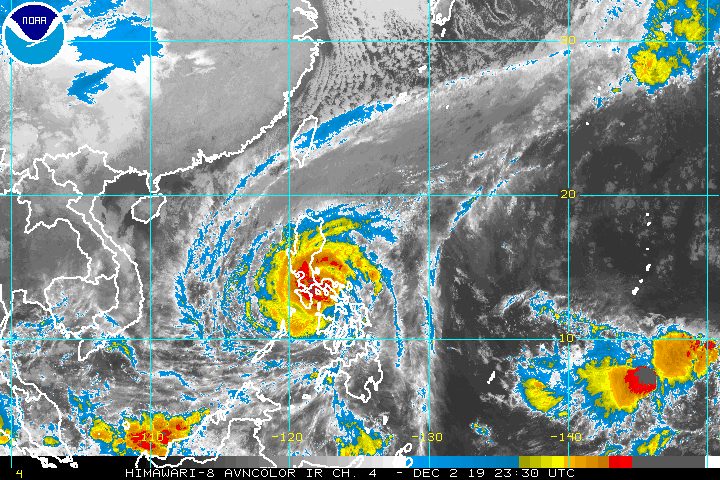 MANILA, Philippines – Typhoon Tisoy (Kammuri) maintained its strength early Tuesday morning, December 3, as it moved off the coast of the Bondoc Peninsula in Quezon province.

In a bulletin issued past 8 am on Tuesday, the Philippine Atmospheric, Geophysical, and Astronomical Services Administration (PAGASA) said Tisoy is already in the coastal waters of San Francisco, Quezon. San Francisco is a municipality which is part of the Bondoc Peninsula.

The typhoon continues to move west at 20 kilometers per hour (km/h), still on course to pass through the rest of Southern Luzon.

It continues to have maximum winds of 155 km/h and gustiness of up to 235 km/h. (READ: FAST FACTS: Tropical cyclones, rainfall advisories)

Tisoy had made landfall in Gubat, Sorsogon, at 11 pm on Monday, December 2.

PAGASA said the typhoon could make landfall again or pass close to the Marinduque-Simara Island-Banton Island area before noon on Tuesday. Simara and Banton are both part of the province of Romblon.

In the meantime, Tisoy’s eyewall is already bringing violent winds and heavy to intense rain over the southern part of Quezon, Marinduque, and Romblon.

The World Meteorological Organization defines the eyewall as “an organized band or ring of cumulonimbus clouds that surround the eye” of a tropical cyclone.

Below is the latest list of tropical cyclone wind signals that are raised. Some such as Catanduanes and Sorsogon have been downgraded from Signal No. 3 to No. 2, while several other areas are no longer included in the list. Tisoy’s rainfall is expected to reach peak intensity for parts of Luzon and the Visayas on Tuesday. Check PAGASA’s latest rainfall outlook:

Flooding has been reported in Bicol, the region first struck by Tisoy. Other areas in the typhoon’s path may also experience floods as well as landslides. (READ: Typhoon Kammuri track may be like Glenda in 2014, Reming in 2006)

Storm surges are also possible in certain coastal areas of these provinces, based on PAGASA’s 5 am storm surge advisory:

Numerous domestic and international flights to and from the Philippines have also been canceled due to Tisoy. In Metro Manila, the Ninoy Aquino International Airport will be closed for 12 hours on Tuesday.

The typhoon also prompted schedule adjustments to be made for some events of the 2019 Southeast Asian (SEA) Games, which the Philippines is hosting until December 11. Some events were moved to an earlier time, while others were postponed. Organizers gave an assurance, however, that the SEA Games will not be extended. 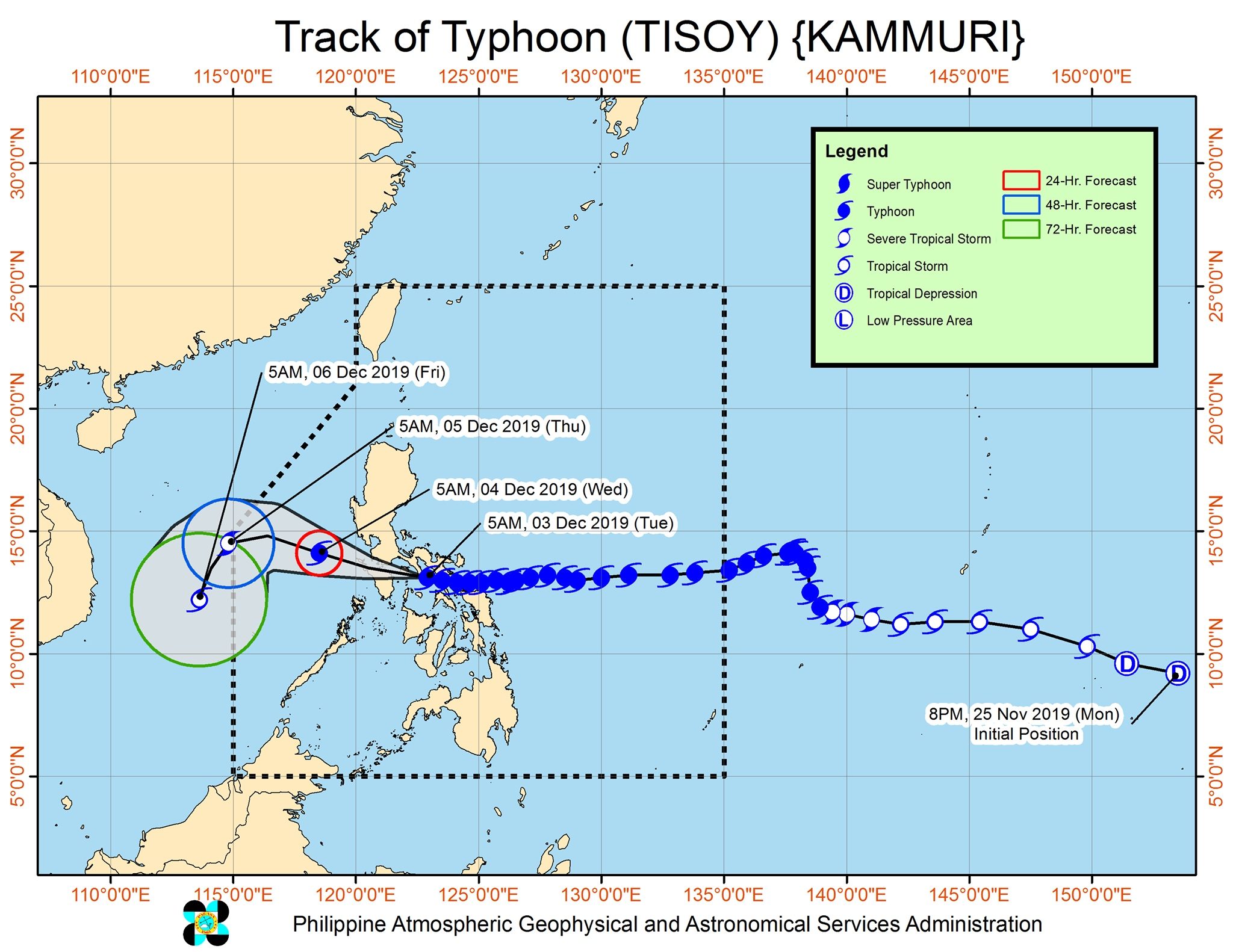