Dec 3, 2019 9:40 PM PHT
Acor Arceo
Facebook Twitter Copy URL
Copied
Only the northern part of Occidental Mindoro remains under Signal No. 3 as of 8 pm on Tuesday, December 3. Metro Manila is still under Signal No. 2. 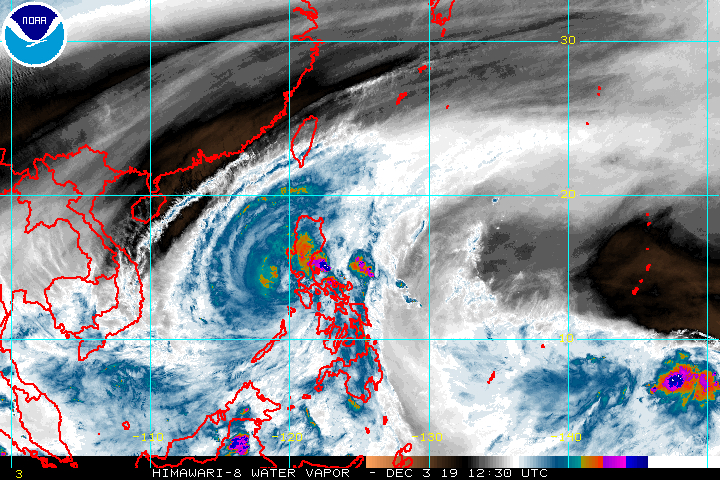 It is still moving west at a relatively fast 25 kilometers per hour (km/h).

Tisoy still has maximum winds of 130 km/h, while its gustiness is down to 160 km/h from the previous 200 km/h. (READ: FAST FACTS: Tropical cyclones, rainfall advisories)

Tisoy made landfall in the Philippines 4 times, bringing fierce winds and heavy rain. 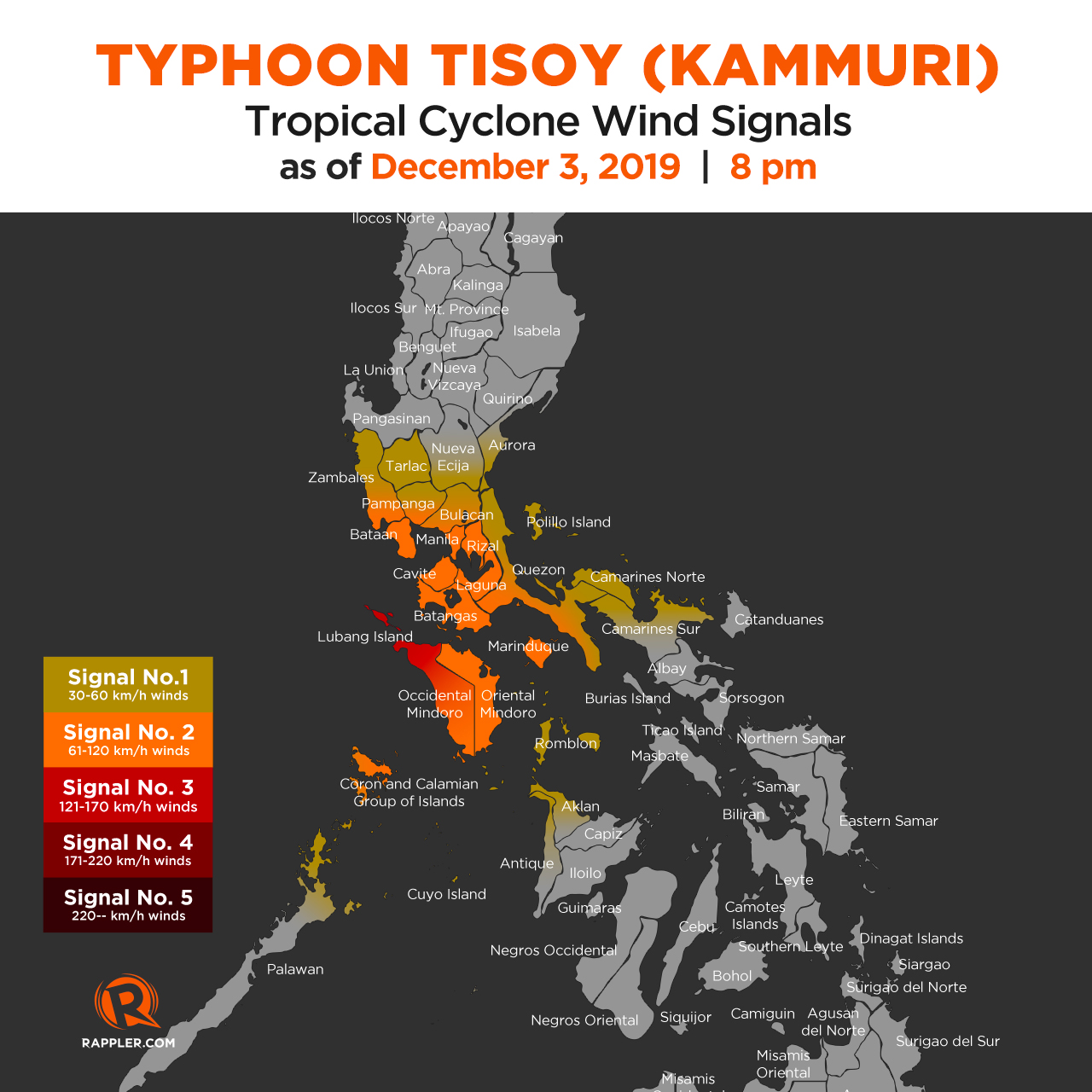 Gusty conditions may persist in parts of Northern Luzon, too, even if they are not under a tropical cyclone wind signal. This is due to the northeast monsoon or hanging amihan.

Rain will also continue in parts of Luzon. Below is PAGASA’s updated rainfall outlook.

Flooding and extensive damage have been reported in Bicol. (IN PHOTOS: Typhoon Tisoy leaves trail of destruction across Bicol)

The Philippine Coast Guard said there were at least 7,290 stranded passengers in Central Visayas, Southern Tagalog, Western Visayas, Bicol, Eastern Visayas, and Southern Visayas as of 12 pm on Tuesday. 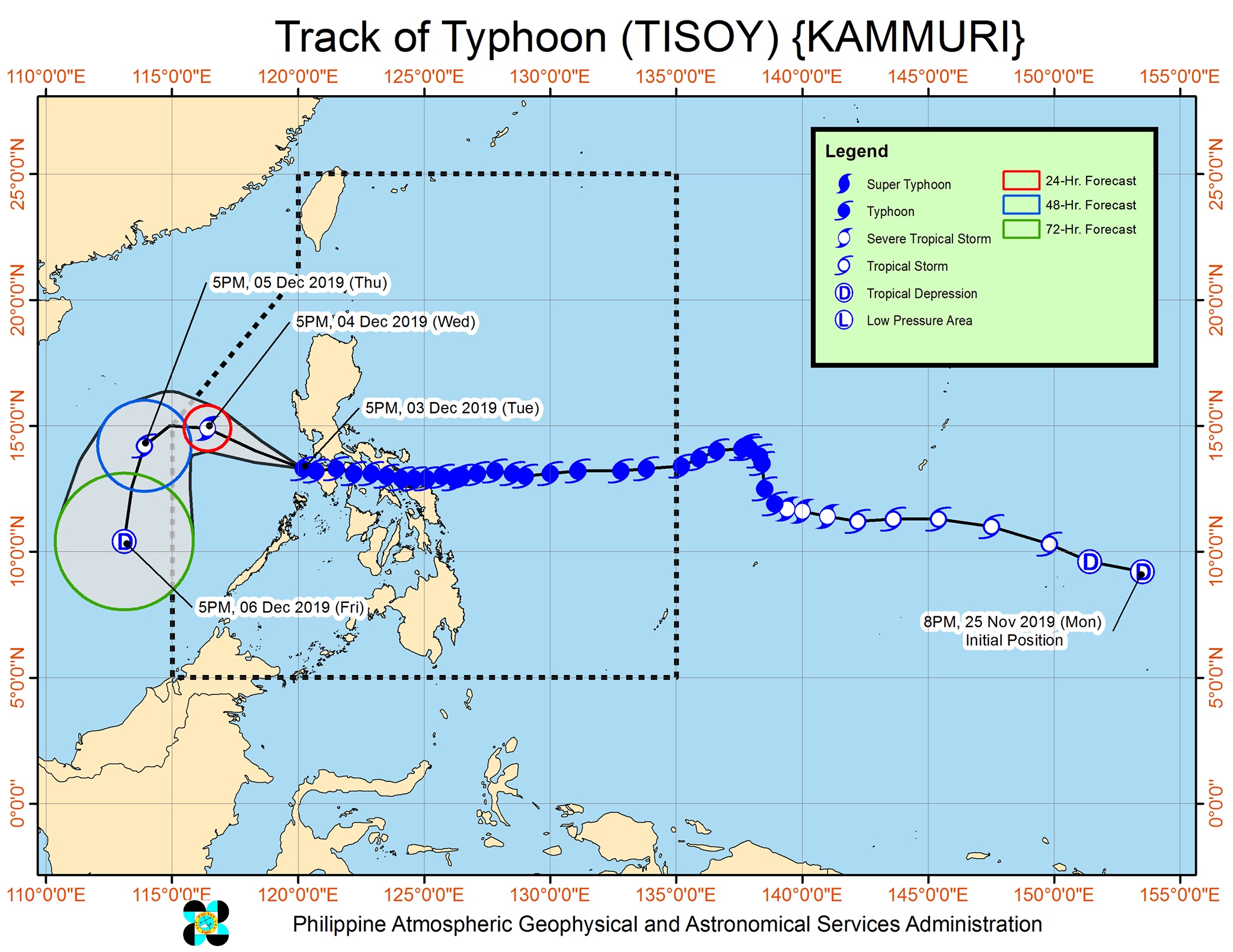