Tisoy moving away, no more areas under wind signals

Dec 4, 2019 12:50 PM PHT
Acor Arceo
Facebook Twitter Copy URL
Copied
But the northeast monsoon is still affecting parts of Luzon, so there could be some rain and gusty conditions on Wednesday, December 4 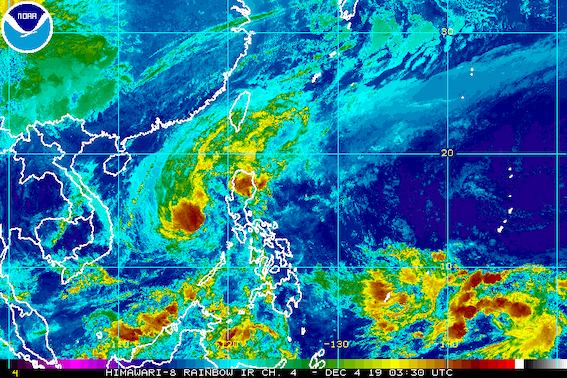 MANILA, Philippines – All tropical cyclone wind signals were lifted on Wednesday morning, December 4, as Severe Tropical Storm Tisoy (Kammuri), which used to be a typhoon, was making its way out of the Philippine Area of Responsibility (PAR).

In a briefing past 11 am on Wednesday, the Philippine Atmospheric, Geophysical, and Astronomical Services Administration (PAGASA) said Tisoy is already 290 kilometers west southwest of Subic, Zambales.

It slowed down a bit and is now moving west northwest at 15 kilometers per hour (km/h) from the previous 20 km/h.

In total, it made landfall 4 times:

The region of Bicol was hard hit. In Albay, hundreds of families were left homeless, while the Legazpi City Domestic Airport sustained heavy damage.

During the typhoon’s onslaught, as high as Signal No. 3 had been raised. (READ: Why is it now called tropical cyclone ‘wind’ – and not ‘warning’ – signals?)

While Tisoy will soon leave PAR, however, the northeast monsoon is still affecting parts of Luzon.

There may still be moderate to occasional heavy rain in the following areas, which could cause flash floods and landslides:

Gusty conditions may also be experienced in other areas of:

The Philippine Coast Guard earlier said more than 7,000 passengers were stranded at the height of Tisoy’s onslaught.

Hundreds of domestic and international flights to and from the Philippines were also canceled. In Metro Manila, the Ninoy Aquino International Airport was closed for 7 hours on Tuesday, December 3, then reopened earlier than scheduled for recovery flights.

Tisoy also disrupted some events of the 2019 Southeast Asian Games, which were either held earlier or postponed. But organizers said the regional meet will wrap up as scheduled next Wednesday, December 11.

Tisoy is expected to leave PAR between Wednesday evening and Thursday morning, December 5. 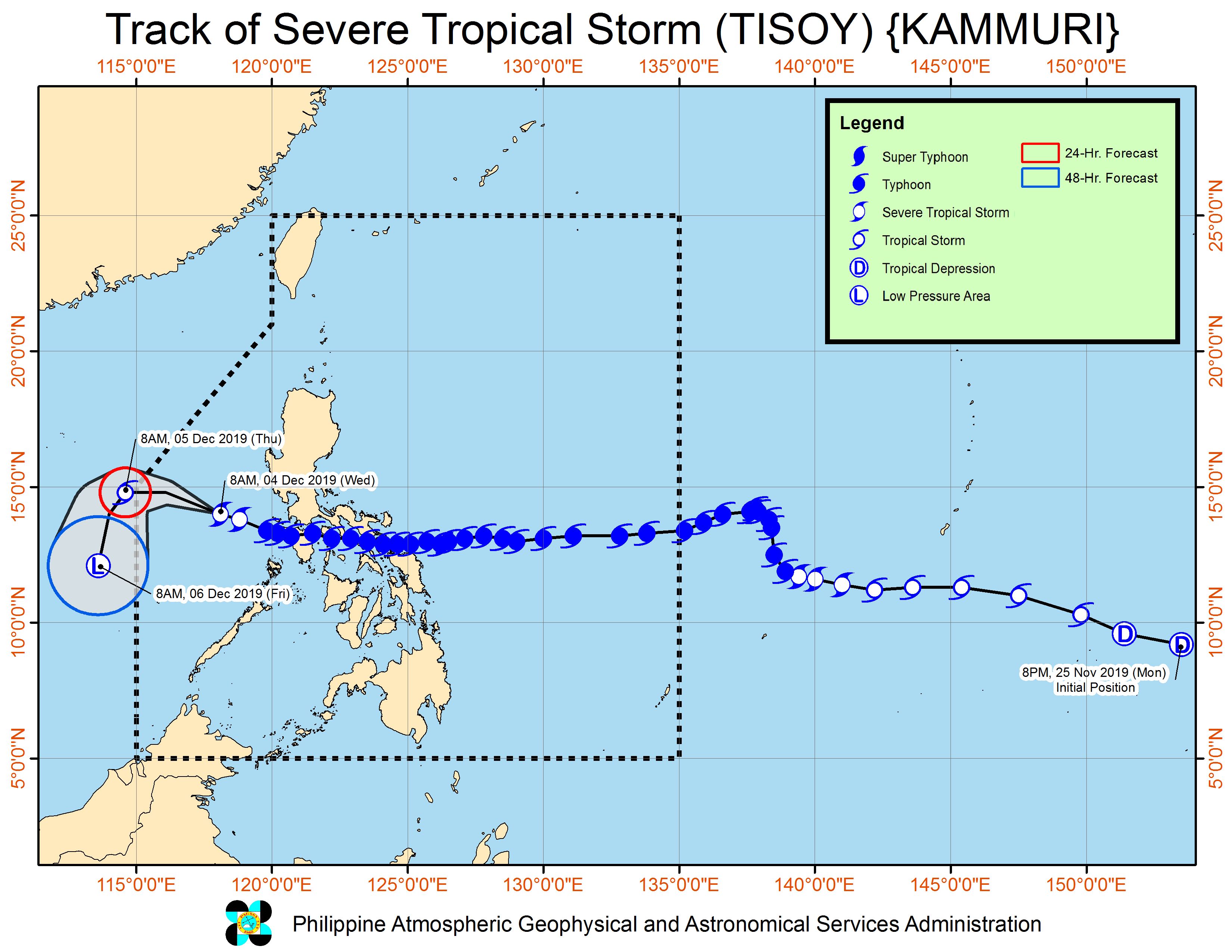