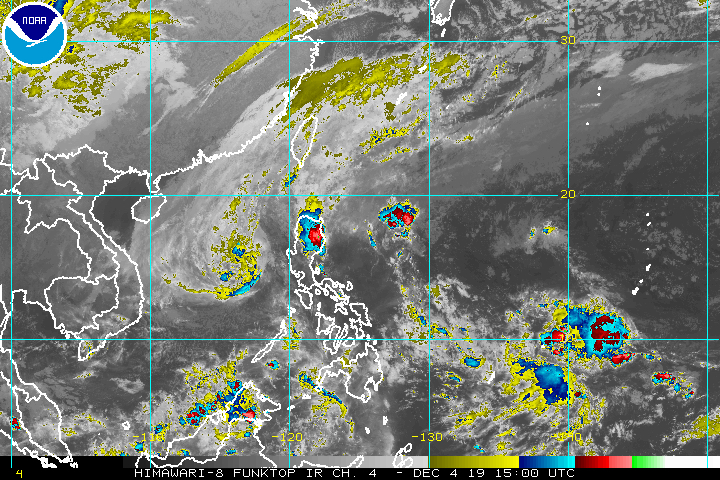 MANILA, Philippines – Tisoy (Kammuri), a typhoon at its peak, further weakened from a severe tropical storm into a tropical storm on Wednesday evening, December 4.

In a briefing past 11 pm on Wednesday, the Philippine Atmospheric, Geophysical, and Astronomical Services Administration (PAGASA) said Tisoy is already 420 kilometers west of Subic, Zambales.

It is still moving away from the country, but at a slow pace of 10 kilometers per hour (km/h).

In total, it made landfall 4 times:

During the typhoon’s onslaught, as high as Signal No. 3 had been raised. (READ: Why is it now called tropical cyclone ‘wind’ – and not ‘warning’ – signals?)

Both President Rodrigo Duterte and Vice President Leni Robredo are planning separate visits to the hardest-hit region of Bicol. Some areas in Bicol are under a state of calamity. (READ: #ReliefPH: Help victims of Typhoon Tisoy)

As of Wednesday evening, PAGASA said Tisoy is no longer directly affecting the country.

It is expected to leave the Philippine Area of Responsibility (PAR) on Thursday morning, December 5, and will likely weaken into a low pressure area (LPA) within 24 hours. 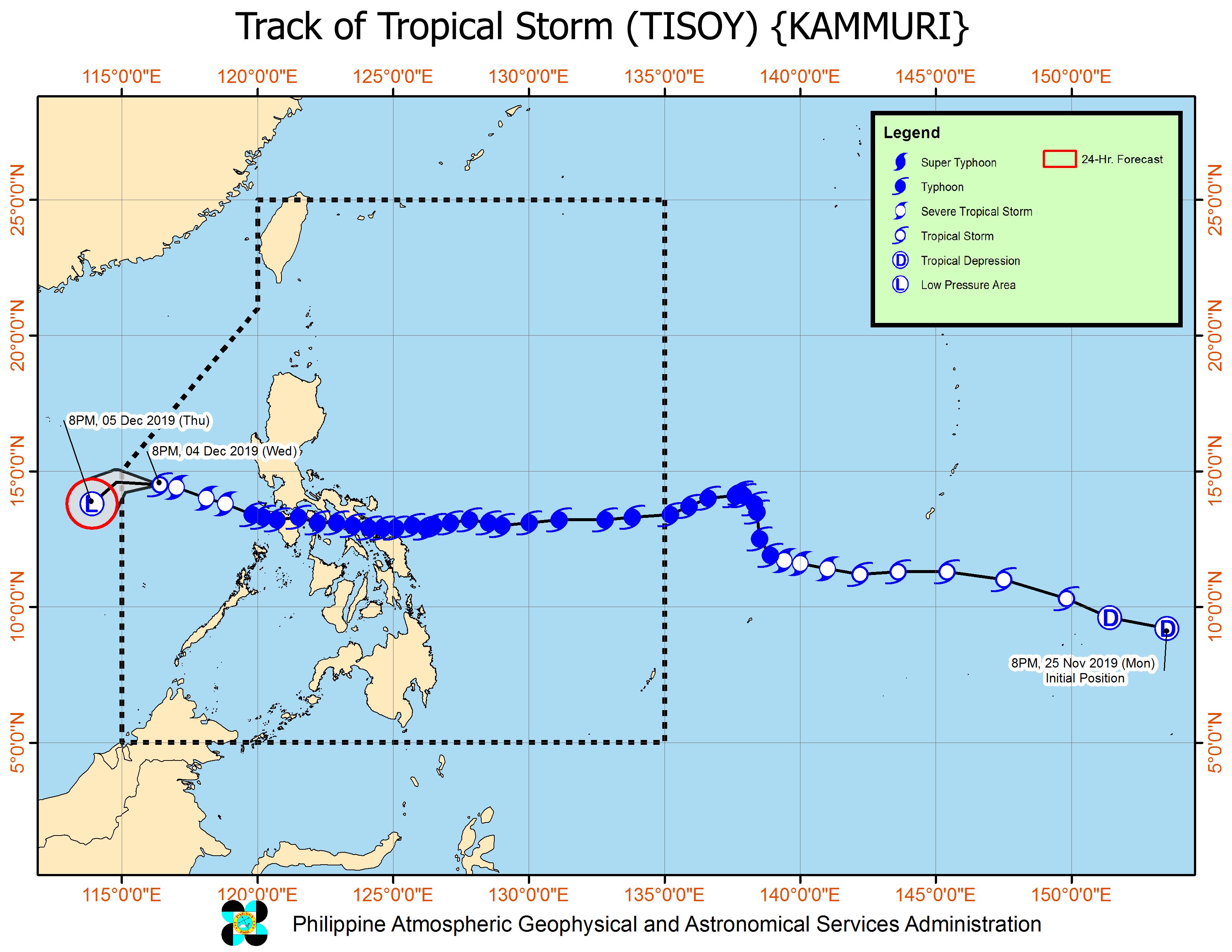 The problem, however, is the surge of the northeast monsoon.

PAGASA warned in a separate 11 pm advisory that the surge of the northeast monsoon would bring rain for the next 12 to 24 hours.

Residents of those areas, especially if they live in places that are prone to floods and landslides, should be on alert.

Travel also remains risky, especially for small vessels, in the seaboards of Northern Luzon and Central Luzon as well as the eastern and western seaboards of Southern Luzon.

The northeast monsoon may trigger gusty conditions in the northern parts of Northern Luzon too, especially in coastal and mountainous areas.

Meanwhile, PAGASA is also monitoring an LPA outside PAR. But the state weather bureau earlier said that this LPA is unlikely to develop into a tropical depression, at least for the next 48 hours.