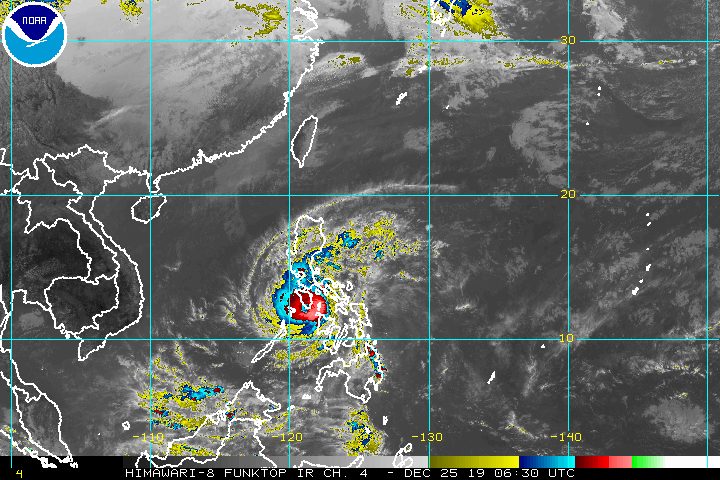 The typhoon is still moving west at 20 kilometers per hour (km/h). It maintained its strength, with maximum winds of 140 km/h and gustiness of up to 195 km/h.

When Ursula’s eyewall reaches the Mindoro area, very destructive winds and intense rainfall will be felt there, warned PAGASA.

“In case of the passage of the eye…calm conditions will be experienced. However, as soon as the eye moves out of the area, violent conditions associated with the eyewall will resume,” PAGASA said.

The state weather bureau has already lifted tropical cyclone wind signals for Sorsogon and the northern part of Cebu. The rest of Christmas Day will still be rainy for parts of Luzon and the Visayas. (READ:  FAST FACTS: Tropical cyclones, rainfall advisories)

There may also be storm surges 1 to 2 meters high within the next 24 hours in these provinces: