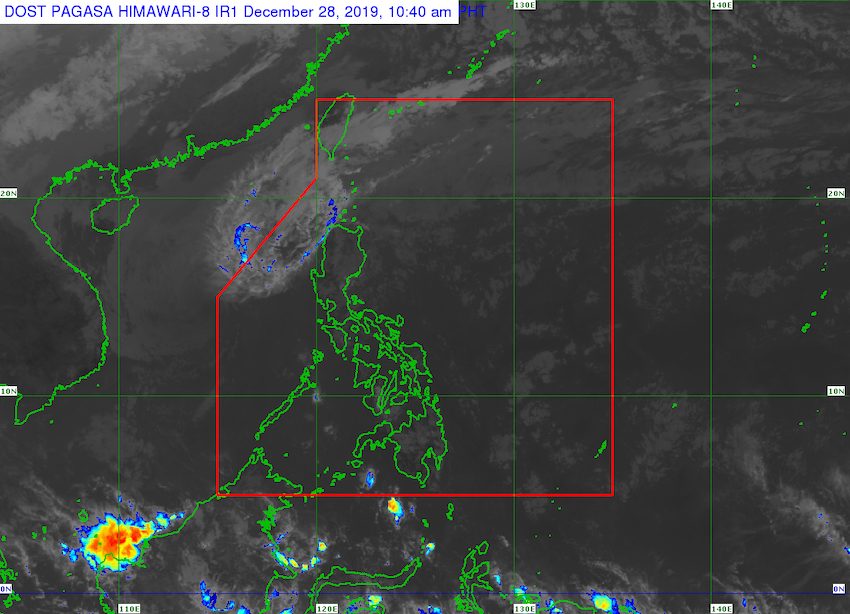 Facebook Twitter Copy URL
Copied
The deadly Ursula (Phanfone) exits the Philippine Area of Responsibility at 9:50 am on Saturday, December 28

MANILA, Philippines – Ursula (Phanfone), which barreled through the Visayas and parts of Luzon as a deadly Christmas typhoon, left the Philippine Area of Responsibility (PAR) as a tropical storm at 9:50 am on Saturday, December 28.

In a bulletin issued 11 am on Saturday, the Philippine Atmospheric, Geophysical, and Astronomical Services Administration (PAGASA) said Ursula is already 595 kilometers west of Subic, Zambales, outside PAR.

It is moving west southwest at a slow 10 kilometers per hour (km/h).

At the time of its exit, Ursula had maximum sustained winds of 65 km/h and gustiness of up to 80 km/h. It had weakened into a severe tropical storm on Friday afternoon, December 27, and then into a tropical storm before dawn on Saturday.

When Ursula made its first landfall in Eastern Samar last Tuesday, December 24, it had maximum winds of 120 km/h and gustiness of up to 150 km/h.

In the wake of heavy flooding and serious damage caused by Ursula, assessment and clearing operations continue.

It had also disrupted sea and air travel during the holiday rush, as well as downed communication and power lines.

It is also seen to be the last tropical cyclone for the year, with no other brewing storm being monitored. (READ: FAST FACTS: Tropical cyclones, rainfall advisories) Meanwhile, the tail-end of a cold front is bringing scattered light to moderate rain and isolated thunderstorms over the Cordillera Administrative Region, Cagayan Valley, and Aurora on Saturday.

Travel is also risky, especially for small vessels, in the seaboards of Northern Luzon due to the surge of the northeast monsoon or hanging amihan.