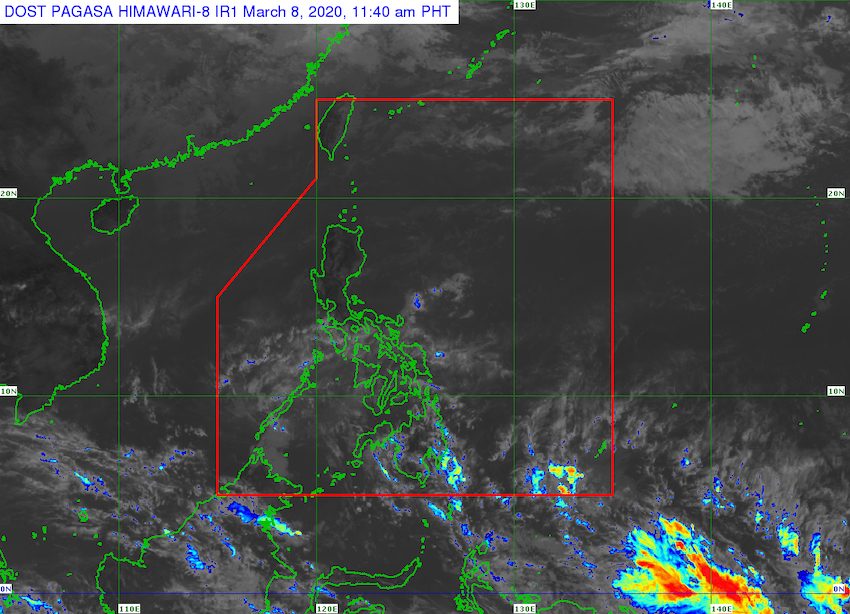 MANILA, Philippines – The low pressure area (LPA) inside the Philippine Area of Responsibility is bringing rain to the province of Palawan on Sunday, March 8.

In a bulletin issued 11 am on Sunday, the Philippine Atmospheric, Geophysical, and Astronomical Services Administration (PAGASA) said the LPA is already 180 kilometers south southeast of Puerto Princesa City, Palawan.

Because of the LPA, Palawan is experiencing light to moderate rain. There may also be isolated heavy rain during thunderstorms, warned PAGASA.

But according to the state weather bureau, the LPA is still unlikely to develop into a tropical depression. It may dissipate within 24 to 48 hours.

The Philippines gets an average of 20 tropical cyclones per year. There have been none, so far, in 2020. (READ: FAST FACTS: Tropical cyclones, rainfall advisories)

Below is the estimated number of tropical cyclones from March to August.

Meanwhile, PAGASA said the tail-end of a cold front is no longer affecting the country. On Saturday, March 7, it had brought rain to Bicol, Quezon, Marinduque, and Romblon.

The Philippines’ dry season is expected to begin soon. – Rappler.com