Facebook Twitter Copy URL
Copied
Signal Nos. 1 and 2 remain raised in many parts of Luzon as of 11 pm on Friday, May 15, even as Severe Tropical Storm Ambo (Vongfong) continues to weaken

MANILA, Philippines – Severe Tropical Storm Ambo (Vongfong) continued to weaken late Friday evening, May 15, as it began moving over the northern part of Bulacan and the southern part of Nueva Ecija.

In a bulletin released past 11 pm on Friday, the Philippine Atmospheric, Geophysical, and Astronomical Services Administration (PAGASA) said Ambo is already in the vicinity of San Miguel, Bulacan, still moving northwest at 20 kilometers per hour (km/h).

Ambo earlier made landfall 6 times as a typhoon, and once – the latest – as a severe tropical storm.

While in the vicinity of Quezon on Friday night, Ambo had also triggered strong winds and heavy rain in Metro Manila. Conditions in the capital region improved later in the evening.

As of 11 pm on Friday, Signal Nos. 1 and 2 remain raised in many parts of Luzon. (READ: Why is it now called tropical cyclone ‘wind’ – and not ‘warning’ – signals?)

Rain from Ambo will also continue through the night, and this weekend.

Until Saturday morning, May 16

PAGASA warned that Ambo may still cause floods and landslides even though it is gradually weakening. Tens of thousands of people earlier fled their homes as authorities enforced preemptive evacuation. (READ: Social distancing ‘per family’ at Typhoon Ambo evacuation centers)

PAGASA said Ambo will continue crossing Luzon before emerging over the coastal waters of the Ilocos Region on Saturday morning, May 16.

Ambo is expected to leave the Philippine Area of Responsibility on Monday, May 18. By then, it is likely to have weakened already into a low pressure area. 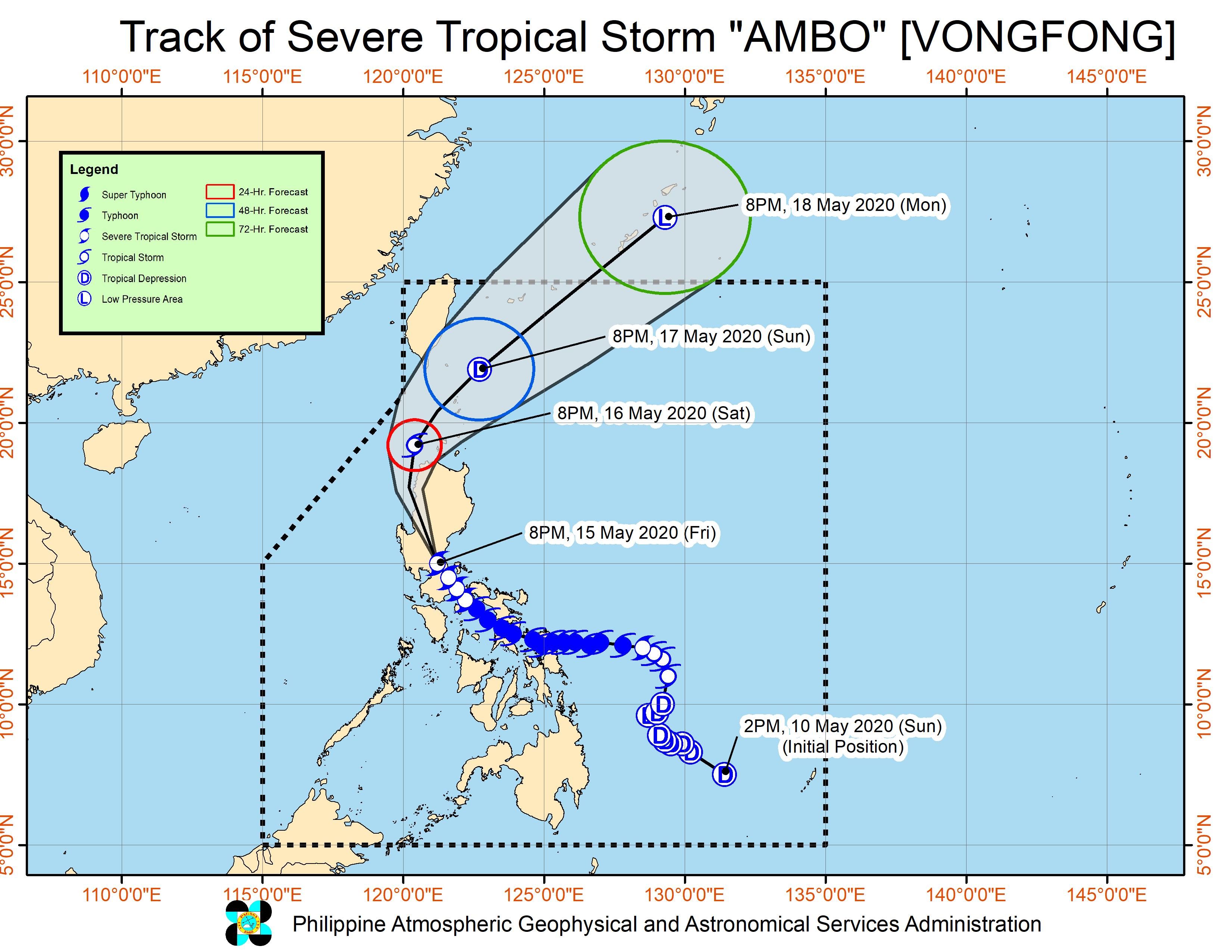