Facebook Twitter Copy URL
Copied
Signal No. 1 is lifted in Batanes, but PAGASA says there will still be rain in the province until Sunday evening, May 17

MANILA, Philippines – Ambo (Vongfong) weakened from a tropical depression into a low pressure area (LPA) on Sunday afternoon, May 17, while moving over the Bashi Channel.

In a bulletin issued 5 pm on Sunday, the Philippine Atmospheric, Geophysical, and Astronomical Services Administration (PAGASA) said the LPA which used to be Ambo is now 125 kilometers northwest of Basco, Batanes.

With the development, Signal No. 1 has been lifted in Batanes. (READ: Why is it now called tropical cyclone ‘wind’ – and not ‘warning’ – signals?)

But PAGASA said light to moderate rain will still persist in Batanes until Sunday night. The rain may be heavy at times.

Seas off Batanes and Babuyan Islands will also be moderate to rough. PAGASA advised fishermen and those with small vessels not to set sail. (READ: FAST FACTS: Tropical cyclones, rainfall advisories)

Ambo was a typhoon when it lashed parts of Eastern Visayas, Bicol, and Calabarzon, then gradually weakened as it crossed other areas in Luzon. It made landfall 6 times as a typhoon and once as a severe tropical storm, in these areas:

The National Disaster Risk Reduction and Management Council has yet to report casualties from Ambo. 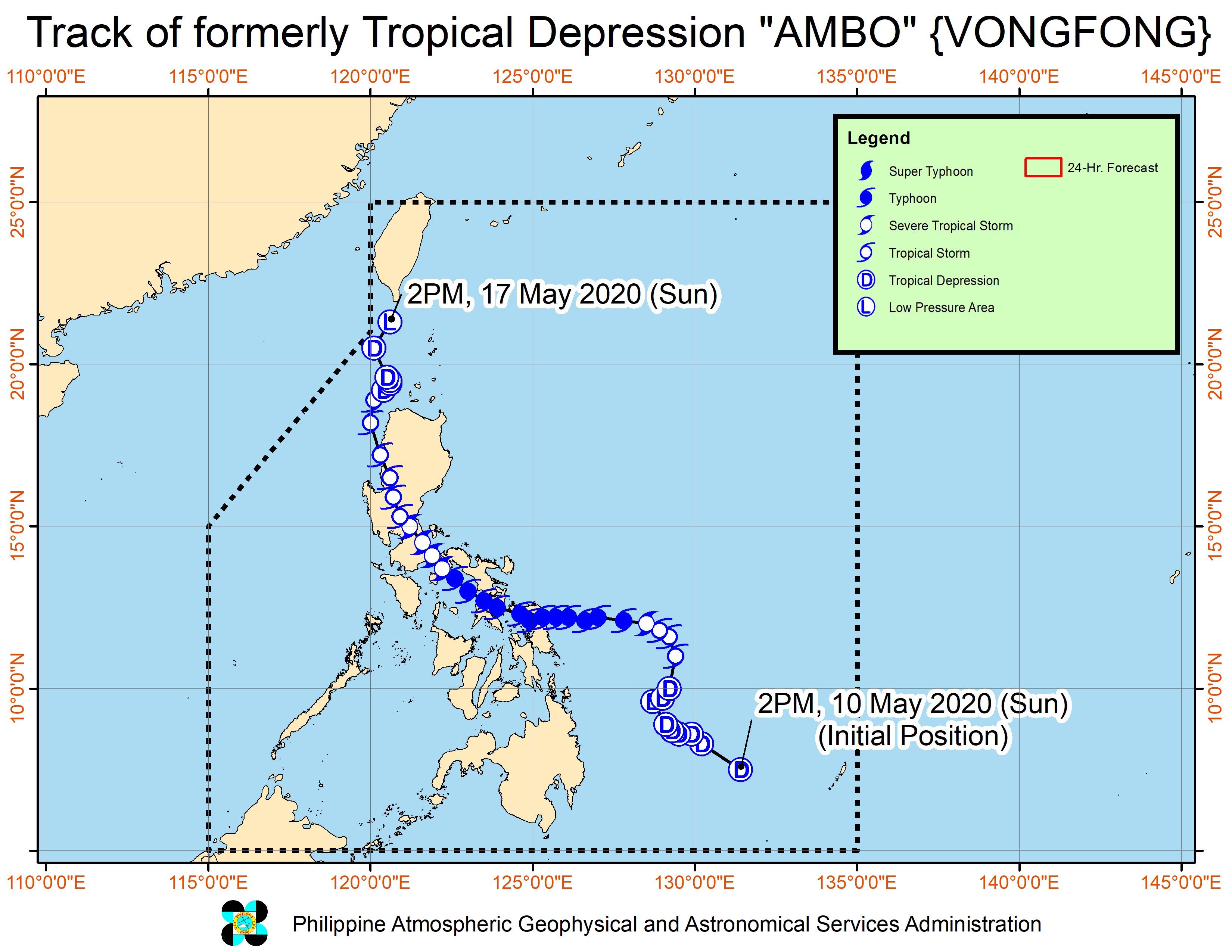 PAGASA Weather Specialist Loriedin de la Cruz said in an online briefing on Sunday that PAGASA is monitoring a new cloud cluster on the eastern side of the Philippine Area of Responsibility.

According to De La Cruz, this cloud cluster is unlikely to develop into a tropical cyclone in the next two days, but the public are advised to monitor updates.