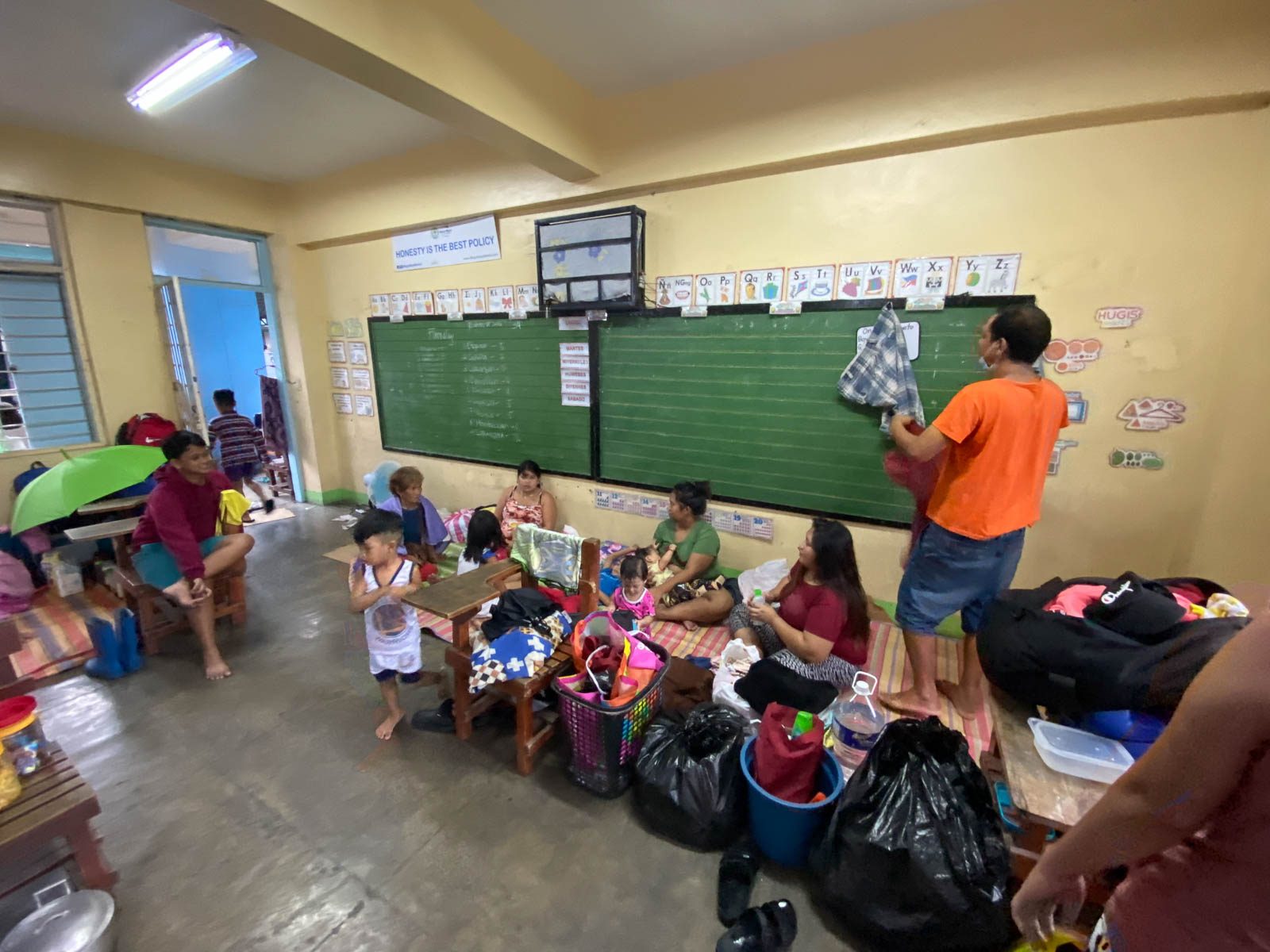 EVACUEES. Barangay Tumana residents stay at the H. Bautista Elementary School in Marikina City after they decided to evacuate due to the rising water level of the Marikina River, July 24, 2021.

Facebook Twitter Copy URL
Copied
(1st UPDATE) Rain is heaviest in Zambales and Bataan, while others in the regions of Metro Manila, Ilocos, Cordillera, Central Luzon, Calabarzon, and Mimaropa also have varying degrees of rainfall on Saturday, July 24

There was no letup in rain from the southwest monsoon or hanging habagat on Saturday, July 24, causing the water level of the Marikina River to rise and forcing thousands of Marikina City residents to evacuate.

The Marikina River was placed under the second alarm for nearly 12 hours on Saturday, after its water level hit 16 meters. Residents in low-lying areas had to flee their homes.

The National Disaster Risk Reduction and Management Council (NDRRMC) said preemptive evacuation had been conducted for a total of 3,316 families or 14,023 persons as of 10 am on Saturday, with almost all of them – 3,077 families or 13,225 persons – in Marikina City alone.

The Philippine Atmospheric, Geophysical, and Astronomical Services Administration (PAGASA) warned in a bulletin at 11 am that rain would persist in parts of Luzon in the next 24 hours. Below is the updated rainfall forecast.

“Under these conditions, scattered to widespread flooding and rain-induced landslides are possible during heavy or prolonged rainfall, especially in areas that are highly or very highly susceptible to these hazards,” PAGASA warned.

The state weather bureau earlier said Typhoon Fabian (In-fa) would continue to enhance the southwest monsoon even after its exit from the Philippine Area of Responsibility. Fabian has been enhancing the southwest monsoon the entire week. (READ: FAST FACTS: Tropical cyclones, rainfall advisories)

Presidential Spokesperson Harry Roque said in a statement on Saturday that the government is “closely monitoring the weather situation,” especially in flood-prone and landslide-prone areas affected by heavy rain.

According to Roque, the Department of Social Welfare and Development has P849.5 million in standby funds, prepositioned goods worth P169.18 million, and other food and non-food items amounting to P676.5 million.

“These are readily available to augment the resources of the local government units (LGUs),” Roque said.

He added that LGUs have provided assistance to affected families in Orion and Samal, Bataan; San Antonio, Zambales; and Balbalan, Kalinga. – Rappler.com