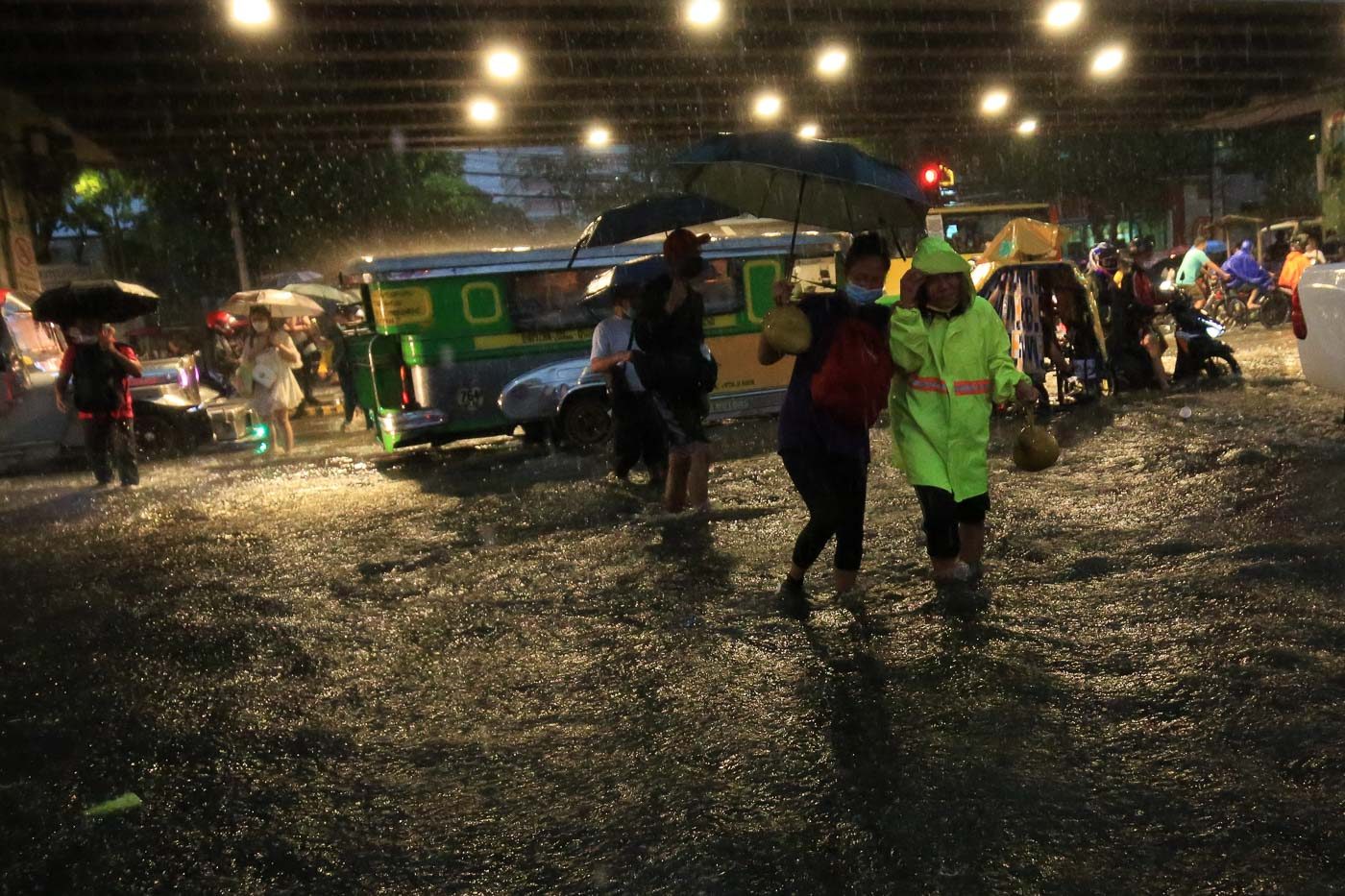 FLOODED. Commuters wade through floods in Manila on August 5, 2022.

MANILA, Philippines – The southwest monsoon or habagat season is over, the weather bureau announced on Wednesday, October 5.

“Recent analyses showed that a significant weakening of the southwest monsoon has been observed over the last few days,” the Philippine Atmospheric, Geophysical, and Astronomical Services Administration (PAGASA) said in a statement.

“Moreover, the strengthening of the high pressure area over the Asian continent has led to the gradual changing of the season,” it added.

The Philippines is now transitioning to the northeast monsoon or amihan season, which is expected to gradually begin in the coming days “with a shift in the direction of the winds.”

The northeast monsoon, which usually lasts from October to February or March, will bring cool, dry air to the Philippines. It may cause rain in the eastern part of the country, too.

PAGASA reminded the public that La Niña is still ongoing.

That means there is an “increased likelihood of above normal rainfall,” which may trigger floods and landslides.