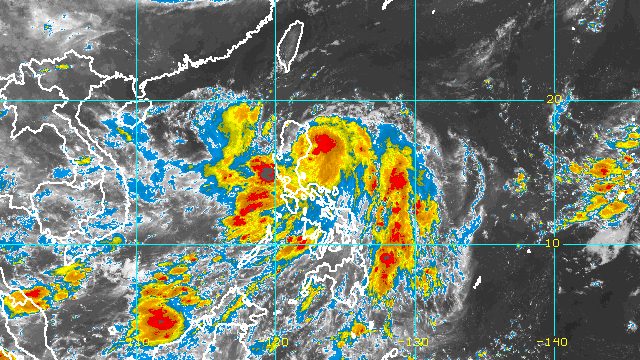 Facebook Twitter Copy URL
Copied
Signal No. 3 is raised in parts of Cagayan and Isabela before dawn on Tuesday, August 23, due to Severe Tropical Storm Florita (Ma-on)

MANILA, Philippines – Florita (Ma-on) intensified from a tropical storm into a severe tropical storm before dawn on Tuesday, August 23, as it headed for the Isabela-Cagayan area.

Florita now has maximum sustained winds of 95 kilometers per hour from the previous 85 km/h and gustiness of up to 115 km/h from 105 km/h, the Philippine Atmospheric, Geophysical, and Astronomical Services Administration (PAGASA) said in its 5 am bulletin on Tuesday.

The severe tropical storm was last spotted 120 kilometers east northeast of Casiguran, Aurora. PAGASA said it has shifted north northwest, moving at 10 km/h, after being almost stationary in the early hours of Tuesday and inching west on Monday evening, August 22.

It could make landfall in Cagayan or Isabela on Tuesday morning or early afternoon, depending on its speed.

“Due to the slight shift in the track forecast, a slight intensification prior to landfall is not ruled out,” PAGASA said.

Since Florita strengthened into a severe tropical storm, Signal No. 3 has been raised in parts of Cagayan and Isabela. These are the areas under tropical cyclone wind signals as of 5 am on Tuesday:

Rain from Florita will also worsen on Tuesday, especially in Northern Luzon. Floods and landslides are expected.

Florita also continues to enhance the southwest monsoon or hanging habagat, which will bring rain to Western Visayas, Mimaropa, and other parts of Bicol on Tuesday. PAGASA warned of dangerous coastal conditions due to Florita and the southwest monsoon.

Florita is projected to cross Northern Luzon on Tuesday and emerge over the West Philippine Sea in the evening.

It is expected to leave the Philippine Area of Responsibility on Wednesday morning, August 24.

Florita is the country’s sixth tropical cyclone for 2022. – Rappler.com