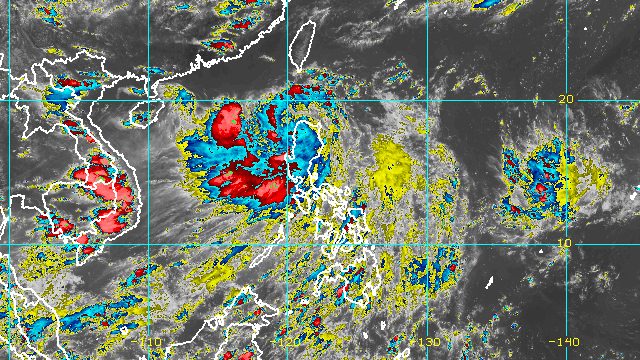 Florita’s maximum sustained winds decreased from 110 kilometers per hour to 100 km/h due to the “rugged terrain” of Northern Luzon, the Philippine Atmospheric, Geophysical, and Astronomical Services Administration (PAGASA) said in a briefing past 5 pm on Tuesday.

The severe tropical storm’s gustiness is up to 165 km/h.

Florita was last spotted in the vicinity of Kabugao, Apayao. It earlier made landfall in Maconacon, Isabela, at 10:30 am, then crossed Isabela and Cagayan.

PAGASA said the severe tropical storm is moving northwest at 20 km/h, and will continue to cross Apayao, followed by Ilocos Norte, before emerging over the West Philippine Sea on Tuesday evening.

Rain from Florita will persist in parts of Luzon. Several areas were already flooded on Tuesday.

Florita also continues to enhance the southwest monsoon or hanging habagat, which is causing rain in Mimaropa and Western Visayas.

These areas remain under tropical cyclone wind signals as of 5 pm on Tuesday:

PAGASA added that gusts may be experienced in these areas until Wednesday, August 24: Florita, the country’s sixth tropical cyclone for 2022, is expected to leave the Philippine Area of Responsibility on Wednesday morning.

Over the West Philippine Sea, Florita might re-intensify and become a typhoon by Wednesday afternoon. – Rappler.com