In a bulletin at 8 am on Tuesday, the Philippine Atmospheric, Geophysical, and Astronomical Services Administration (PAGASA) said Florita was already over the coastal waters of Palanan, Isabela, moving north northwest at 20 kilometers per hour (km/h), doubling its speed.

There are now two scenarios for Florita’s landfall:

Florita still has maximum sustained winds of 95 km/h and gustiness of up to 115 km/h, but PAGASA is not ruling out the possibility of slight intensification before landfall.

The weather bureau updated its rainfall forecast for Florita as of 8 am:

Florita is still enhancing the southwest monsoon or hanging habagat, which is bringing rain to Western Visayas, Mimaropa, and other parts of Bicol on Tuesday.

Both Florita and the southwest monsoon can cause floods and landslides.

Meanwhile, tropical cyclone wind signals are in effect in the following areas as of 8 am: 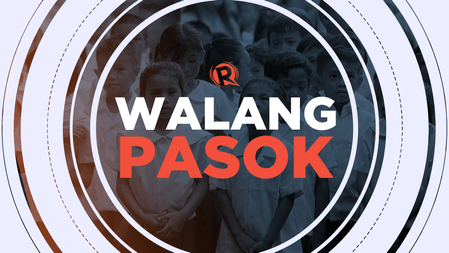 PAGASA also warned of dangerous coastal conditions due to Florita and the southwest monsoon.

Florita is projected to cross Northern Luzon on Tuesday and emerge over the West Philippine Sea in the evening.

It is expected to leave the Philippine Area of Responsibility on Wednesday morning, August 24.

Florita is the country’s sixth tropical cyclone for 2022. – Rappler.com