Karding now a severe tropical storm; Signal No. 2 up 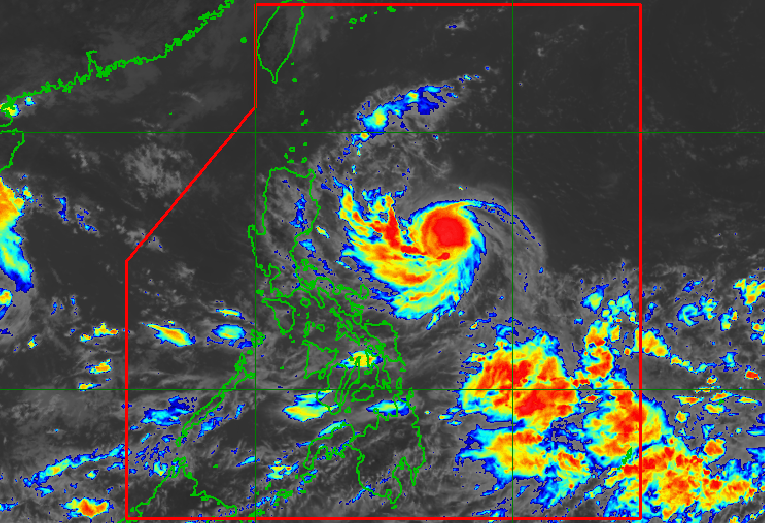 KARDING. Satellite image of Severe Tropical Storm Karding (Noru) as of September 24, 2022, 11 am.

Facebook Twitter Copy URL
Copied
Signal No. 2 is raised for some areas at 11 am on Saturday, September 24, due to Severe Tropical Storm Karding (Noru). Many other areas are placed under Signal No. 1, including Metro Manila.

MANILA, Philippines – Karding (Noru) strengthened from a tropical storm into a severe tropical storm at 8 am on Saturday, September 24, as it continued heading for Central Luzon and Northern Luzon.

Karding’s maximum sustained winds increased from 85 kilometers per hour to 100 km/h, the Philippine Atmospheric, Geophysical, and Astronomical Services Administration (PAGASA) said in a briefing past 11 am on Saturday. Its gustiness is now up to 125 km/h from the previous 105 km/h.

Karding is now projected to intensify into a typhoon before it makes landfall, and is “highly likely” to remain a typhoon while crossing land.

The severe tropical storm maintained its west southwest movement, but accelerated to a speed of 25 km/h from the previous 15 km/h.

It is moving toward the east coast of Aurora or Isabela, where it is likely to make landfall on Sunday morning or afternoon, September 25. It will then cross Central Luzon or Northern Luzon before emerging over the West Philippine Sea late Sunday evening or early Monday morning, September 26.

Signal No. 2 was raised for the first time at 11 am on Saturday, giving affected areas 24 hours to prepare.

Many other areas were placed under Signal No. 1, including Metro Manila.

Here is the full list of places under tropical cyclone wind signals as of 11 am:

Since Karding is now expected to become a typhoon before landfall, the highest possible wind signal is Signal No. 4.

PAGASA also updated its rainfall forecast for Karding. It announced more areas where rain is expected, and is now warning of torrential rain from the severe tropical storm.

Floods and landslides are possible.

PAGASA added that the northeasterlies and the approaching severe tropical storm could cause moderate to rough seas, with waves 1.5 to 3.5 meters high, in the seaboards of Northern Luzon on Saturday.

On Sunday, the seaboards of Northern Luzon and the eastern seaboard of Central Luzon are expected to have rough to very rough seas, with waves 2.8 to 6.5 meters high.

The expected sea conditions during the weekend would be risky for most vessels.