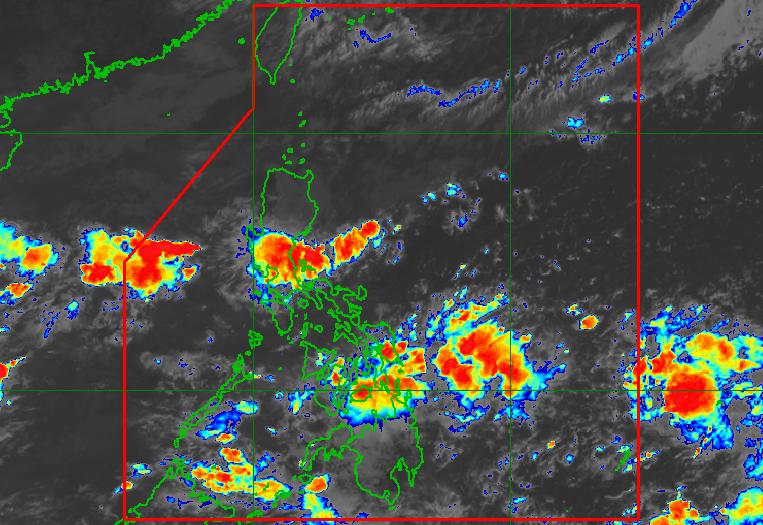 Facebook Twitter Copy URL
Copied
Rain in Aurora, Quezon, and Eastern Visayas may be intense at times on Tuesday, October 25

MANILA, Philippines – The shear line and the intertropical convergence zone (ITCZ) are bringing rain to several areas in the Philippines on Tuesday, October 25.

The shear line is the point where warm air and cold air converge, while the ITCZ is a belt near the equator where the trade winds of the Northern Hemisphere and Southern Hemisphere meet.

In an advisory at 11 am on Tuesday, the Philippine Atmospheric, Geophysical, and Astronomical Services Administration (PAGASA) said rain is hitting the following areas:

The weather bureau also continues to monitor the low pressure area (LPA) inside the Philippine Area of Responsibility.

The LPA was located 820 kilometers east of Eastern Visayas on Tuesday morning, still too far to affect the country.

PAGASA said the LPA may develop into a tropical depression within 72 hours.

If it does become a tropical depression, it would be the Philippines’ 16th tropical cyclone for 2022 and the fourth for October.

Its local name would be Paeng.

Further updates are expected in the coming days. – Rappler.com