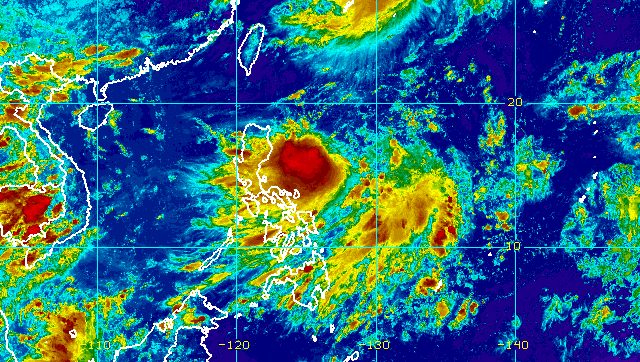 Facebook Twitter Copy URL
Copied
Signal No. 1 is raised for several areas in the provinces of Aurora, Isabela, and Cagayan on Sunday afternoon, August 21, due to Tropical Depression Florita

MANILA, Philippines – Tropical Depression Florita strengthened a bit as it continued moving over the Philippine Sea on Sunday afternoon, August 21.

Florita now has maximum sustained winds of 55 kilometers per hour from the previous 45 km/h, while its gustiness increased to 70 km/h from 55 km/h.

The Philippine Atmospheric, Geophysical, and Astronomical Services Administration (PAGASA) said in its 5 pm bulletin on Sunday that the tropical depression was located 540 kilometers east of Tuguegarao City, Cagayan, moving west southwest toward Northern Luzon at 15 km/h.

As of 5 pm, PAGASA already raised Signal No. 1 for the following areas:

PAGASA said it could raise Signal No. 2 for areas in the eastern part of Northern Luzon as early as Monday morning, August 22.

PAGASA warned that scattered to widespread floods and landslides are possible.

Moderate to rough seas are also expected in the eastern seaboards of Luzon. Waves will be 1.2 to 2.8 meters high, making conditions risky for small vessels.

The weather bureau expects Florita to intensify into a tropical storm on Monday morning or afternoon, and reach a peak intensity of 75 km/h before landfall.

Florita could make landfall either in Cagayan or the northern part of Isabela on Tuesday morning or afternoon.

Then it may cross several provinces in Northern Luzon before emerging over the West Philippine Sea by early Wednesday morning, August 24. As it crosses land, it may slightly weaken, but it is likely to remain a tropical storm.

Florita, the country’s sixth tropical cyclone for 2022, is expected to leave the Philippine Area of Responsibility on Wednesday.