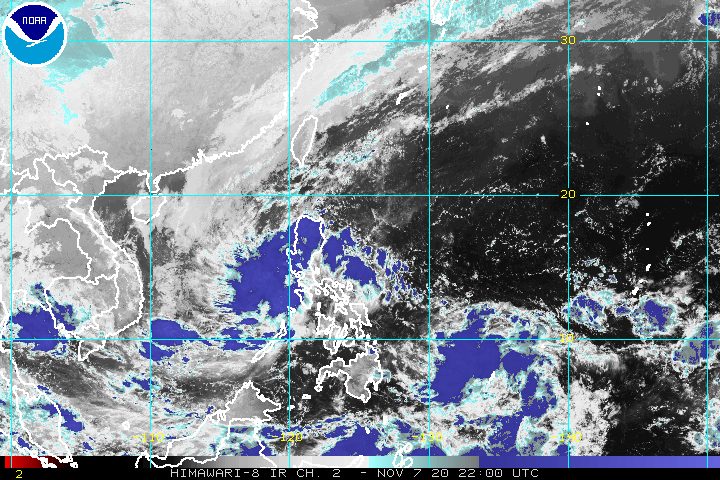 Facebook Twitter Copy URL
Copied
Metro Manila is added to the list of areas under Signal No. 1 due to Tropical Depression Tonyo before dawn on Sunday, November 8

Tropical Depression Tonyo was expected to pass close to or over Marinduque, Oriental Mindoro, and Occidental Mindoro early Sunday, November 8.

But the Philippine Atmospheric, Geophysical, and Astronomical Services Administration (PAGASA) said that “given the recent shift” in Tonyo’s direction, “there is an increasing likelihood that its center will make landfall in the vicinity of southern Quezon or Batangas.”

PAGASA said in its 5 am bulletin on Sunday that Tonyo was located 90 kilometers south southeast of Alabat, Quezon, moving west northwest at 25 kilometers per hour (km/h).

The tropical depression continues to have maximum sustained winds of 45 km/h, while its gustiness is now at 60 km/h.

Below is the latest list of areas under Signal No. 1 as of 5 am on Sunday, which now includes Metro Manila.

In terms of rainfall, PAGASA provided this updated outlook for Sunday:

Residents of those areas must continue to watch out for possible floods and landslides. (READ: FAST FACTS: Tropical cyclones, rainfall advisories)

There will also be rough to very rough seas, with waves 2.5 to 3.5 meters high, due to the northeast monsoon here: