Signal No. 2 in Batanes as Typhoon Henry begins to move slowly 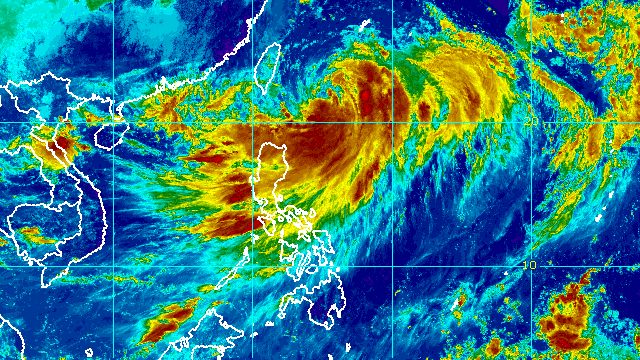 MANILA, Philippines – Signal No. 2 was raised for the province of Batanes on Friday morning, September 2, due to Typhoon Henry (Hinnamnor).

Henry was last spotted 365 kilometers east northeast of Itbayat, Batanes, slowly moving northwest after being almost stationary in the early hours of Friday.

As projected, the typhoon weakened further, with its maximum sustained winds decreasing from 175 kilometers per hour to 165 km/h. Its gustiness went down from 215 km/h to 205 km/h.

Despite the weakening trend, however, Henry remains a strong tropical cyclone.

These are the areas under tropical cyclone wind signals as of 11 am on Friday:

The Philippine Atmospheric, Geophysical, and Astronomical Services Administration (PAGASA) also updated its rainfall forecast for Henry as of 11 am:

Isolated to scattered floods and landslides are possible in areas seeing rain from Henry.

PAGASA also issued a separate 11 am advisory for the southwest monsoon or hanging habagat, which is being enhanced by the typhoon.

Rain from the southwest monsoon may affect the following areas on Friday:

Scattered floods and landslides are possible in areas affected by the southwest monsoon.

Also at 11 am, PAGASA issued an updated gale warning, covering the following seaboards:

Moderate to rough seas may also be seen in the eastern seaboard of Southern Luzon on Friday. Waves could be 1.2 to 3 meters high, making conditions risky for small vessels.

Henry could also weaken further on Friday, then re-intensify on Saturday morning while heading north.