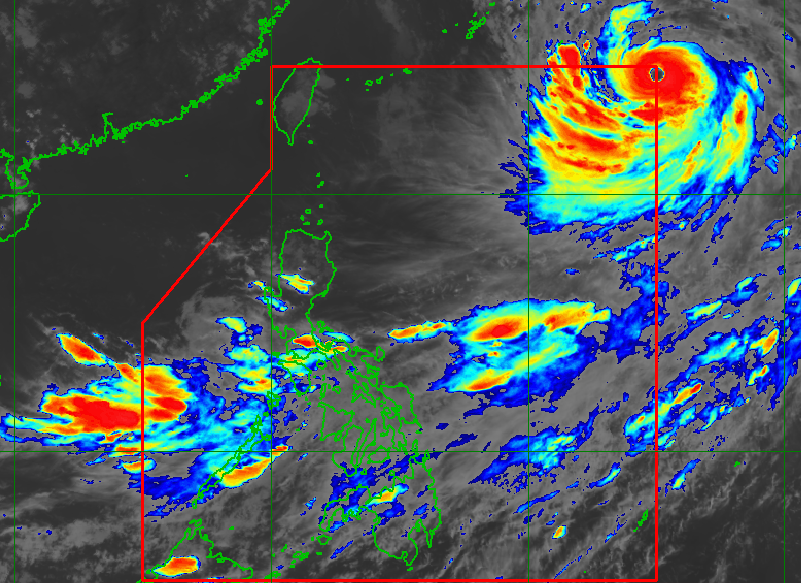 Facebook Twitter Copy URL
Copied
Typhoon Josie (Nanmadol) is only expected to stay inside the Philippine Area of Responsibility for several hours, but it is enhancing the southwest monsoon

It was given the local name Josie.

It will not directly affect weather in the country, and may already exit PAR on Friday evening or early Saturday morning, September 17.

As of 3 pm on Friday, Josie was over 1,400 kilometers east northeast of extreme Northern Luzon, moving northwest at 10 kilometers per hour (km/h).

PAGASA said on Friday morning that it was expecting Josie to become a super typhoon within 24 hours. A super typhoon has maximum sustained winds of 185 km/h or above.

While Josie will have no direct effect on the Philippines, it is enhancing the southwest monsoon or hanging habagat.

PAGASA said the southwest monsoon will continue bringing scattered rain showers and thunderstorms to these areas:

Flash floods and landslides are possible during periods of moderate to heavy rain.

Gusty conditions may also be felt in these areas due to the southwest monsoon: