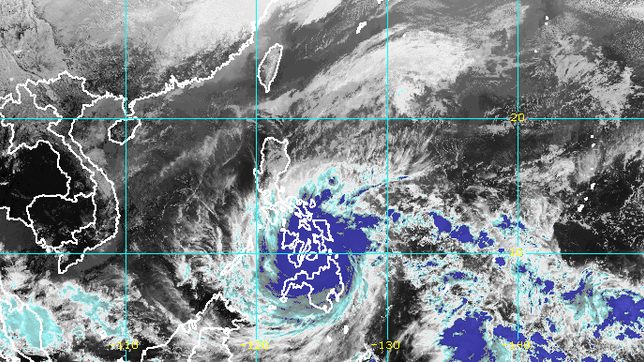 MANILA, Philippines – Typhoon Odette (Rai) made its third and fourth landfalls in the province of Southern Leyte on Thursday afternoon, December 16.

These are Odette’s landfalls, so far:

It also maintained its strength, with maximum sustained winds of 195 km/h. But its gustiness increased from 240 km/h to 270 km/h.

Here are the areas under tropical cyclone wind signals as of 5 pm:

There remains a “moderate to high risk” of storm surges up to 3 meters high “which may cause life-threatening flooding in the low-lying coastal areas of Central Visayas, Iloilo, Guimaras, Negros Occidental, Southern Leyte, Dinagat Islands, Surigao del Norte, Surigao del Sur, Agusan del Norte, and several localities in the northern portion of Palawan including Calamian, Cuyo, and Cagayancillo Islands, Antique, the southern portions of Samar and Eastern Samar, Leyte, and Misamis Oriental.”

Moderate to very high seas are also being experienced in seaboards of areas under tropical cyclone wind signals. Waves are 1.2 to 12 meters high, making travel risky for all types of vessels.

The remaining seaboards of the Philippines not under any wind signal have moderate to rough seas. Waves are 1.2 to 3.1 meters high and conditions are risky for small vessels.

After its first four landfalls, Odette will cross several provinces in Central Visayas and Western Visayas before emerging over the Sulu Sea on Friday morning, December 17.