Luzon bracing for impact as Ulysses now a typhoon 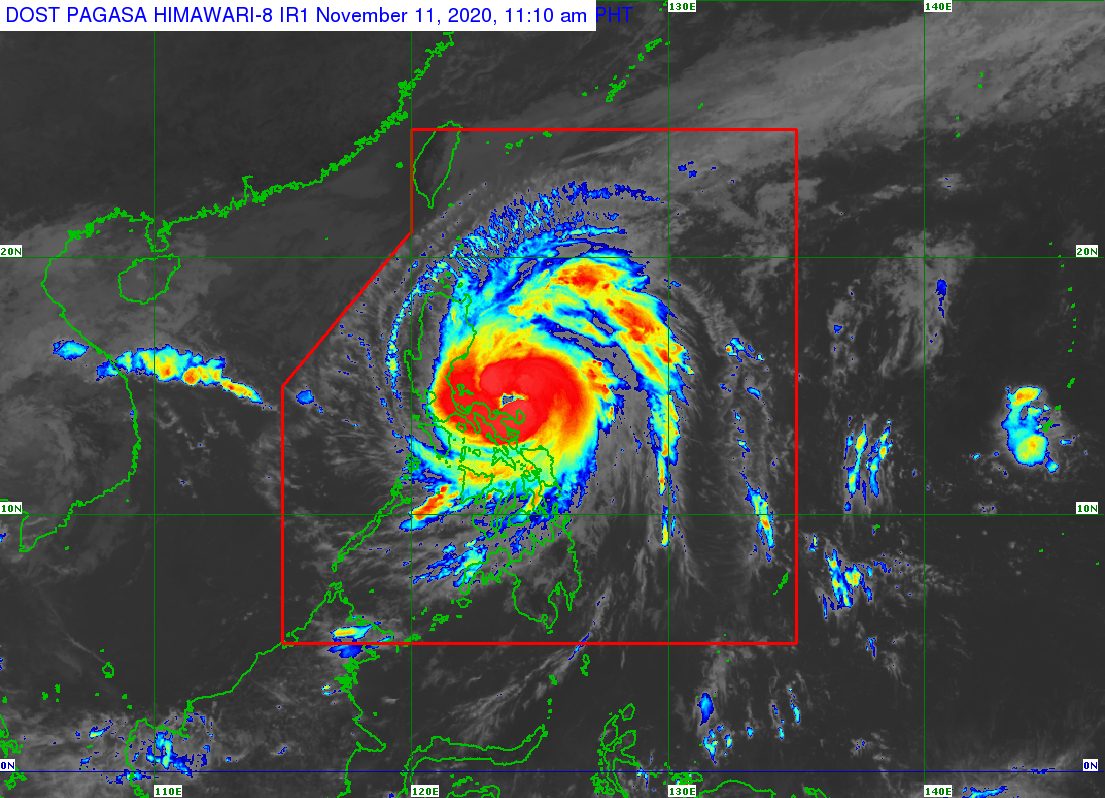 Facebook Twitter Copy URL
Copied
(3rd UPDATE) Signal No. 3 is raised in much of Central Luzon and Southern Luzon, including Metro Manila, as of 11 am on Wednesday, November 11

Ulysses (Vamco) intensified from a severe tropical storm into a typhoon at 8 am on Wednesday, November 11, while moving closer to the provinces of Quezon and Aurora.

In a press briefing past 11 am on Wednesday, the Philippine Atmospheric, Geophysical, and Astronomical Services Administration (PAGASA) said Ulysses now has maximum sustained winds of 125 kilometers per hour (km/h) from the previous 110 km/h and gustiness of up to 155 km/h from the previous 135 km/h.

As of late Wednesday morning, the typhoon is already 100 kilometers north of Virac, Catanduanes.

It is moving west northwest at the same speed of 20 km/h.

“Destructive winds and intense with at times torrential rainfall associated with the region of the eyewall and inner rainbands of the typhoon will be experienced over the northern portions of Catanduanes, Camarines Sur, and Camarines Norte until tonight (Wednesday evening), and over Aurora and [the] northern portion of Quezon tonight through tomorrow early morning (early Thursday morning),” PAGASA warned.

Signal No. 3 is now raised in much of Central Luzon and Southern Luzon, including Metro Manila, while many other areas are under Signal Nos. 1 and 2. Below is the complete list as of 11 am on Wednesday.

As for rainfall, PAGASA provided the updated outlook below. Floods, landslides, and lahar flows could occur.

“Due to the orientation of the track forecast, these provinces may fall within the inner rainbands or eyewall region of this typhoon during the passage,” the state weather bureau warned.

Then Ulysses would cross Central Luzon and emerge over the western seaboard of Zambales between Thursday morning and afternoon. Note that the typhoon has shifted upwards, so the latest forecast track shows its center may not directly pass through Metro Manila. Despite this, the threat remains in the capital region.

PAGASA said Ulysses could slightly weaken as it crosses Central Luzon “due to frictional effects in the presence of the Sierra Madre and Zambales mountain ranges.” But it is likely to remain a typhoon.