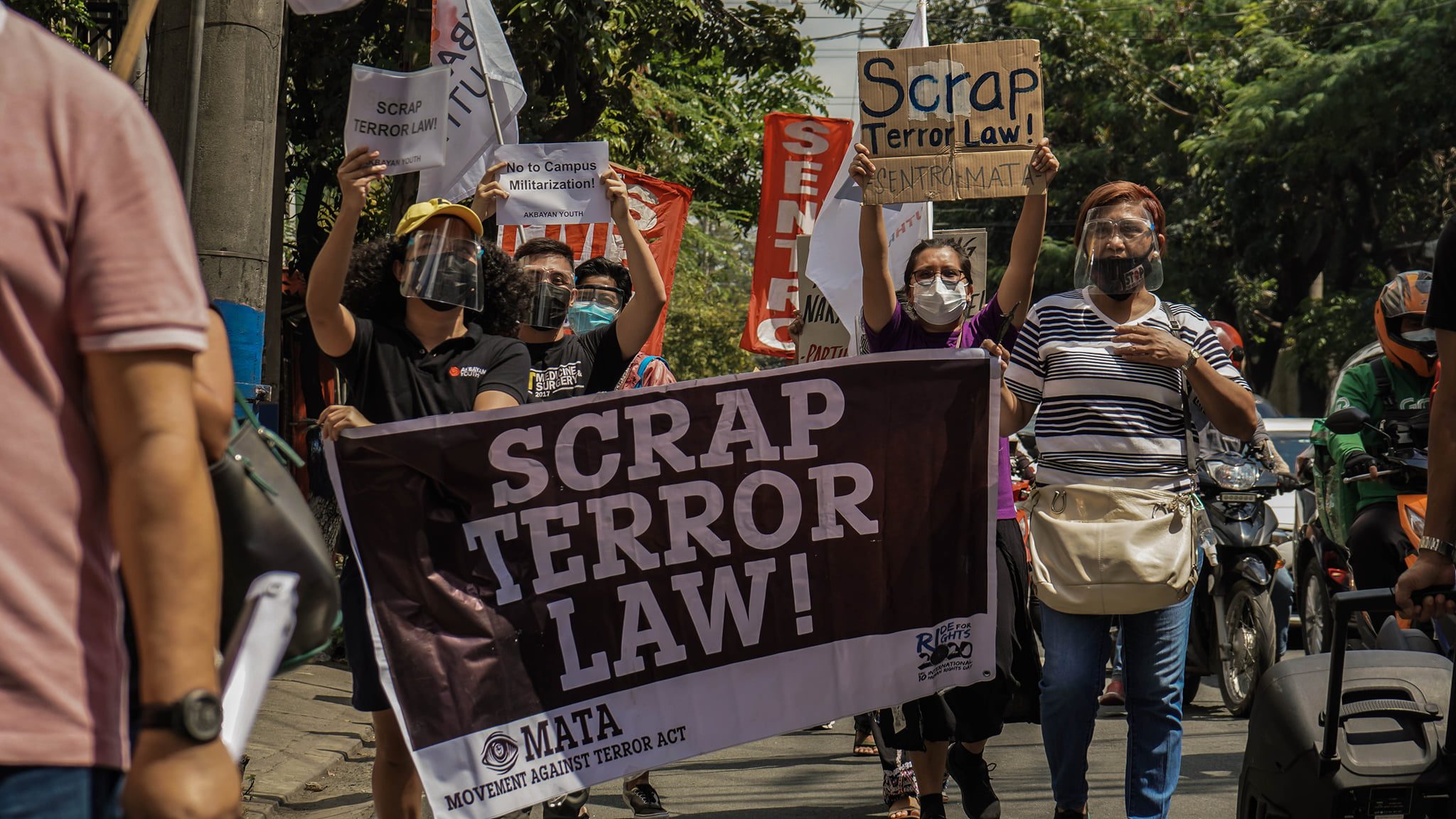 The Philippine government has ramped up its crackdown against activists critical of the administration, and it did not spare even workers fighting for their rights.

Unions under labor group Sentro ng mga Nagkakaisa at Progresibong Manggagawa (Sentro) have been the target of red-tagging by security forces.

In an interview with Rappler, Diwa* said workers were asked to attend a seminar on preventing coronavirus spread, but majority of the discussion was about the claim that Sentro is allegedly a legal front by the Communist Party of the Philippines-New People’s Army.

(One of them visited a union leader’s house, introducing himself as a colonel with his ID. Another one came with the barangay captain. They said they visited because the President ordered them to do so.)

Diwa said they checked the identity of the so-called colonel and it turned out to be an intelligence officer.

State forces, who introduced themselves as part of the National Task Force to End Local Communist Armed Conflict (NTF-ELCAC), repeatedly asked workers to “join other unions” instead – one that is backed by the company management and the government.

(We are ordinary workers fighting for our rights and for the company to follow the law. We are not doing anything illegal. Why are they doing this to us?)

Some workers even saw unidentified men in motorcycles waiting outside their homes, asking what time the workers would come home.

Because of this, Diwa said their families fear for the workers’ lives, especially after the killing of activists in Calabarzon.

Some of the workers even felt the irony of them being Duterte supporters, as a number of them personally campaigned for his presidency.

(Some people here were very loyal to Duterte. They thought that those under him were the ones responsible for the wrongdoings in the past. But the members do not understand why Duterte is doing this, as if they don’t have a place in his administration and their campaigns are not being heard.)

By why exactly are they being targeted? Diwa can only think of one thing.

(Sentro is critical of the administration’s policies. Now, they are threatening the members.)

According to Sentro, the police-led seminars began last October. There, photos of union leaders and Sentro organizers were shown and branded as representatives for the CPP-NPA.

From November 2020 to March 2021, union leaders were repeatedly visited by police.

Apart from red-tagging union leaders and organizers, the police claimed workers will be asked to “pay for dues,” which will be used to financially support CPP-NPA.

“Not only is this factually wrong, raising questions on how a multi-billion funded campaign can fail basic fact-checking, it is also dangerous. The government’s obsession with red-tagging and finding armed rebels where there are none catches many innocent people in the crossfire,” said Sentro in an earlier statement.

Sentro secretary-general Josua Mata warned against the chilling effect this practice would have for workers.

“The widespread crackdown no longer discriminates. It creates a chilling effect on the workers. Once you are red-tagged, harassment follows,” said Mata in a mix of English and Filipino.

Mata said the Global Union Federations, of which Sentro is a member, is urging the Department of Labor and Employment (DOLE) to step in, by convening the high level monitoring body on the National Tripartite Industrial Peace Council to review the freedom of association guidelines.

Under the 2012 joint guidelines by the departments of labor, justice, and national defense and the police and military, the Armed Forces of the Philippines (AFP) and the Philipine National Police (PNP) should not “stigmatize/label workers’ organizations/associations, labor leaders, members or organizers as front or members of certain conflict armed groups.”

Asked about the matter, Labor Secretary Silvestre Bello III said the department will “arrange a meeting” with Sentro. – Rappler.com

*Name was changed to protect the speaker’s identity.