How the Duterte administration is fast-tracking Yolanda recovery

MANILA, Philippines – It was both an order and a promise that President Rodrigo Duterte made on November 8, 2016, when he came to Tacloban City: “Dapat 'yang Yolanda, one year after, tapos na 'yan lahat (Yolanda [recovery efforts] need to be finished in one year).”

It was the 3rd year anniversary of the super typhoon that killed more than 6,000 people in Eastern Visayas. Lest anyone forgot, the slow progress of rehabilitation in the last 3 years of the Aquino administration was a key argument Duterte used against his rival Mar Roxas' campaign of continuity in the 2016 elections.

"I am not satisfied. As a matter of fact, it’s a...it’s BS to me. Three years, wala pay nakabalhin kaayo. Ano ba naman? (Nothing has changed. What happened?)" he said in speech before rehabilitation workers and survivors.

End complacency in this work, he said. His instructions were simple and straightforward: end corruption, put the homeless into houses, give permits on the dot.

“Alam mo (You know what)? Indolence is part of corruption. When you are paid for eight hours to do your work, magtrabaho ka nang eight hours, do not shortchange the public,” he said.

So this is how key agencies in the Yolanda rehabilitation program have been doing to meet the President's deadline: 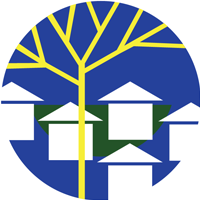 Rebuilding lives and communities is immediately synonymous to providing houses for the displaced families. For a time, the NHA was the government agency that had the highest budget but was farthest from meeting its target. (IN NUMBERS: 3 years after Super Typhoon Yolanda)

It has since made a huge progress: from the 19,330 houses built under the previous administration, the total went up to 59,679 during Duterte's first year, the National Economic and Development Authority (NEDA) showed in its Yolanda report.

According to Elsie Trinidad, manager of the NHA Resettlement and Development Services Department, the President's order for various agencies to provide permits promptly hastened the completion of building projects.

“This is an inter-agency effort. The NHA's mandate is the housing component, but we have to depend on other external actors for water, electricity, and that is beyond our control,” Trinidad told Rappler.

In November 2016, the NHA took part in a deal that also fast-tracked the documentation of granting beneficiaries’ houses. Under the deal, the Bureau of Internal Revenue pledged to remove the documentary requirements needed to issue a Certificate of Tax Exemption to NHA.

Duterte also ordered the Department of Environment and National Resources (DENR) to speed up its land conversion process that has delayed the NHA in building houses. 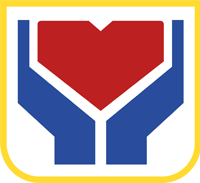 However, Taguiwalo discovered that there were “discrepancies” in the past administration’s distribution of the assistance funds, leaving families in some provinces deprived of help. She ordered to tighten the process of releasing funds for projects and dole-outs.

Despite the budget for ESA being depleted, the DSWD continued to provide assistance, promising to give P5,000 to those who were not able to avail themselves of their ESAs, and those who have not received housing assistance.

The cash for the new distribution comes straight from the President’s socio-civic fund, Taguiwalo said. 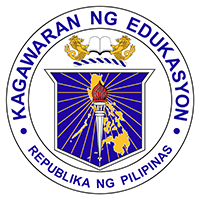 Compared to other departments, DepEd was the one that completed most of its assignments early.

Even before Duterte's election, the education department had completed the distribution of all learning materials and textbooks, and had spent all the budget for their school feeding program.

But the school children still needed additional classrooms, and this is where DepEd of the Duterte administration is focusing.

According to DepEd Disaster and Risk Reduction Management Director Roni Co, the problem with building schools and classrooms cannot be separated from the problem of NHA in building resettlement sites. Co said that they can only build schools once families have settled in their housing sites.

"We were ready even beforehand. We were waiting only for NHA, because the player really in resettlement is NHA," Co told Rappler.

Now with NHA building more houses and having more people to inhabit them, DepEd is able to build more schools to cater to the the resettled learners, Co said. 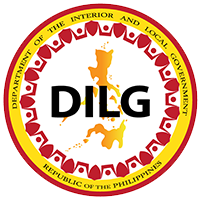 The second and third phases of the rehabilitation program were inherited by the Duterte administration. They cover barangay government-owned facilities and the “pahabol projects,” which were not included in the first two phases.

By the time Duterte assumed the presidency in mid-2016, the DILG had recorded that 303 out of 309 municipal facilities, and 1,286 out of 3,619 barangay facilities, had been rehabilitated.

As of June 15, 2017, a year into his administration, only one municipal facility is under construction, while 3,133 of barangay facilities – almost double from before – have been restored.

“Under the leadership of Secretary Sueno, he really focused on it. He talked to mayors who were lagging behind in implementation,” Zambales told Rappler.

Sueno, he said, conducted weekly consultations with DILG's regional offices and repetedly sent out letters to local government units (LGUs), pushing them to finish their rehabilitation projects, or risk cancellation of these.

In the past administration, Zambales said, the DILG encountered problems with LGUs which were withholding services and cooperation for partisan reasons. The election of a new set of officials in May 2016 solved this problem. 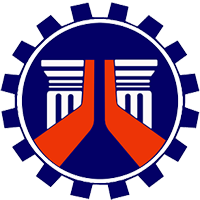 The DPWH was assigned to fix roads, flood control structures, buildings, and national bridges, all of which it completed in the last 12 months. In fact, it exceeded its targets.

The department has also built 107 flood control structures that will prepare Central Visayas for storms in the future. It has continued the previous administration’s plan of building a sea wall.

On top of this, the DPWH met its target of installing 181 water tanks in various relocation sites. 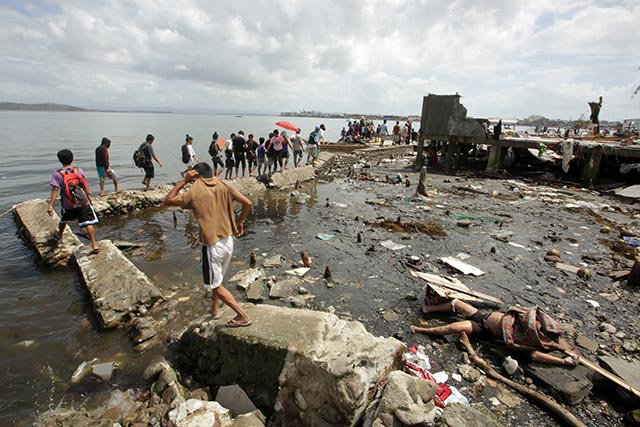 DEADLY. Yolanda has left an estimated 10,000 dead in Leyte alone, according to the the regional police office.

Assistant Secretary Wendel Avisado acknowledged that the systems were already in place during the Aquino administration, but the problem was these were not followed “effectively.” That's what the Duterte administration addressed.

“Credit him (Duterte) for the follow-through. He was more determined to really force, compel agencies to do their tasks. NHA alone couldn't make the provision of housing possible,” NHA’s Trinidad said.

DILG’s Zambales said the delineation of roles was made clear under the current administration. Before, people did not know where to go to, so they immediately just turned to LGUs for help, consequently blaming the DILG if the LGUs could not provide what they asked for.

Still, it's not possible to complete the rehabilitation of communities damaged by Yolanda  by the end of 2017, Avisado said.

“We cannot do it… Maybe next year, because the efforts are continuing and we cannot simultaneously tend to all areas, which are scattered,” he said.

Making sure implementing agencies comply with the law also slows down the work somehow, Avisado said: “It has to be legal and technical. Just a few mistakes, you’ll be the subject of complains before the Ombudsman, so even government workers are afraid. To comply with the law, it (rehabilitation) will take time. Just give it a little patience.”

Where things can be fast-tracked, at least, Duterte’s orders have so far brought results. – Rappler.com

Rambo Talabong covers security, crime, and the city of Manila for Rappler. He was chosen as a Jaime V. Ongpin Fellow in 2019 for his reporting on President Rodrigo Duterte’s war on drugs. 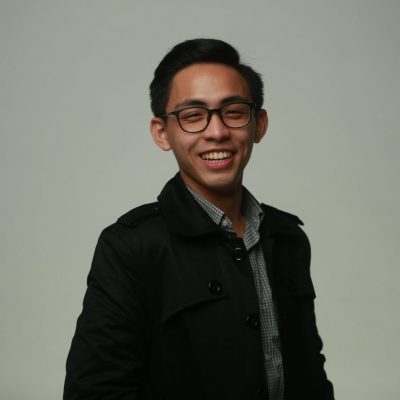