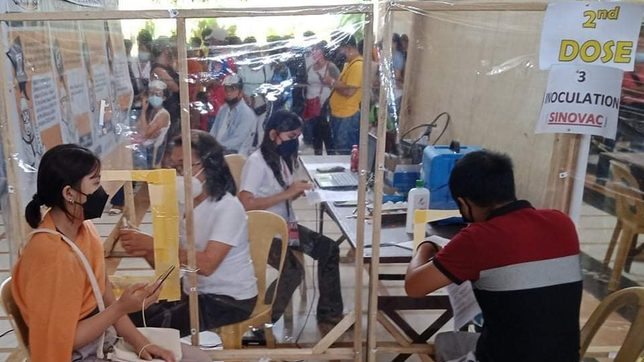 LINE UP. People line up to get inoculated at the Capitol Mega Vaccination Center in Zamboanga Sibugay.

The Zamboanga Peninsula has seen its single-day newly documented COVID-19 cases dropping as local governments and public health workers ramped up vaccination rollouts throughout the region.

Zamboanga Peninsula, one of the regions with the least number of COVID-19 cases in 2020 and early this year, suddenly ended up in the government’s watch list of areas with high-risk critical care utilization rates because of surges in infections in late September and early October.

But the region has been seeing improvements lately.

In Zamboanga Sibugay province, new COVID-19 cases have averaged only seven daily in the last two weeks, and it registered no new cases on October 25 and October 31. Dr. Said Sahi, acting chief of Zamboanga Sibugay Provincial Hospital, attributed the drop in the number of COVID-19 cases to the stepped up vaccination campaign following surges in infections until late October when the number of cases started showing a downtrend.

The province has inoculated barely one-third of its population though.

Records from the Integrated Provincial Health Office (IPHO), showed that the province has vaccinated 81,611 or 27.42% of the 297,680 target population as of October 28.

Regionwide, the total number of new COVID-19 cases daily also dropped from over 100 cases two weeks ago to only two-digit numbers as of November 3.

Zamboanga City, the COVID-19 hotspot of Zamboanga Peninsula, logged 63 new cases on November 3 from 150 on October 26. 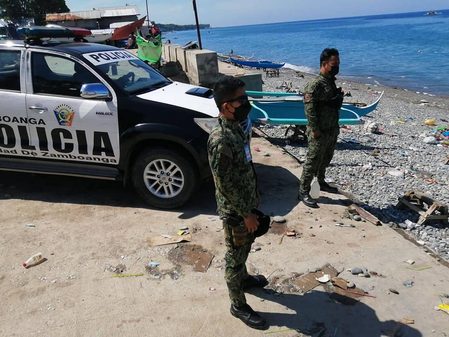 But the downtrend should not mislead local officials and the public into relaxing minimum health protocols, health officials cautioned.

While there were days when there were no new cases recorded in some areas, Dr. Eric Cabayacruz, president of the Association of Municipal Health Officers in Zamboanga Sibugay, said there were still new infections documented in between those days.