An aerial view of Zamboanga City's vast and porous coastline.

Zamboanga City and Tawi-tawi province officials on Wednesday, July 21, agreed to join forces in securing their coastlines even as the city government called on Defense Secretary Delfin Lorenza to help them keep travelers from nearby Malaysia from slipping through the Southern Philippines backdoor.

Mayor Maria Isabelle Climaco-Salazar Wednesday called up Tawi-tawi Governor Yshmael Sali, and the officials agreed to jointly tighten their border security amid the threat posed by the highly transmissible Delta and other variants of COVID-19.

The travel time from Malaysia and Tawi-tawi is approximately 15 to 30 minutes by speedboat. From Tawi-tawi, it would only take about an hour of air travel or eight hours of sea travel to Zamboanga. Some travelers, however, have the option to go straight to Sulu province from Tawi-tawi. 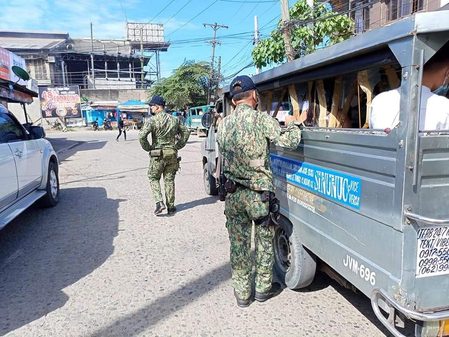 The moratorium was first imposed in May when Zamboanga saw surges in COVID-19 cases, but it was no longer strictly enforced when the government relaxed the quarantine restrictions in the city as soon as the number of cases lowered. Zamboanga has been placed under general community quarantine (GCQ) this month from the stricter modified enhanced community quarantine (MECQ) in May and June.

Climaco said the city government would be stricter in requiring travelers to show their RT-PCR test results.

Climaco said the Coast Guard and other security forces were on instruction to strictly enforce Zamboanga’s “No RT-PCR, No Entry” policy.

She said the policy would remain for as long as there was a COVID-19 threat. Climaco also said it was disturbing that more than 70 people were caught in Zamboanga in the past few days with fake RT-PCR results, and falsified vaccination certificates, among others.

Dr. Dulce Miravite, city health officer, said Zamboanga has so far not documented any Delta variant case but health officials were worried because of other variants of concern, including one of South African lineage, in the Zamboanga Peninsula region. – Rappler.com