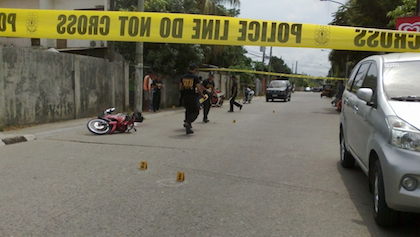 MANILA, Philippines – Many thought it was just a sick April Fool's joke, but residents in Zamboanga City and students of a privately-owned university were shocked when they heard the news of the death of Universidad de Zamboanga (UZ) president, Arturo “Archie” Eustaquio III on Sunday afternoon, April 1.

“Mr Eustaquio has expired a few minutes ago,” Zamboanga City mayor Celso Lobregat told reporters outside the Zamboanga Arturo Eustaquio Colleges (ZAEC) Medical Center, around 2:15pm. “The doctors tried to revive him, but his lips were already blue.”

Eustaquio, whose family owns UZ and Zaec Medical Center, was shot by 2 unidentified assailants a few meters outside his home in Maestra Vicenta St, Brgy Sta Maria past 1pm.

He was rushed to his family's hospital where attending medical personnel said the victim sustained 5 gunshot wounds. A public announcement was initially made soliciting type AB+ blood for Eustaquio.

“Police investigation is now underway,” Lobregat said, after announcing Eustaquio's death. "Let us allow the family to mourn their loss and avoid speculating on the cause of the killing." 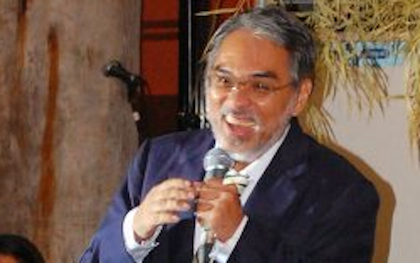 Lobregat would not say if Eustaquio was facing any specific threat to his life but the businessman is often seen in public followed by plainclothes security.

The mayor added he will convene the city's Crisis Management Committee, particularly units under the Philippine National Police (PNP) to immediately resolve the killing of Eustaquio, considered a prominent personality in the city's business community.

UZ professor and sports director Elbert Atilano was in tears when he spoke to the local media upon hearing Eustaquio's death. He has been working for the university official's family for 3 decades.

“He and his family took care of me when I began as no one,” Atilano said, in between sobs. “I became who I am now because of Sir Archie.”

A number students of the 48-year-old UZ and former employees of Eustaquio's family businesses were in disbelief when they learned about his death, thinking it was just a cruel April Fool's joke.

Messages of condolence later flooded on the Facebook accounts of local news outfits that reported about the businessman's passing.

Eustaquio, an Islam convert, will be buried less than 24 hours after his death following religious practices. - Rappler.com