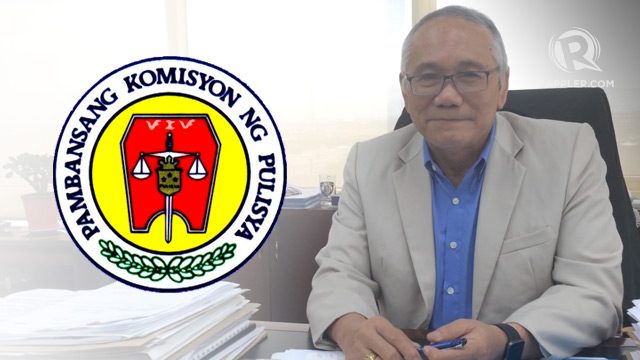 Napolcom vice chairman Rogelio Casurao told Rappler on Wednesday, July 20, that their investigation is already underway to see whether these “drug” generals are administratively liable.

“Immediately… I formed a 5-member team composed of veteran lawyers of the Napolcom,” said Casurao. “They have done their job already for the past days since they were created, and they are now evaluating the pieces of evidence that they’ve got in preparation for determination whether there is probable cause.”

Casurao also clarified an earlier report that the Napolcom’s probe would be “done in 7 days,” explaining that it’s only the period of time to receive evidence.

“The entire probe won’t take 7 days, of course, because we [need] more time. For the record, 7 days would be allocated only for the collection and collation of evidence. The evaluation portion will need another period of time,” he said.

Casurao noted that they have tapped the Philippine Drug Enforcement Agency (PDEA), National Bureau of Investigation (NBI), directorates in the PNP, and other related agencies to assist in their probe.

“We have to do it, because this is an honest-to-goodness investigation. We would like to come up with any findings, derogatory or otherwise, based on factual evidence.”

The body would also have to hear the side of the generals for a fair proceeding.

“It’s a job for Napolcom to consider the evidence that will support the stand of the President, and compare it with the evidence of the defense,” said Casurao.

“Whichever evidence comes out to be superior, then Napolcom would have to rule on the basis of the evidence.”

The “supreme penalty” the generals could receive, if found guilty in the administrative cases, is dismissal from service. Their possible civil and criminal liabilities can also be pursued in the courts, said Casurao.

Despite being in a bind on how to rule on these cases, especially following President Duterte’s statements, Casurao noted that they have the leeway to proceed as fairly as possible.

“Wala siyang instructions sa amin (The President has no instructions to us) to do according to his wishes. We’re on our own,” he said.

Casurao believes that President Duterte is “ready” and “open” to see Napolcom’s findings. “If that happens to be contrary to his statements, the President probably would understand it, because he is a man of law,” he said.

The commission, said Casurao, will also look into reports of extrajudicial killings, especially incidents where the suspects supposedly fought back, prompting police to kill them in self-defense.

“The Napolcom will not let this thing pass without looking into the possible abuses committed here,” he said. The agency can start these investigations motu propio, or on their own initiative, he noted.

He said that police should stick to protocol when pursuing targets. “The investigation will have to find out whether the rules of engagement were observed, and if there was a proper observance of the requirements of self-defense.”

Their upcoming probe into these deaths, he noted, does not conflict with President Duterte’s earlier pronouncement that he would “protect” policemen who, in the course of doing their duty, “would kill a thousand people.” (READ: Duterte to PNP: ‘Do your duty and I will die for you’)

“The message is very clear: If they are doing their job, then there’s no reason why we should run after them,” said Casurao.

Besides these investigations, the Napolcom in recent years has also strove to produce a responsible and efficient police service.

This entails the police working with the public they have sworn to protect. Casurao cited a recent survey where the level of acceptance of the police by survey respondents was at a low 5%.

“When we asked the reason behind this, we found out that people look at the PNP as a fraternity of armed men only catering to the exclusive group called the policeman,” he noted.

In a span of 6 months, he said the level of acceptance of the police improved to 10% in the next survey, after lining up activities where interaction with the community was given emphasis.

“The police now is going on medical missions. They have monthly meetings with barangay officials… and a joint patrol, with policemen patrolling the area, together with the barangay tanods,” he explained.

As a son of a policeman himself, Casurao hopes to be remembered as a public servant “who contributed much to the retrieval and recovery of the integrity and respect that is due a policeman.”

He also hopes that after his 6-year term in Napolcom, all their efforts would have been fruitful.

In a mix of Filipino and English, Casurao said, “When we are already old enough to retire from the service, we’d like to look back and say that the image of the police is good, that they are not feared and not involved in drugs, policemen who are proud of their uniform.” – Rappler.com