Newsbreak Reads: In war on drugs, lives of police at risk too 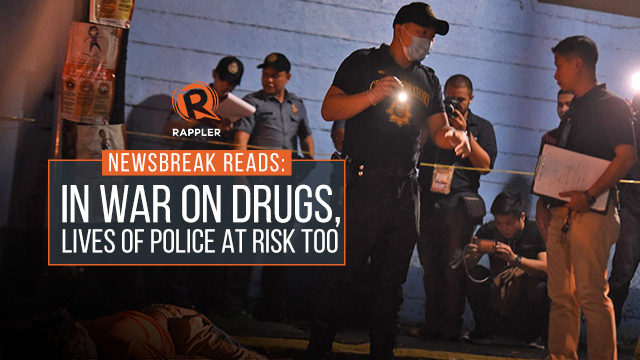 MANILA, Philippines – In the government’s bloody war to stamp out illegal drugs, it’s not just drug users or pushers whose lives are at stake.

While criticized by human rights groups for the rising body count, Philippine police have maintained that the suspects killed in legitimate operations tried to fight back. They were only defending themselves, they said, adding that their lives were also on the line after every round of buy-bust operations.

“This is also scary for us. But this is our job, so we risk our lives,” one police inspector said. – Rappler.com

15-minute listen. Written by Mara Cepeda, read by Marites Dañguilan-Vitug, edited by Jaene Zaplan. If you missed this story earlier, you can read the full text story here.