Choice of one country over another ‘unnecessary’ – expert

Oct 29, 2016 11:30 AM PHT
Jodesz Gavilan
Facebook Twitter Copy URL
Copied
UP Professor Aileen Baviera says, 'As a developing country, we have to make sure that we have more options, that we remain in flexible positions so that we can serve what is in the best interest of the country' 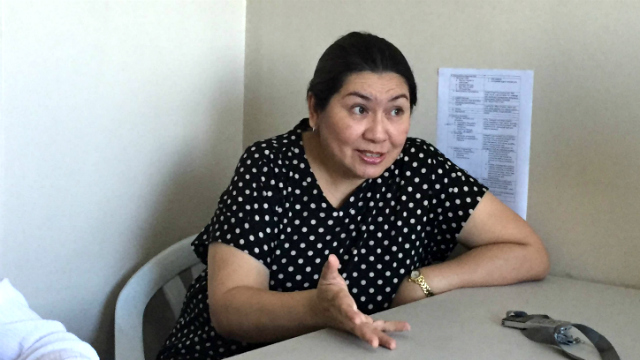 MANILA, Philippines – While it is good that the Philippines is pushing to strengthen its ties with China after years of strained relations, veering away from other countries – such as the US – may not be a good idea.

According to University of the Philippines Professor Aileen Baviera on Monday, October 24, choosing one country over another “is not necessary.”

“Many people have criticized the position now as swinging from one side of the pendulum to the other,” she told Rappler. “As a developing country, we have to make sure that we have more options, that we remain in flexible positions so that we can serve what is in the best interest of the country.”

President Rodrigo Duterte has continuously emphasized that he is about to “cross the Rubicon” with the United States and will be needing help from China and Russia.

During his recent trip to China, Duterte said that it is China, Russia, and the Philippines “against the world.”

This should not be the case, according to Baviera, as the country should never put its eggs in one basket. As the Philippines engages bilateral talks with China, “it should also cultivate the US alliance and establish political support from the international community.”

“The more flexibility we have, the more options we have for balancing,” she explained. “When we are able to create an environment where we can actively promote our own interests in cooperation with others, then the better for us.”

Cooperation with other countries, not just big powers like China, US, India, Japan, and Russia, should also be cultivated.

“[We should establish ties with] middle powers in particular, because they, in general, would tend to have more moderate positions, more cooperative solutions rather than zero-sum solutions, and would tend to rely on multilateralist approaches,” Baviera said.

“And I think that’s also a very important position for the Philippines to be taking,” she added.

The newly-restored ties with China, however, are a welcome change. But Baviera cautioned that just like any other country, China is also out protect its own national interest when dealing with others.

To level the playing field, the Philippines should be clear about its own agenda in its rekindled relationship with the Asian giant.

“If [China’s interests] contribute to good bilateral relations, then good, but their main agenda is their interests and not yours necessarily,” she told Rappler. “So I think in dealing with any big power, you have to be very clear with what your interests are, what you want out of the relationship, and how you want to go about it.”

It is important that the goals of the relationship are “very clearly defined” from the start. The Philippines, according to Baviera, should cooperate with China in drafting a strategy toward these goals. Getting the second largest economy to support them is another task.

But the government should do everything with “open eyes” to see in what ways Filipinos can benefit.

“Do everything with open eyes, be on the look out as to whether in the end, we draw advantages from the investments that you are putting in the relationship [with China],” she emphasized.

This kind of guarded stance, coupled with a relationship where China respects the Philippines, in the way Duterte envisions a relationship with the United States, is the key to rise from years of strained relations.

The restored relationship, however, has to be transparent and sincere, Baviera said.

Transparency, however, is more the responsibility of the Philippine government but it has to make sure that China cooperates.

“We demand and expect China to also play by the rules of, for instance, procurements, investments, and aid relations,” she said.

Baviera continued, “And we also expect more, that the Duterte administration will make sure that everything is above board” and that everything will be in accordance with the interests of more Filipinos rather than just “certain elites”.

Do not be complacent

The major cause of the rift between the Philippines and China, especially under the administration of Benigno Aquino III, is the maritime dispute over the West Philippine Sea (South China Sea).

In July, a tribunal ruled in favor of the Philippines after a 3-year process that was mostly snubbed by China. The tribunal concluded that there was “no legal basis for China to claim historic rights to resources, in excess of the rights provided for by the Convention, within the sea areas falling within the ‘9-dash line.’” (READ: Highlights of ruling: China violated Philippine sovereign rights)

Duterte has, so far, successfully mended ties with China but when it comes to the dispute, he is taking it one step at a time.

In his recent trip to China, Duterte did not discuss the controversial ruling of the arbitral tribunal with President Xi Jinping but decided to conduct bilateral talks in the future. In Japan, Duterte, however, assured Japanese Prime Minister Shinzo Abe that the Philippines will use the Hague ruling “when the time comes.”

According to Baviera, it will definitely take more than a 6-year term to settle the dispute but the Philippines should not be complacent – especially when China is known for its “long-term planning.”

“Certainly, yes, it will take more than 6 years but that doesn’t mean that we should be complacent and wait it out,” she explained. “In our case, we cannot afford to think only in terms of 6 years and keep shifting our policy every 6 years.”

What can the Philippines do to get its point across regarding the dispute? Be consistent, Baviera emphasized.

“I think the more consistently we convey to China the message that we will want a compliance with the ruling, then the more China can do what it needs to do to convince its own domestic public and institutional stakeholders (over the West Philippine Sea conflict),” she said.  – Rappler.com