Killings in war on drugs ‘extension’ of DDS system – Sabio 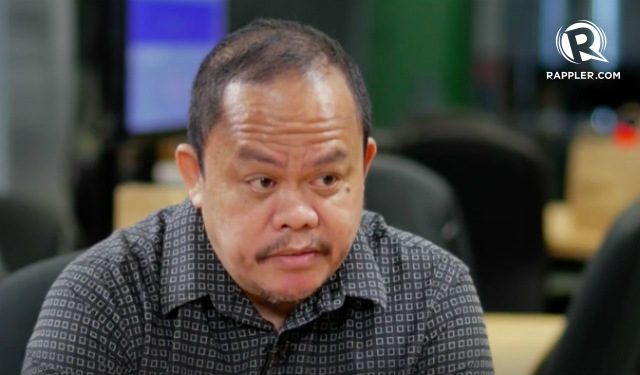 MANILA, Philippines – The testimonies of the Davao Death Squad whistle-blowers are vital in proving that a “system of killing suspected criminals” exists in Davao City and has been replicated under the presidency of Rodrigo Duterte.

No less than President Duterte’s various pronouncements on killing drug personalities show that he has continued this strategy.

This is what Jude Sabio, lawyer of whistle-blower Edgar Matobato, believes will help make Duterte accountable before the International Criminal Court (ICC). Sabio wants to establish that the extrajudicial killings in Duterte’s anti-illegal drugs campaign “were merely a continuation [by Duterte] of a system of crime control by killing criminals.”

“[DDS-related testimonies] and his pronouncements during the campaign and after he won clearly show a mental state that he intended to continue his strategy and the best practice of killing criminals,” he said during a Rappler Talk Investigative interview with Chay Hofileña on Thursday, March 23.

Sabio is expected to fly to the Netherlands soon to file a crimes-against-humanity case against Duterte. This particular case refers to “serious violations committed as part of a large-scale attack against any civilian population.” It can cover murder, rape, imprisonment, enforced disappearances, slavery, sexual slavery, torture, apartheid, besides the large-scale attack against a civilian population.

The Rome Statute, ICC’s founding legal document which the Philippines signed and ratified in 2011, lists murder as one of the 15 forms of crimes against humanity. (READ: Things to know about Duterte’s pet peeve ICC)

According to Sabio, the case to be filed will cover only the deaths in the war on drugs for two reasons:

In addition, a case is “inadmissible” at the ICC if a local court is already investigating “the same actor for the same conduct.”

“All acts committed by Duterte when he was still mayor prior to 2011 are not covered by this case,” Sabio explained. “Because those cases were committed prior to the time the Rome Statute entered into force and the Philippines became a party to the ICC in 2011.”

From July 1, 2016 to January 31, 2017, according to data from the Philippine National Police, there have been over 7,000 deaths linked to the “war on drugs” – both from legitimate police operations and vigilante-style or unexplained killings, including deaths under investigation.

Sabio said the testimonies of Matobato and retired policeman Arturo “Arthur” Lascañas helped create a “clear picture” of the Davao Death Squad, which would otherwise have remained “urban legend.”

“If we did not have Matobato and Lascañas, it will be very difficult to prove the pattern and policy of exterminating criminals,” he explained. “Now that we have them, it is now easy to prove the system.”

This was confirmed by Alex Whiting, a Harvard law professor who was formerly with the Office of the Prosecutor of the ICC, who clarified that “evidence of crimes occurring before that date could be relevant for context or to prove intent.”

The Commission on Human Rights (CHR), which conducted an investigation in 2009, recently formed a new team to probe into the DDS partly because of the new information offered by Matobato which was corroborated by Lascañas.

Failure to investigate and end killings

Government officials, even those part of the opposition, have said that an ICC case is the “last recourse” over the EJKs in the Philippines. The rationale is that local courts should work first before heading to The Hague.

Sabio, however, said the Rome Statute does not require the state to exhaust all remedies first before going to the ICC.

“That is different from saying that the state should be willing,” he explained. “In our case, that is not possible because the President encourages, and in fact, incites the police and vigilante groups to commit mass murder. We cannot expect him to investigate himself.”

Even if there is no proof that the President directly committed killings, he can also be held liable under the principle of command responsibility, Sabio added, for “the deliberate failure to act or to investigate or to stop the killings, with the conscious effort to encourage the attack on a civilian population.”

This was the same sentiment expressed in various reports of many international human rights organizations on the ongoing war on drugs in the Philippines.

The President’s allies, however, have been quick to downplay and deny all allegations.

Sabio expects the same when the time comes that a full-blown hearing will be conducted by the ICC. He, however, said he believes he has a “strong case” since at stake are “truth and justice.”

“I think it is high time for legislators, senators and congressmen, I think they should wake up and realize that we cannot be the object of criticism in the international scene and we are not doing anything in the domestic front,” he said.

“It is shameful,” Sabio declared. – Rappler.com