FAST FACTS: What you need to know about vaccine company Sanofi Pasteur

Dec 1, 2017 8:19 PM PHT
Sofia Tomacruz
Facebook Twitter Copy URL
Copied
More than a year after its release of Dengvaxia, the world’s first dengue vaccine, Sanofi advises the public the vaccine poses more risks for recipients who have had no prior infection 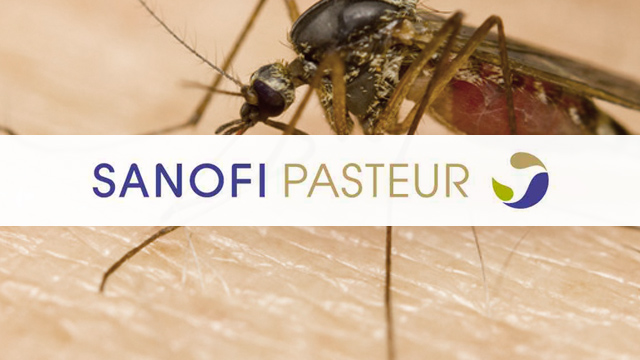 MANILA, Philippines – French pharmaceutical giant Sanofi Pasteur has found itself in hot water since releasing findings against its own Dengvaxia dengue vaccine on Thursday, November 30.

More than a year after its release of the world’s first dengue vaccine, Sanofi advised the public that clinical studies revealed the vaccine poses more risks for recipients who had no prior infection. (READ: Dengue vaccine more risky for people without prior infection – Sanofi)

Sanofi Pasteur is the world’s largest vaccine company and serves as the vaccines division of multinational pharmaceutical company Sanofi.

It set out to create the dengue vaccine more than 20 years ago to address the disease in regions such as Latin America and Asia, where the virus is endemic. Previous reports said 40,000 people from 15 countries participated in clinical tests, which revealed an 80% reduction in the risk of hospitalization after being administered the shot.

The vaccine provided protection from all 4 dengue strains, with previous recommendations stating that healthy individuals aged 9 to 45 years old could be administered the shot in 3 doses at 6-month intervals.

The company includes in its history affiliations with key scientists and companies, which created the first vaccines for tetanus, polio, rabies, and typhoid, among others. It’s also credited as the world’s largest producer and provider of seasonal influenza vaccines and poliomyelitis vaccines.

According to its official website, it provides more than one billion doses of vaccines each year, administering several kinds of immunization shots to more than 500 million people worldwide.

The advisory issued by Sanofi Pasteur on Thursday is just the latest in a string of issues surrounding the dengue vaccine. (TIMELINE: Dengue immunization program for public school students)

The vaccine was approved for sale in the Philippines a few weeks after then President Benigno Aquino III received executives from the company in a courtesy call in Paris, France, in December 2015.

Months after the Philippine government approved the commercial sale of Dengvaxia, the DOH found itself quelling fears that the vaccine was not safe. This was after reports surfaced that 4 people who had taken the shot died. Janette Garin, who was then DOH secretary, said the deaths were unrelated to the vaccine.

The DOH approved the purchase of the vaccines in December 2015 after it reported a rise in dengue cases – with over 78,000 cases reported in September 2015. The World Heath Organization (WHO) said the vaccine was safe and effective, and recommended it be administered in places with at least 50% disease incidence in the population.

By April 2016, DOH embarked on its vaccination program, where more than one million children were supposed to be the first recipients of the anti-dengue vaccine in the country.

Since then, the treatment has faced several controversies. It was flagged as unsafe in July 2016 by then-DOH secretary Paulyn Ubial. It has also been subject to a probe by the House of Representatives.

During its approval, the vaccine was considered a major step in the prevention of dengue, with hopes that the drug could eventually help prevent millions of deaths. But thousands who have been given the shot with no prior history of the disease now face the risk of developing severe dengue.

Meanwhile, the DOH cited a total 97,287 cases of dengue recorded nationwide from January to September this year. – Rappler.com