FAST FACTS: Who is Pastor Apollo Quiboloy, the ‘Appointed Son of God’? 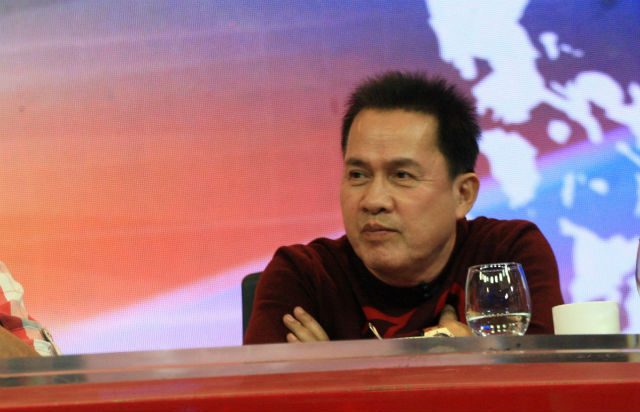 MANILA, Philippines – The Federal Bureau of Investigation (FBI) is investigating the church of Pastor Apollo Quiboloy for alleged human trafficking in Hawaii.

Hawaii News Now, in an exclusive report, said the FBI is probing Felina Salina for alleged human trafficking. She was one of those aboard Quiboloy’s plane when US authorities found $350,000 in undeclared cash and rifle parts inside the aircraft in February which led to the temporary detention of Quiboloy.  Salina is said to be the business manager of Kingdom of Jesus Christ, The Name Above Every Name – Quiboloy’s religious group.

Aside from being a constant in the life of President Rodrigo Duterte during his stint as Davao City mayor, what else is there to know about Quiboloy?

Born on April 25, 1950, in Davao City, Quiboloy said he was born on “the prayer mountain” to Kapampangan parents who went to Mindanao after World War II to find better jobs. After spending his formative years in Pampanga, his family went back to Mindanao, where he finished high school.

After graduating from “Bible College” in the early 1970s, Quiboloy spent 4 years with the United Pentecostal Church, where he did evangelistic work.

In 1985, Quiboloy founded the Kingdom of Jesus Christ, The Name Above Every Name. With only 15 members, he began preaching in Agdao, Davao City. The sect now claims to have 4 million followers across the country and another 2 million overseas.

As the “Appointed Son of God,” Quiboloy now serves as a senior pastor of the Kingdom of Jesus Christ. He also oversees the operation of Sonshine Media Network International – the broadcasting network he launched in 1989 – and a string of radio stations, newspapers, and magazines.

A sprawling 8-hectare compound houses the headquarters of the Kingdom of Jesus Christ, Quiboloy’s mansion, and the Jose Maria College, a school he founded and named after his father.

The compound’s structures were the “brainchild” of Quiboloy himself, according to the group’s website. It added that “piped-in centralized music is played all over the place, 24 hours a day.”

The pastor has been accused of landgrabbing – mostly from indigenous peoples – as a bid to expand his compound in Davao City.

In 2008, the New People’s Army (NPA) accused Quiboloy of killing K’lata-Bagobos leader Datu Domingo Diarog and his family after they refused to sell their land to the pastor. Quibology slammed the accusations as “baseless.”

In 2014, a Lumad group from Barangay Manuel Guianga decried the forceful entry of at least 40 armed men, who ordered them to leave their homes. The men allegedly were hired by Quiboloy so that he could extend his “kingdom.” 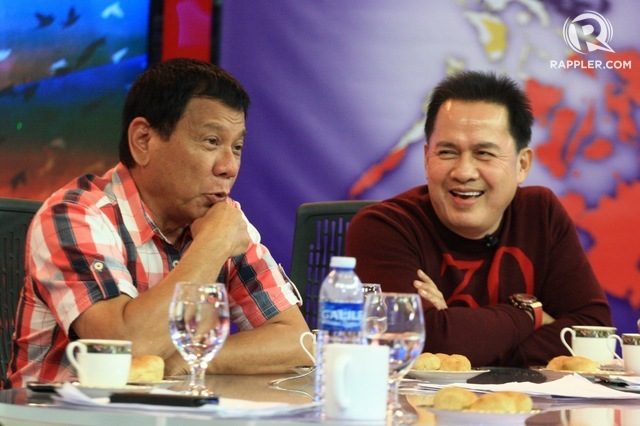 The extravagant lifestyle of Quiboloy is in contrast with the “simple” life Duterte allegedly lives. The pastor owns, among others, a 2015 Cessna Citation Sovereign Plus and a Bell 429 helicopter, which the President has refused to use.

Duterte previously admitted receiving valuable gifts from Quiboloy throughout the course of their “30-year” friendship. Among those were 3 properties in Woodridge Park, Ma-a, Davao City.

A constant presence in Duterte’s life as Davao City mayor, Quiboloy slowly faded away when the strongman was elected president.

In fact, in May 2016, the camp of Quiboloy expressed disappointment over Duterte’s rejection of his offer to help in the selection of his Cabinet appointees despite saying that he would not interfere in matters of national interest. This came after Quiboloy predicted a landslide victory for Duterte, whom he referred to as a “sheep in wolf’s clothing.”

The Duterte camp was quick to apologize to Quiboloy. – Rappler.com