What are the roles of United Nations special rapporteurs? Facebook Twitter Copy URL
Copied
Special rapporteurs work in their personal capacity and are not considered employees by the United Nations, hence they do not receive any salary

He insisted that the experts, whom he had threatened in the past, have no right to “interfere” in the way he runs the country.

This is the latest in a series of tirades by the President against the UN, criticized as an indication that the Philippine government is evading accountability for killings linked to the war on drugs.

At least 3,987 deaths have been recorded from police operations alone since July 2016. (READ: Evading probes? The many times Duterte admin didn’t give drug war documents)

But how important and powerful are special rapporteurs in the first place?

What are special rapporteurs?

Appointed by the United Nations Human Rights Council (UNHRC), special rapporteurs are independent experts tasked to monitor and report on the human rights situation through either a country mandate or thematic mandate.

As of August 2017, there are 44 independent experts focused on a thematic mandate while there are 12 working on country mandates.

What do they do?

Working through their personal capacity, special rapporteurs are expected to “uphold independence, efficiency, competence and integrity through probity, impartiality, honesty and good faith.”

They are able to maintain this independent status by not being considered as UN staff – hence, they do not receive any salary. Their projects, however, can obtain logistical and personnel support from the Office of the High Commissioner for Human Rights (OHCHR).

As special rapporteurs, they can receive information on allegations of violations in specific countries from different groups or individuals. Once received, they are expected to send communications to a country to seek clarification and action.

They can also send letters to governments to seek information about developments, forward observations, and submit recommendations on how to improve their human rights records.

All communication sent and received by special rapporteurs are to be reported to the Human Rights Council.

Aside from this, special rapporteurs also take part in drafting guidelines on how to handle human rights issues. They also serve as consultants in various projects and can organize panels to tackle human rights issues before the general assembly at the Human Rights Council. 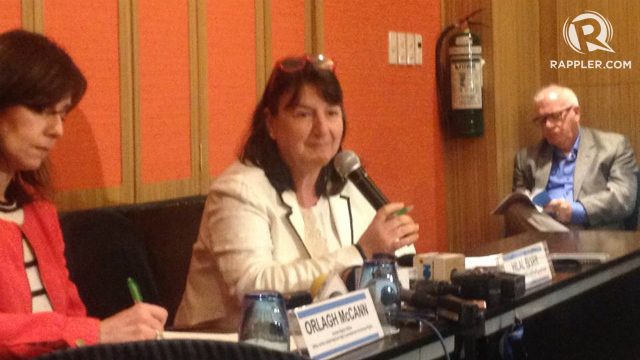 What happens when they visit countries and what are done with their findings?

Special rapporteurs can visit a country through either a “working visit” or upon invitation by the state.

According to the UNHRC, a working visit is not a fact-finding mission but “a mix between technical assistance, mediation, and the development of best practices and public awareness” on human rights. They can interact with various local organizations to achieve these goals.

In the course of their investigation, they meet with authorities in the government, the country’s human rights institution, civil society organizations, and victims of human rights violations, among others.

The visit comes with terms of references that serve as guide for the government. These are needed to be followed to maintain the independence and safety of the special rapporteurs.

Among these terms include freedom of movement, inquiry, contacts and cooperation of all branches of government, confidential and unsupervised contact with witnesses, access to all prisons and detention centers, full access to documents, and appropriate security arrangements, among others.

At the end of their country visit, the special rapporteurs are expected to reach out and hold a dialogue with the government to tackle their findings and put forward recommendations on the human rights situation.

These findings, together with conclusions and recommendations, after the country visit are consolidated in a mission report submitted to the Human Rights Council.

Can they still investigate without help from government?

Despite Duterte’s order for police to ignore, UN special rapporteurs can still conduct investigations even if the government does not cooperate.

But according to Human Rights Watch, the important matter to discuss is whether or not the Duterte administration will extend an invitation to the experts.

“Experts can always talk to witnesses and victims’ families, among others, but the real question is whether this regime will allow UN investigators to come in,” Carlos Conde of HRW Asia Division told Rappler.

The Duterte administration has been flip-flopping on the issues of experts visiting the country – blasting Agnes Callamard, UN special rapporteur on extrajudicial, summary, or arbitrary executions.

Foreign Secretary Alan Peter Cayetano had previously said it will not allow Callamard to investigate because of her “bias and antagonistic stance.” Presidential Spokesperson Harry Roque, meanwhile, said that the government would want a different rapporteur to investigate. (READ: Roque: Callamard welcome to ‘swim in Pasig River’)

Conde reminded the administration that these UN independent experts are professionals who are known for doing their jobs.

“These are professionals whose duty, among others, is to ensure that their investigations are accurate and truthful,” he said. “We expect nothing less when they do this in the Philippines.”

“The question now is whether the Philippines is transparent and forthright enough about all of this and if it is, UN experts coming to the Philippines should not be an issue,” he added. – Rappler.com