Umali: Duterte has no hand in Sereno impeachment

Mar 17, 2018 9:00 AM PHT
Jodesz Gavilan
Facebook Twitter Copy URL
Copied
President Rodrigo Duterte, however, has publicly criticized Chief Justice Maria Lourdes Sereno while Malacañang has called on her to resign 'to spare the institution from any further damage' 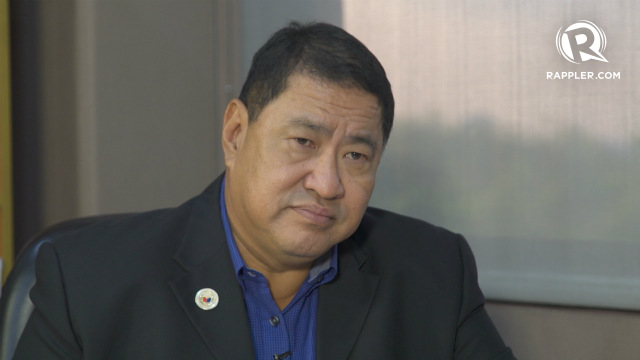 “I haven’t talked to him, he has no hand at all in this,” Umali, Mindoro Oriental 2nd District Representatie, said in an interview with Rappler editor-at-large Marites Vitug on Wednesday, March 14.

While Malacañang itself had said the President has no hand in the bid to oust Sereno, Duterte has publicly criticized the Chief Justice numerous times in his speeches, and even challenged her to resign in October 2017, together with him and Ombudsman Conchita Carpio Morales.

In November 2017, Malacañang called on Sereno to resign “to spare the institution from any further damage.”

The impeachment complaint, filed by lawyer Larry Gadon, alleged that Sereno made decisions without the approval of the Supreme Court en banc, manipulated the Judicial and Bar Council list, misused public funds, and misdeclared her Statements of Assets, Liabilities, and Net Worth (SALNs), among others.

On March 8, the Umali’s panel  recommended the impeachment of Sereno after finding probable cause in the complaint, which they had deemed sufficient in form and substance in September 2017.

‘Most effective and efficient’

The House committee also tapped several agencies for information, including the Bureau of Internal Revenue (BIR) regarding the tax declarations of the Chief Justice. (READ: BIR finds ‘discrepancies’ in Sereno tax declarations)

While some critics hit the way the hearings went, Umali stood firm that his actions during the deliberations were to ensure proceedings “in the most efficient and effective manner.”

“So whether or not there are interventions from wherever, I couldn’t care less because my role as chairman of the committee on justice is to conduct these proceedings in the most efficient and effective manner,” he said.

“As a prosecutor, [we have] to build our case, establish our case, and ultimately, prosecute these cases towards the removal and the conviction of the Chief Justice,” Umali added. – Rappler.com