What you need to know about 2018 Palaro host Vigan, Ilocos Sur 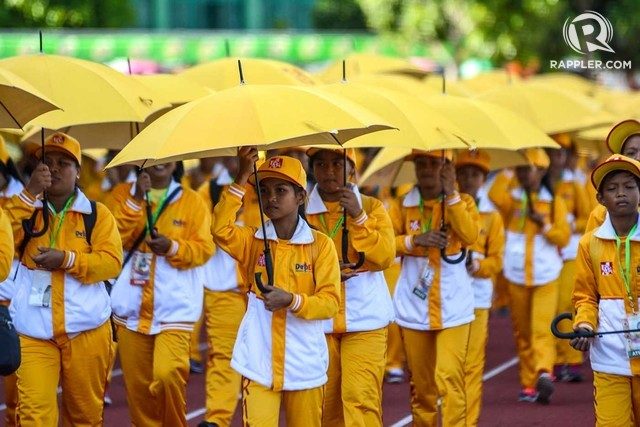 MANILA, Philippines – The 2018 Palarong Pambansa, the largest sporting event in the Philippines, is set to happen next week in Ilocos Sur from April 15 to 21.

This year’s host is the City of Vigan, the capital of Ilocos Sur province.

According to the Department of Education (DepEd), the hosting of the Palarong Pambansa is rotated among the 3 major island groups – Luzon, Visayas, and Mindanao. Local governments bid for the chance to host while the final winner is selected based on its ability to accommodate the student-athletes and the needs of each sporting event.

In a report, Ilocos Sur Governor Ryan Singson said that Vigan City’s peaceful community became its edge over others. The city bested Ilagan City in Isabela, Baguio City, the Province of Bulacan, and Marikina City.

What else do we need to know about the host city and province?

Ilocos Sur is one of the 4 provinces in Region I which occupies the northwestern section of Luzon.

The province was formed when Ilocos was split into two – Ilocos Norte and Ilocos Sur – through a Spanish royal degree in 1818. In fact, the two provinces commemorate their 200th year of separation in 2018.

In March 1918, Act 2683 was passed which defined the existing geographical measures of Ilocos Sur. It now spans at least 250,000 hectares or 2,596 square kilometers.

Ilocos Sur is currently headed by Governor Ryan Luis Singson – the son of former governor Chavit Singson. He belongs to the powerful Singson clan which has dominated the local political scene for decades.

As of the 2015 population, there are 689,668 residents in Ilocos Sur. They are scattered across 32 municipalities, two component cities, and 768 barangays.

Ilocos Sur is best known for its heritage and culture.

Vigan City made it to the Unesco list in 1999 after being dubbed the “best-preserved example of a planned Spanish colonial town in Asia.” (READ: Weekend in Vigan: Things to do)

The city was recognized as one of the 5 most walkable and bikeable cities in the Philippines in 2014. It was also the first to completely pedestrianize one street – the famous Calle Crisologo. (READ: Vigan City stays walkable despite influx of tourists)

The province has also produced individuals who have contributed not just to the history of Ilocos Sur but also of the Philippines. These include former president Elpidio Quirino, father of Filipino labor movement Isabelo de los Reyes, revolutionary leader Gabriela Silang, and Jose Burgos, one of the Gomburza martyrs.

Ilocos region will no doubt bring their best competitors to the week-long competition.