Newsbreak Chats: Calida contracts and other top stories for May 2018 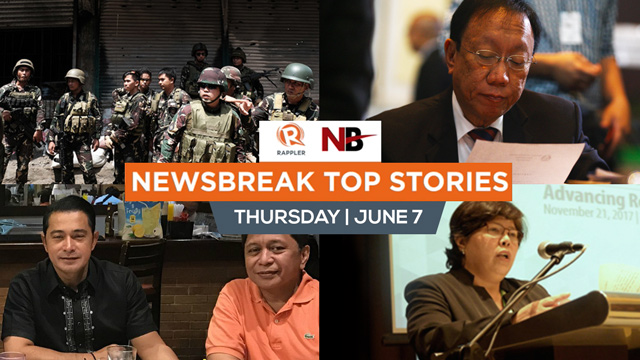 Bookmark this page to watch and join the discussion live on Thursday, June 7, at 4 pm.

MANILA, Philippines – News in May 2018 put corruption in government institutions center stage, as reports questioned the mismanagement of funds and multi-million contracts awarded to businesses owned by government officials.

May 2018 also marked a year since war erupted in Marawi, the Philippines’ only Islamic city. It prompted the declaration of martial law in Mindanao, which remained in effect to this day, despite Marawi declared liberated from terrorist influence in October last year.

On Thursday, June 7, the Newsbreak team sits down to discuss stories that dominated the news cycle in the past month including:

What do these issues mean to the public and why should you care? Join us as we make sense of these stories, how they impact the public, and what to expect in the coming months.

Do you have any questions you’d like the team to answer? Sound off in the comments below and join Thursday’s discussion with more comments and suggestions. – Rappler.com