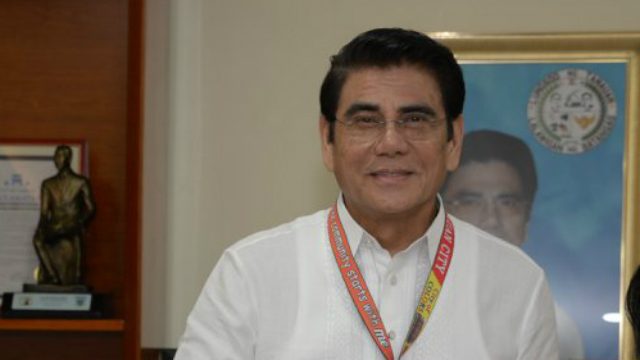 MANILA, Philippines – To curb crime, he shamed his erring constituents – from people caught stealing fish to those taking illegal drugs.

He ruled with an iron fist, and modeled his crime-busting tactics after President Rodrigo Duterte.

Ironically, Tanauan City Mayor Antonio Halili himself was linked to illegal drugs under the Duterte administration, prompting the National Police Commission (Napolcom) to strip him last year of his police powers.

In 2015, two years after he was first elected, Halili told the Philippine Daily Inquirer that he looked up to Davao City, then ruled by Duterte, as a model for fighting crime.

A separate interview with Offcam magazine quoted him as saying, “I think the Philippines needs people like Duterte and [Senator Panfilo] Lacson.” A retired police general, Lacson is also known for his no-nonsense approach to crime.

Halili was only on his second term as mayor when he was shot dead Monday, July 2, the 8th mayor to be killed since Duterte became president in 2016. (READ: Mayors, vice mayors killed under Duterte gov’t)

Halili first ran for mayor in 2013 under Tanauan City’s Hope (TCH), a group affiliated with the Nationalist People’s Coalition.

Before this, he owned various businesses such as bingo parlors and emission testing centers. He said in a 2015 Offcam magazine interview that, to avoid corruption, a candidate should be financially stable before running for public office.

But he did more than run city hall like a businessman.

Halili grabbed headlines for his “walk of shame” project in 2016, where suspected drug personalities were paraded around the city.

As early as 2014, Halili already sparked outrage from human rights groups when he forced a man who allegedly stole fish to walk in public with a sign proclaiming his alleged crime. His police powers did not last long, however.

In November 2017, the Napolcom stripped Halili of his supervisory powers over the local police after his name was supposedly included in a Philippine Drug Enforcement Agency (PDEA) list of public officials linked to the illegal drug trade. (READ: PDEA: Drug-linked governors, congressmen, mayors to be named next)

According to a Philippine Daily Inquirer report, Halili refused to surrender, which is an option given to those in PDEA’s list.

Despite this, Presidential Spokesperson Harry Roque on Monday called Halili a staunch ally of the President’s in his campaign against illegal drugs. (READ: Malacañang vows punishment for Tanauan mayor Halili killers) – Rappler.com