Aug 30, 2018 4:33 PM PHT
Rappler.com
Facebook Twitter Copy URL
Copied
Join us as we make sense of these stories: the ongoing rice crisis, the tussle between Customs and PDEA, changes in the House, backdoor abortion in the Philippines 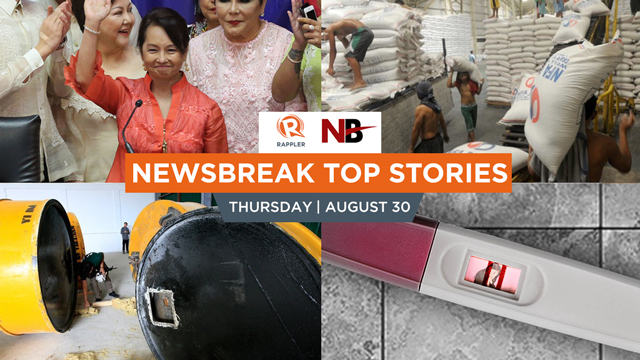 Bookmark this page to watch and join the discussion live on Thursday, August 30, at 4 pm!

The past month also further exposed the rift between government agencies and even political parties.

On Thursday, August 30, the team sits down to discuss the stories that dominated the news cycle in the past month including:

Join us as we make sense of these stories, how they impact the public, and what to expect in the coming months.

Let us know in the comments below or tag us on Twitter (@newsbreakph) if you have any questions! Don’t forget to join Thursday’s discussion with more comments and suggestions. – Rappler.com