FAST FACTS: What to know about Itogon, Benguet 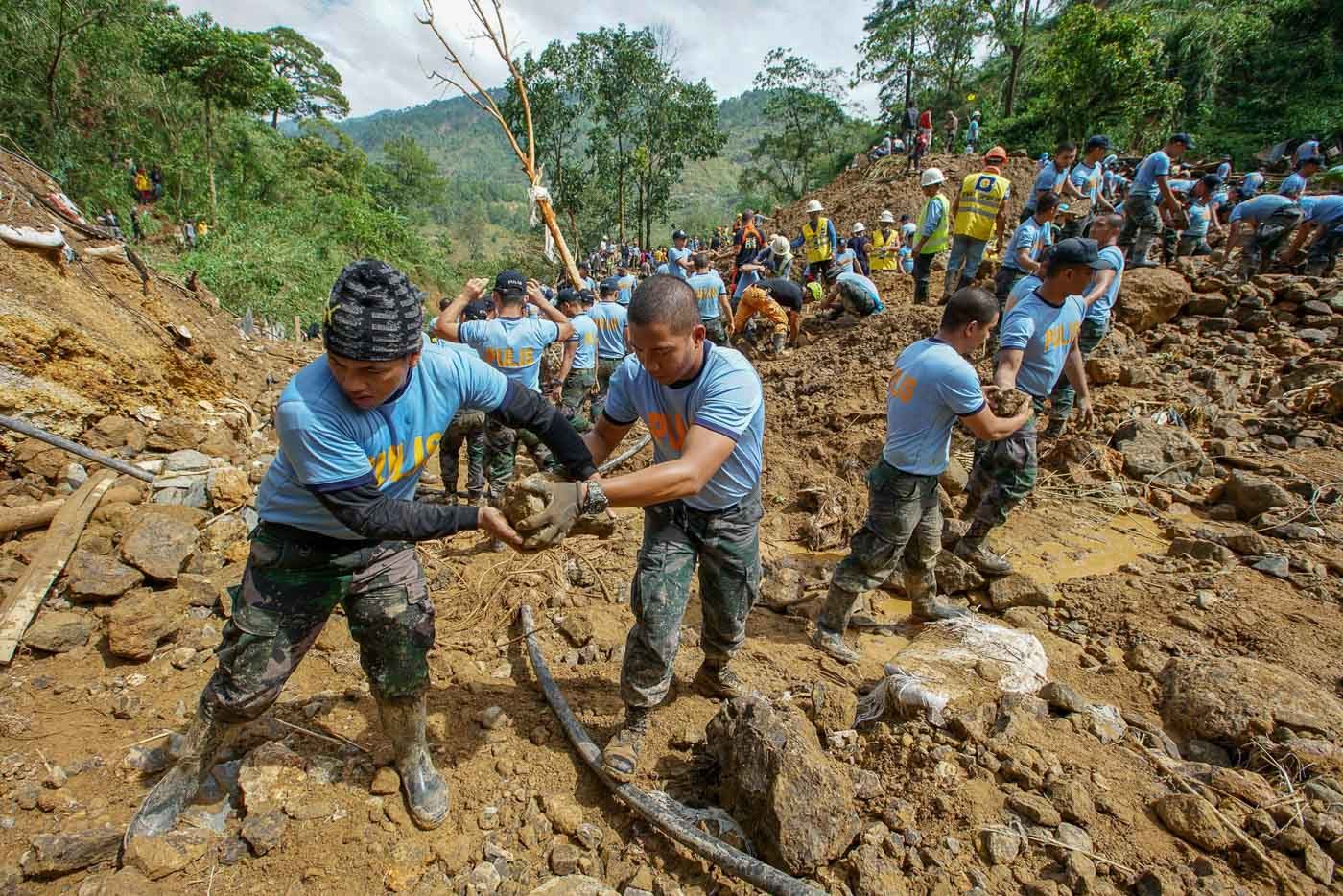 MANILA, Philippines – Typhoon Ompong (Mangkhut) may have already left the Philippine Area of Responsibility, but Filipinos are still reeling from its aftermath.

In Itogon, Benguet, police, volunteers, and family members continued to search for victims of a landslide caused by Ompong on Saturday, September 15. (READ: In Itogon, sister volunteers to dig beneath the soil to look for brother)

As of Wednesday, September 19, at least 46 bodies have been recovered in the area, while 60 remained missing.

Below are a few things you should know about the area where the landslide occurred.

Where is Itogon located? Itogon is a municipality in the province of Benguet, located at the southern end of Central Cordillera mountain range. To its west lies Baguio City and the Tuba municipality, and to its northwest lies La Trinidad.

Their mayor is Victorio Palangdan, who won against Alexander Fianza in the 2016 elections.

According to the Philippine Statistics Authority’s 2015 census, there are 14,204 occupied housing units in the area.

What is their main source of livelihood?

Itogon is a mining town known for small-scale mining of gold. And it’s no stranger to landslides. (READ: Why mine despite landslide scare? ‘Doon lang kami umaasa’)

The victims of the recent landslide were inside a mining bunkhouse owned by Benguet Corporation.

Following the landslide, Environment Secretary Roy Cimatu on September 17 ordered a stop to small-scale mining operations in Itogon and the Cordillera Administrative Region. He also ordered the revocation of all mining permits in town. (READ: Cimatu orders stop to Cordillera small-scale mining after Ompong landslides)

Aside from mining, other industries in Itogon include knitting and loom weaving, mushroom production, broom making, and production of quilted bed sheets.

What else is the area known for?

Itogon is home to Binga Dam, a dam in the Agno River that began operating in 1960. The dam is now owned by SN-Aboitiz and supplies electricity to the northern part of Luzon.

Mountaineers may also know Itogon for Mount Ugo, which is a popular climb among hikers. Itogon has so far hosted 16 annual summer climbs on Mount Ugo. – Rappler.com