Continuous change of leadership in Customs may hinder improvements 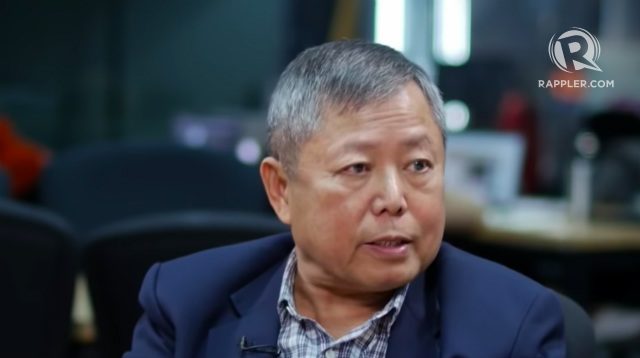 “It’s not the kind of atmosphere that’s conducive to reform and modernization which takes a longer period of time to do,” he explained during an interview with Rappler editor-at-large Marites Vitug.

“You are basically forcing people to go short-term instead of thinking long-term because you know that you’ll stay only a short while,” he said.

Parayno, who served under the Ramos administration from 1992 to 1998, cited a World Economic Forum (WEF) analysis that said the “success” of his leadership included “continuous strong leadership for reform.”

Being able to serve throughout one full presidential term – the only Customs chief to do so post-Marcos – paved the way for him to actually put in place and see the realization of a reform and modernization program in an agency notorious for corruption.

The reforms, he said, were dubbed the SPACE program: S for selectivity, P for post-entry clearance, A for advanced clearance, C for client self-assessment, and E for electronic data interchange.

Included in this program was better use of profiling mechanisms to improve the process of screening incoming shipments.

Doing proper intelligence on businesses sending goods to the Philippines, he said, would eliminate the need to go through all the formalities in the process.

BOC, under his watch, also did a lot of background check on clients, including his compliance record and standing in his community to vet his or her credibility. The bureau also relied on digital records of documents.

“You have to be selective in the ones that you will apply the full Customs documentation and formality,” Parayno said. “The intention is to do very little in the border because doing your formalities at the border is the most expensive way of doing it.”

Since 2016, President Rodrigo Duterte has already gone through 3 Bureau of Customs (BOC) chiefs but leadership changes are not unique to his administration.

In fact, among all presidents, it is only Fidel Ramos who kept one Customs comissioner throughout his presidential term. Reasons cited in previous reports for this “phenomenon” included politics, alleged bad performance mainly due to continuing smuggling and corruption in the bureau. (FAST FACTS: Changing leaders at the Bureau of Customs)

While stating that other Customs chiefs are equally talented, dedicated, and passionate, Parayno said “they do not have the kind of preparation needed for the job.”

He cited the 9 years he spent working under former Customs commissioner Ramon Farolan and the 6 years under Jose Almonte at the Economic Intelligence and Investigation Bureau (EEIB).

“They allowed me to explore, they trusted me, and during difficult moments, they protected me,” he said. “Otherwise, if they did not protect me at those critical moments, I would have not become commissioner of Customs.”

Parayno also enjoyed political support from Ramos himself amid government officials who wanted him out of Customs.

“I said, if our president is this strict, how can I tolerate anyone?” he asked. – Rappler.com