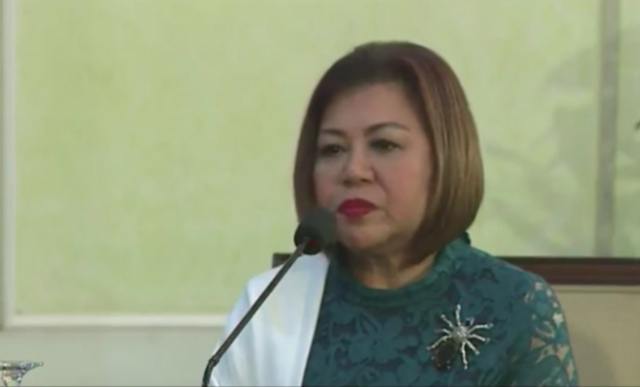 She is the 7th appointment of President Rodrigo Duterte to the High Court. She takes the post vacated by Noel Tijam, who retired as associate justice in January 2019.

Javier is 62 years old and is scheduled to retire in November 2026 yet.

Her appointment announced on Wednesday, March 6, is the culmination of her several attempts to join the SC.

She has been shorlisted for the post 8 times under the administration of President Rodrigo Duterte:

A working student, Javier taught in public schools while studying law at the University of Santo Tomas (UST). She graduated valedictorian in 1982 and passed the bar the same year.

Javier was appointed Court of Appeals associate justice by then-president Gloria Macapagal Arroyo in 2007. She’s leaving the appellate court as a senior member of its 2nd Division.

Aside from working in the judiciary, Javier teaches political law, commercial law, and civil law, among others, at the UST Faculty of Civil Law.

Duterte ‘not an enemy of women’

One of the major SC decisions Javier disagrees with is the hero’s burial granted to the late dictator Ferdinand Marcos.

In a November 2016 Judicial and Bar Council (JBC) interview, she explained her opposition to the hero’s burial, saying that the 1986 People Power Revolution was the highest conviction of Marcos for his crimes and that no further move should “trivialize” it.

“It lasts forever and ever, even beyond life,” Javier said.

She was also put under the spotlight after her remark regarding Duterte. Responding to a question about the President’s “predilection for male appointees,” Javier said she did not see him as an “as an enemy of women.” (READ: Not just a joke: The social cost of Duterte’s rape remarks)

“I see him as a person who respects and loves his late mother, who he credits to have unconditionally loved him, and brought out the leader that he is,” Javier said during a June 2018 JBC interview.

“I would like to see him as a father who cares for his daughters, a person who founded several shelters for abused women, and for children who are girls who are victims of incest,” she added.

She also favors federalism, seeing it as a necessary move to improve the economy and the judiciary. – Rappler.com