Feb 10, 2020 9:30 AM PHT
Rappler.com
Facebook Twitter Copy URL
Copied
What challenges lie ahead for indigenous children in Mindanao after the government closed down 54 Lumad schools? Rius Valle of the Save Our Schools Network give us some answers. 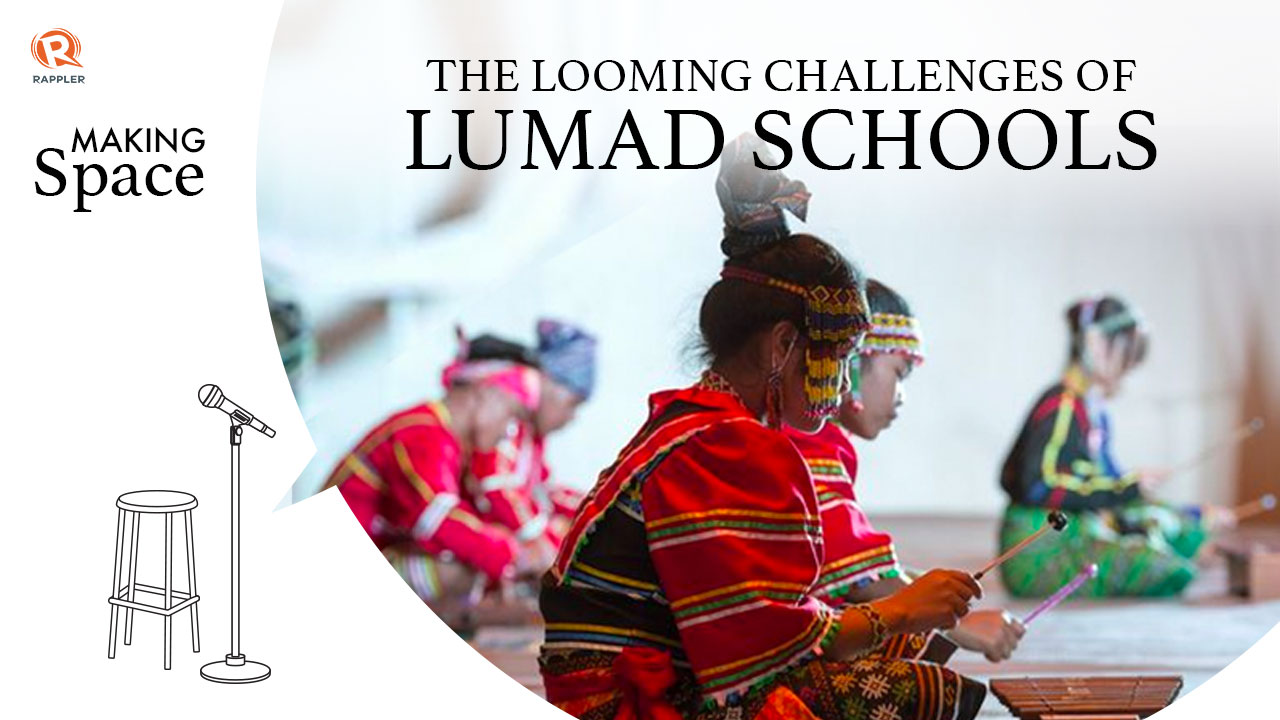 MANILA, Philippines– Lumad students went through a lot the past year just to continue fighting for their basic right to education.

In 2019, the Department of Education ordered the closure of 54 Lumad schools, affecting almost 1,500 students.

Several of these students have found solace for the meantime in a building at the University of the Philippines Diliman, where they live and study after evacuating their hometowns in Mindanao, through the Bakwit School program of Save Our Schools Network.

Lumad groups, led by the Save Our Schools Network, have been working to raise awareness about the plight of Lumad children, especially since the declaration of martial law in Mindanao.

Throughout the implementation of martial law in the southern Philippines, the Lumads experienced intensified attacks and militarization of areas where their schools were located. (READ: Trauma haunts Lumad students after attacks on their community)

They also found themselves as targets of a military vilification campaign that alleged their schools were being used as training centers for the communist New People’s Army (NPA).

In this episode of Making Space, we speak to Rius Valle from the Save Our Schools Network, as he shares the looming challenges of Lumad schools and the undying hope of the Lumad children.

While martial law in Mindanao was lifted at the start of 2020, there’s more that has to be done for the Lumad bakwits to be able to finally return home and find a school where they get education according to their culture and traditions.

Listen to this podcast produced by Samantha Bagayas and Bonz Magsambol: