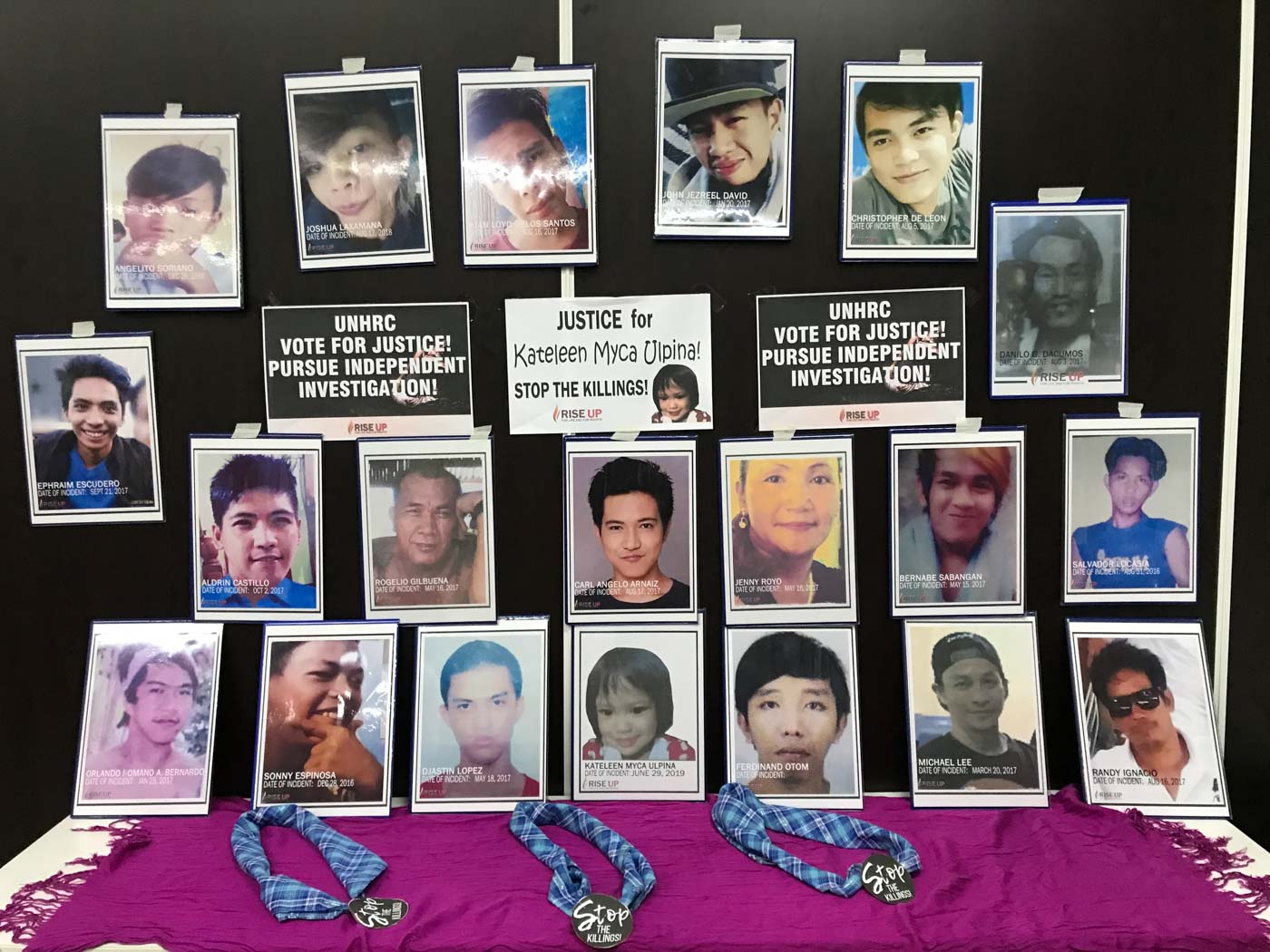 MANILA, Philippines – The United Nations Office of the High Commissioner for Human Rights (UN OHCHR) on Thursday, June 4, released its comprehensive report on the widespread killings in the Philippines under President Rodrigo Duterte.

The report said that the “heavy-handed” focus of the Duterte government on combating national security threats have led to serious human rights abuses. It added that these were also reinforced by the “harmful rhetoric” of government officials.

The report was conducted to abide with a resolution adopted by the UN Human Rights Council in July 2019, which asked UN rights chief Michelle Bachelet to write and present the report to the UNHRC 44th Session this June.

Since assuming office in 2016, Duterte’s violent war on drugs has led to at least 6,000 suspected drug personalities killed in police operations, while human rights groups pegged the number to more than 20,000 to include those killed vigilante-style. (READ: The Impunity Series)

The UNHRC resolution in July 2019 also called on the Philippine government to take measures against unnecessary killings, joining both international and local voices that asked for justice and accountability over the thousands of deaths. (READ: Duterte gov’t allows ‘drug war’ deaths go unsolved)

The International Criminal Court’s Office of the Prosecutor is currently conducting a “preliminary examination” into the Philippine situation. In December 2019, ICC Prosecutor Fatou Bensouda said that the next step can be expected by 2020.  – Rappler.com