Once the capital of the Philippines for 28 years, Quezon City is the largest and most populous city in Metro Manila.

It is named after Manuel Luis Quezon, the Philippine president at the time the city was inaugurated.

To commemorate the city’s founding anniversary on October 12, here are some fast facts about Quezon City. 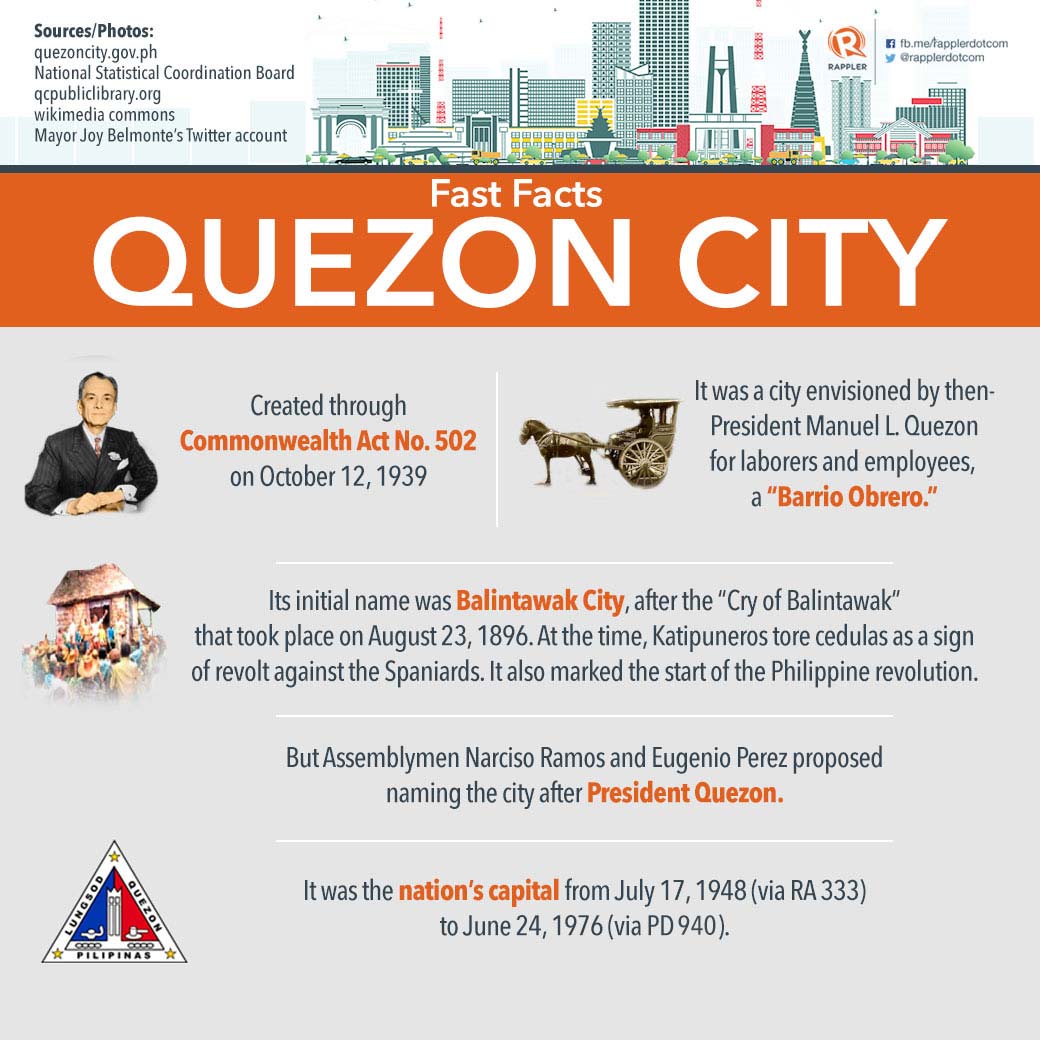 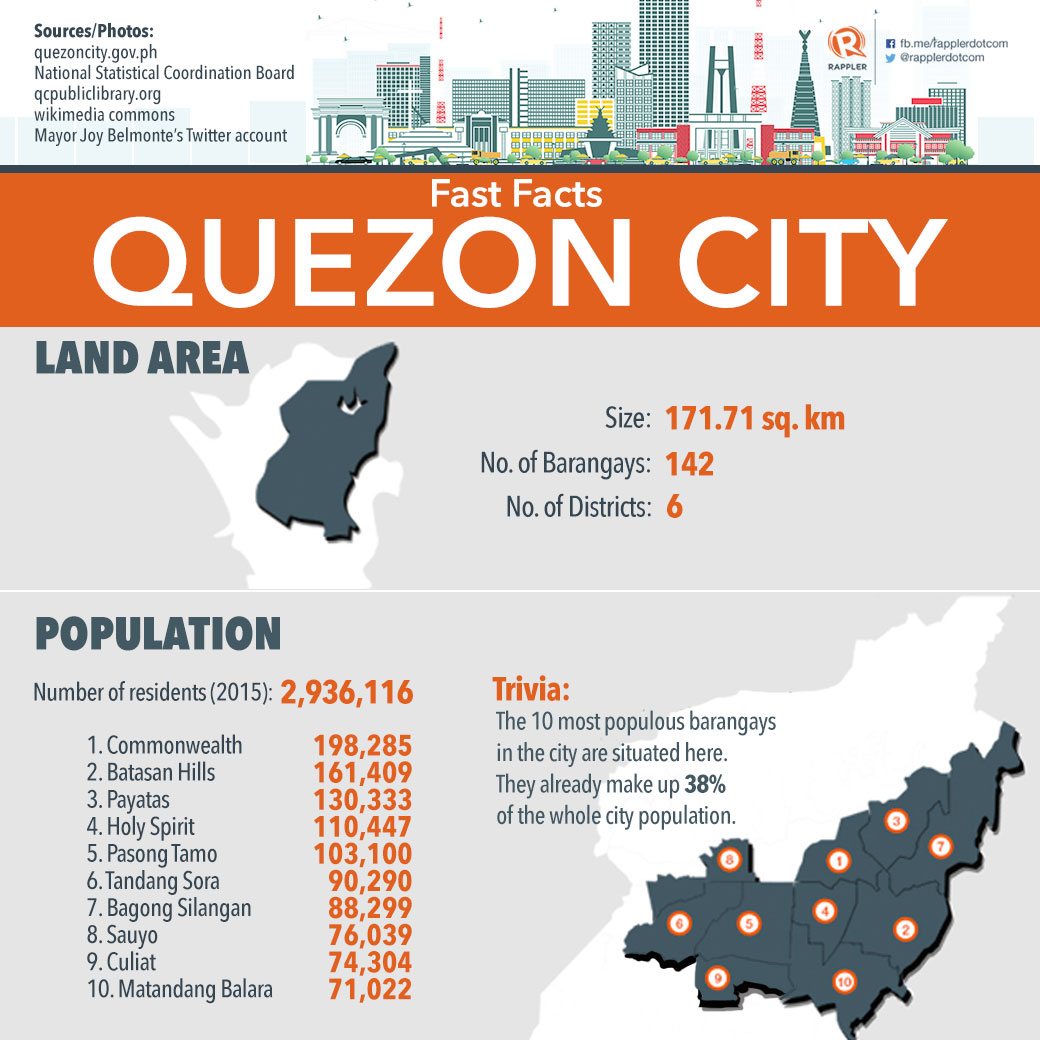 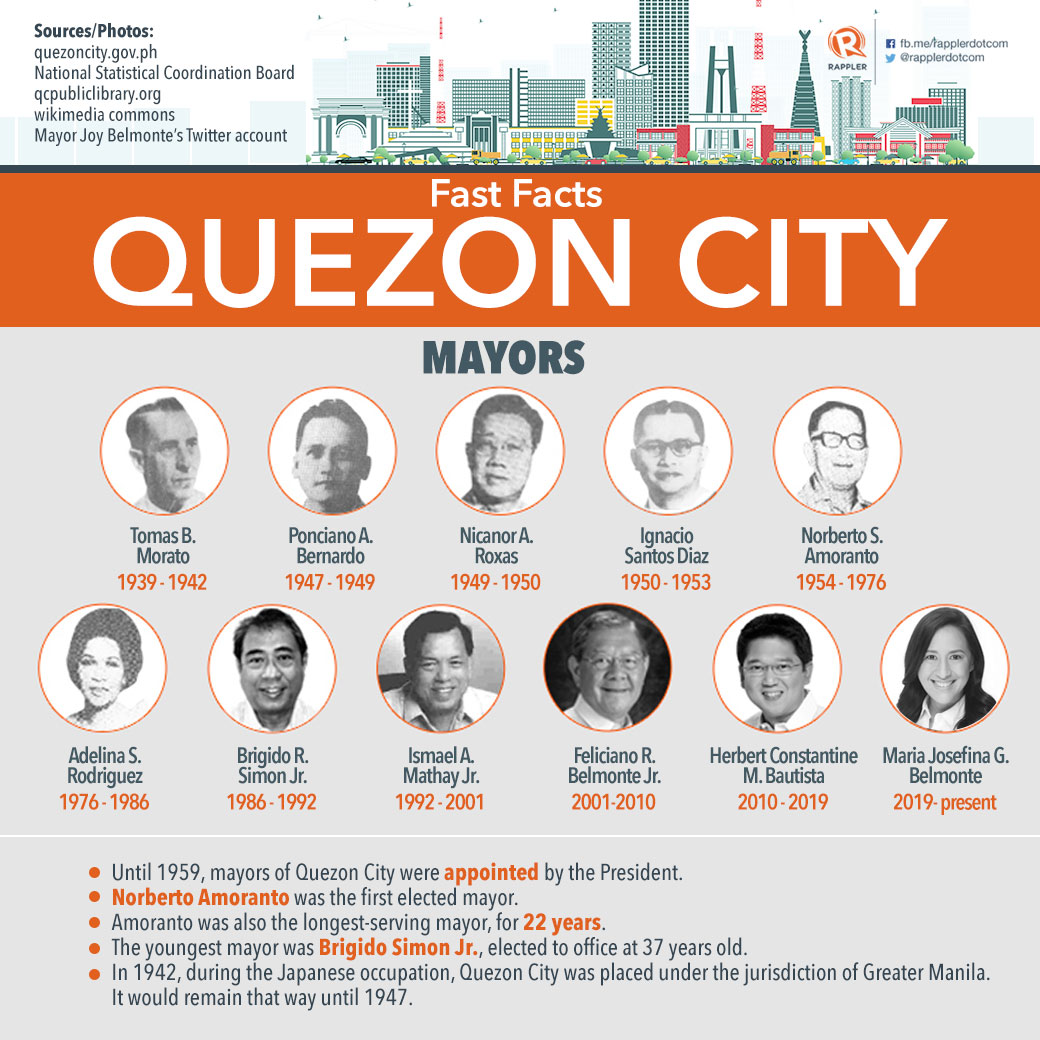 The main campuses of the University of the Philippines and Ateneo de Manila University are also situated in the city.

Here is a map showing the 6 districts of Quezon City and various places of interest, from historical markers to commercial centers.

Editor’s Note: In the graphic, we corrected the law that ended Quezon City’s status as the nation’s capital. It is Presidential Declaration (PD) No. 940, not PD No. 824.