What you should know about lung cancer 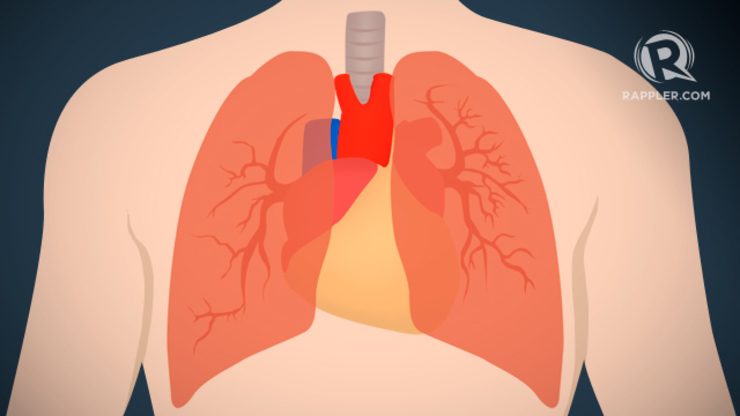 She also said she has been diagnosed with Stage 4 cancer, but that she expects to be cured in 6 weeks through “chemotherapy [that] has been reduced to a tablet called molecular targeting.”

Here are some basic information about lung cancer – its prevalence, diagnosis, and treatment.

1. Lung cancer is the leading cause of cancer deaths in the Philippines and worldwide.

According to the World Health Organization (WHO), lung cancer claims 1.59 million lives around the world every year. In addition, there were 1.8 million new cases recorded in 2012, with 58% occuring in the less-developed regions. Lung cancer also has a poor 5-year survival rate of only 15%.

In the Philippines, lung cancer is the top cause of cancer-related mortality among men, and the third cause of cancer deaths among women (after breast and cervical cancer), according to the 2012 Globocan statistics of the International Agency for Research on Cancer (IARC).

2. There are two main types of lung cancer.

The most common type is non-small cell lung cancer (NSCLC), accounting for 85% of all cases.

The other type is small cell lung cancer (SCLC), which spreads faster, and is highly caused by smoking.

3. There are 4 stages of non-small cell lung cancer.

The first two stages are considered early stages of the disease, while the last two are advanced or late stages.

4. Even non-smokers may get lung cancer.

A majority of lung cancer patients are smokers, with 70% of global lung cancer deaths caused by smoking, according to the WHO.

But non-smokers who have obtained it may have been exposed to substances like asbestos (for construction workers), radiation, pollution, and second-hand smoke. A person’s medical history – as well as his/her family’s – may also play a factor.

Changes in the genes or the DNA of lung cells may also lead to abnormal cell growth. It may either be inherited or acquired later in life due to exposure to substances mentioned above.

5. Like other cancer types, symptoms of lung cancer in its early stages may not be apparent.

According to the Lung Center of the Philippines, “there are no reliable blood tests that can detect lung cancer at an early stage.” Symptoms of the disease’s early stages are mostly non-specific, and may be initially disregarded by patients.

But individuals can undergo screenings and tests like sputum cytology, broncoscopy, chest x-ray, and biopsy to determine if a person has lung cancer.

For late-stage lung cancer, the following symptoms may manifest in patients:

Early detection and treatment can increase the survival chances of a lung cancer patient.

Depending on the stage or severity of the cancer, the following are common treatments:

Biological or targeted therapy – the treatment mentioned by Santiago – is a relatively new approach to cancer treatment. It targets specific biological processes essential to the growth of tumors, unlike chemotherapy drugs which may affect even non-cancerous cells.

The said therapy may be given on its own or in conjunction with other treatments. Many of these therapies have been approved by the US Food and Drug Administration (FDA) to treat specific types of cancer, including lung cancer. – Rappler.com