Oct 7, 2014 4:37 PM PHT
Paterno Esmaquel II
Facebook Twitter Copy URL
Copied
The Pope was so close, I can almost feel his embrace. But around 6 feet away, he was also so close that, if I wanted to, I can hit him with a phone in the face. 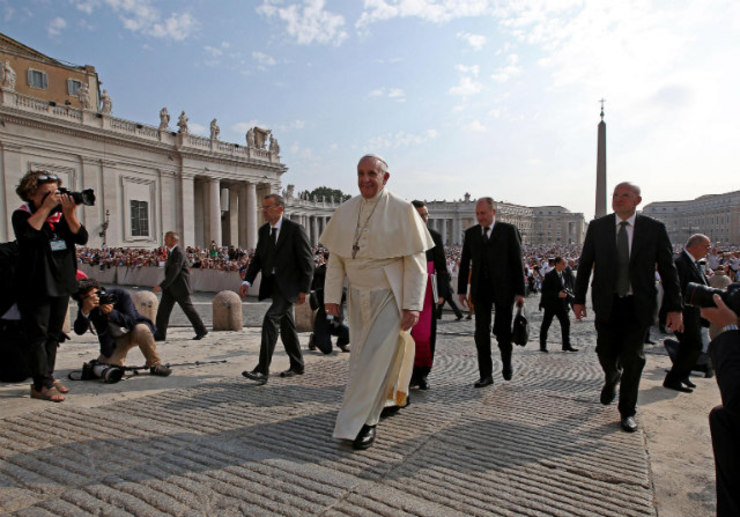 VATICAN CITY – Traveling for the first time to Vatican City, I kept in mind an anecdote from our news editor, Miriam Grace Go, who covered Pope John Paul II in Manila in 1995.

Miss Gigi, as we call her in the newsroom, said she remembers John Paul II having exuded an aura of sincerity, even while encased in his bullet-proof popemobile.

A television anchor even reportedly cried – on air – as she saw John Paul II pass by.

A man who radiated holiness – for many, a living saint – was their lasting image of John Paul II. I wondered: How will I remember Pope Francis?

On assignment, I visited the Vatican in September to do stories that lead to the Pope’s Philippine trip in January 2015. The best moment came in St Peter’s Square on September 10.

In that sea of 25,000 pilgrims, I saw more than a saint with a halo. I met the People’s Pope: a man who, despite threats to his life, refuses armors and trusts in the Lord to come close to his people. 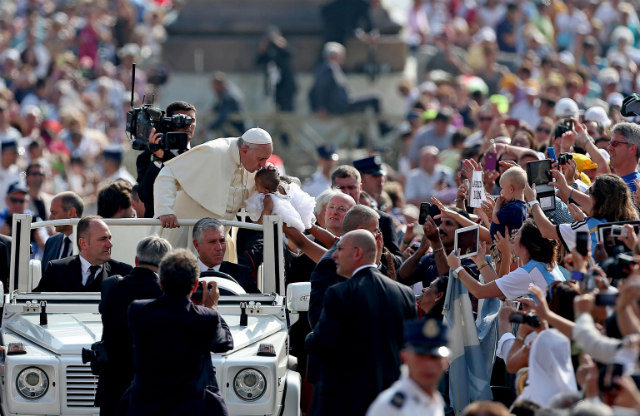 September 10 was a Wednesday, when the Pope holds his general audience. During this event at 10:30 am, he preaches for an hour about the Catholic faith. Fifteen minutes before this, he tours the square aboard his popemobile, giving thousands his blessing, embracing the sick, and kissing babies.

In the heat of summer, I stood for an hour behind a wooden barrier in St Peter’s Square. A Swiss guard told me the Pope will pass that way.

At 10:15 am, cheers erupted from part of the square. A monitor showed Francis blessing a man on a stretcher, and later boarding his vehicle.

From where I was, a mix of “Viva il Papa!” and “Papa Francesco!” began as a faint sound that followed the Pope around. Then it grew louder and louder, closer and closer.

I braced myself for a dream come true.

His white, open-top vehicle emerged from a corner of St Peter’s Square.

I pressed my camera: “record.” I felt my hands shaking, and stabilized my grip as Francis came near.

Slowly, I followed the Vicar of Christ, the Supreme Pontiff, the Successor of St Peter with the lens of my camera – and the eyes of a sacristan and catechist who became a journalist. In perfect timing, the moment ended with the sun behind him.

It was 30 seconds. Surreal.

Luckily, minutes later, he made an about-face and passed by my area again! Because I was done with a round of footage, it was time… for the selfie.

Since then, friends have asked me, what did I find most striking in the man I saw in Vatican City?

It was not his smile, it was not his face. It was not a palpable sense of holiness, though of course it was also there. It was his closeness to us in St Peter’s Square.

The Pope was so close, I can almost feel his embrace. But around 6 feet away, he was also so close, I can hit him with a phone in the face. (Of course I won’t do that. And I can’t; I can’t even shoot a ball, but that’s another story.) 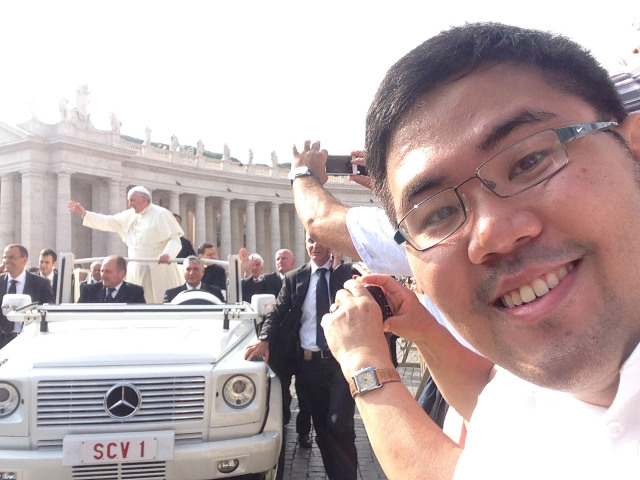 ‘Person to person, in the flesh’

I keep this image of him – a Pope close to his people – as he visits the Philippines in January. (READ: Pope chooses Visayas as core of Philippine trip)

This closeness to people works both ways.

On one hand, it makes him a better pastor. Francis, after all, challenges the Catholic Church to go “into all those ‘peripheries of existence,’ where there is suffering, loneliness, and human degradation.” He also wants shepherds “with the smell of sheep.”

His visit will give hope to disaster-hit communities.

My fellow reporter, Bea Cupin, who covered earthquake survivors in Bohol, said she saw faith as an anchor when people have lost all.

My own experience in Tacloban City, which was hit by Super Typhoon Yolanda (Haiyan), showed the value not only of faith, but also a willingness to listen.

Soon in the Philippines, we will see this best in Francis – he who once said commitment to the poor “must be person to person, in the flesh.” 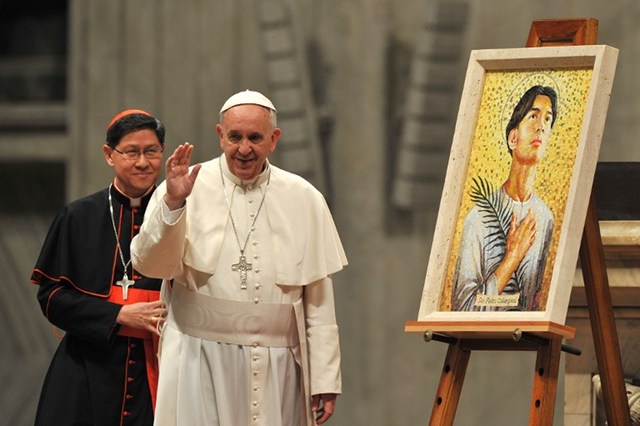 This kind of closeness, however, also exposes Francis to danger.

A man who rejects a bullet-proof popemobile – and, at the same time, condemns the mafia and denounces the Islamic State or ISIS – faces the possibility of getting attacked or killed anywhere he is.

Reports, in fact, said ISIS wants to kill Francis. The Philippines said it is not taking these threats lightly.

He even wants to ditch his bullet-proof popemobile, which he calls a “sardine tin.”

Complaining about too much security in Brazil, the Pope told journalists in 2013: “With less security, I could have been with the people, I could have embraced them, greeted them, without armored cars…. There is security in trusting a people. It is true that there is always the danger of some mad person… the danger that some mad person will do something, but then there is the Lord!”

“Closeness is good for us all.” – Rappler.com