Dear Pope Francis: Would you love a lesbian like me?

Jan 10, 2015 2:10 PM PHT
Shakira Sison
Facebook Twitter Copy URL
Copied
I'll trust that you are not like the Christians who believe that hating others is really what their God wants them to do 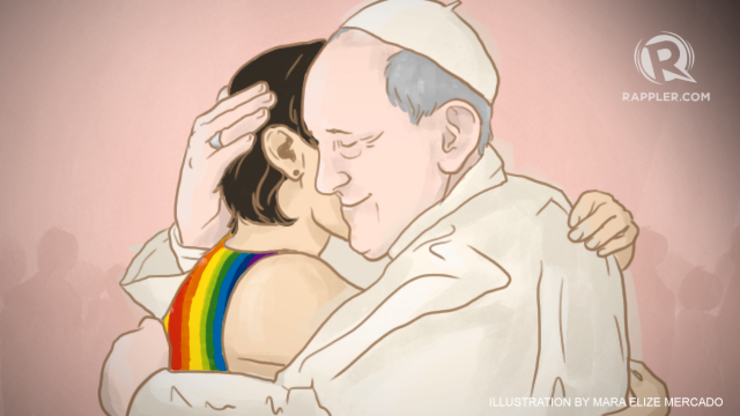 My best friend Rolly, the most devoted Catholic I know, once told me the story of attending Holy Mass during the last Papal visit to Manila in 1995. She said she felt the Holy Spirit around her, and prayed so hard that she would get to receive communion among the thousands of attendees in Luneta. She did, and she said it changed her life.

I nodded when she told me the story, not completely understanding her logic but totally comprehending her devotion. After all, faith is a universal language just like love, no matter what God you worship and who you love and adore.

It is with this same understanding that I hope you will approach me and those like me who have come to love those we do, whose kind of love has been judged and condemned by society. Many countries treat us as outcasts in the name of Jesus Christ. Some governments even use Christianity to sentence us to imprisonment and death.

I know you’re not like that. You weren’t declared the LGBT publication The Advocate’s Person of the Year for nothing. I believe you were sincere when you said in Italy: “If someone is gay and he searches for the Lord and has good will, who am I to judge?”

Like most of the Filipino population, I was born into the Catholic faith. I’ve memorized the prayers and the songs by heart. I know the value of religion, of a faithful community, and of living a faithful life.

‘I never considered loving and building a life with my same-sex partner a sin, because I know that love between consenting adults can never be against God’

As I matured, I suspected that there was much more to religion than rituals and blindly following priests and religious leaders. I felt that faith is much better expressed when it has been explored, questioned, and taken apart. I have come to believe that part of faith is the duty to analyze the information that is presented to us and to act according to our conscience, a teaching that you yourself advocated.

It’s not enough to simply follow every rule we are given in homilies and based on varying interpretations of the Bible. Like you said that you are a sinner, so is everyone else, including your bishops and priests. We are all human, we have faults, and nothing in the interpretation of the Lord’s word is absolute. Even you put your foot down and demoted your most anti-gay cardinal in order to broaden your Church’s message of accepting gay people into your faith.

‘Love the sinner, hate the sin’

Whenever I come across one of your devout followers, I am told that as a lesbian I am loved, but that my “homosexual acts” are not. Fortunately for me, I never considered loving and building a life with my same-sex partner a sin, because I know that love between consenting adults can never be against God. I have enough confidence in my life and in my relationships to know that my love life is no more sinful than a heterosexual’s bedroom. 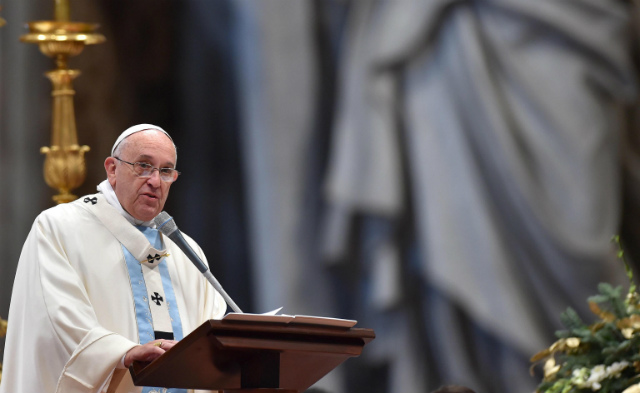 I know you would respect my marriage, one that has been upheld and protected by 9 US Supreme Court Justices, 6 of whom are actually Roman Catholics. To me, this shows that fairness, rational thinking, and religiosity are not mutually exclusive concepts.

You understand, as you are a Pope like no other. You’ve lived a diverse life as a janitor, club bouncer, chemical technician, and literature teacher. You know that a life of faith is a life lived outside the study of theology, and outside the 4 walls of the Church. You know that the world is not just what is presented to you when you visit different countries around the world. It is in the pit stops and unexpected turns you take that you get to know a country’s real people.

You’ve kissed a disfigured man and said that non-believers, atheists and agnostics need only to examine their conscience to be saved. I hope you’ll teach the Catholic leaders of the Philippines that faith is personal, it is salvation for those who need it. It does not judge, and it does not hate.

Most of all, please teach our people that your version of faith does not condemn gay, lesbian, bisexual, and transgender children from their homes or keep them from worshiping their God.

God’s love does not pick and choose

I would like you to teach your people that the Catholic God’s love and acceptance does not pick and choose. I’d like you to emphasize to your priests the honor of a life spent down with the lowest rung of the ladder –  the poor, powerless, and the hungry – and of spending time with them like Jesus would have done if he were around.

‘I hope you’ll teach the Catholic leaders of the Philippines that faith is personal, it is salvation for those who need it. It does not judge, and it does not hate.’

You said it yourself that gays must be integrated into society. I’ve lived enough and am secure enough with my life to know that my spirituality will be fine whether or not you accept me. However, there are many others like me who need for you to tell the majority of Catholics that God loves and accepts every single one of us, so they may start accepting my LGBT brothers and sisters as well.

There are far too many young people being rejected by their own parents who cite Jesus Christ as the reason.

Unfortunately, the hateful comments below will prove the wrath of the Filipino Catholics you are visiting. They will be the first to tell me that I am excluded from God’s love. They will quote bible verses and say tired things about how “It’s Adam and Eve…” and so on. They will mention my genitals and my sexual practices, and exclude me from Catholicism because of activities they themselves do. These people are among the population you are visiting. They will claim that they are favored by you.

I hope you will prove them wrong by saying that God loves us all, and it’s not who we love but the sincerity and tenderness with which we do. I know you believe it, and even if you don’t say it, I’ll trust that you are not like the Christians who believe that hating others is really what their God wants them to do.