What disturbs me most about this Pope

Jan 11, 2015 4:59 PM PHT
Paterno Esmaquel II
Facebook Twitter Copy URL
Copied
Francis disturbs me because he is the Pope of the doable, and this makes him difficult to ignore. How can I share his quotes and not follow the Pope? 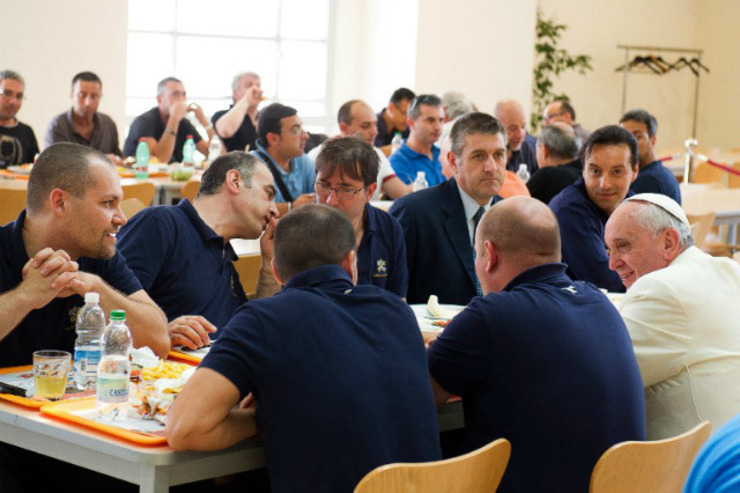 Pope Pius IX defined the dogma of the Immaculate Conception in 1854. Pope Leo XIII, in 1891, released an encyclical letter that criticized capitalism and defended the poor. Decades later, in 1962, Pope John XXIII opened the Second Vatican Council, which sought to reform the Catholic Church.

Popes deal with the bigger picture – which makes it easy for many Catholics to snub the Pope. After all, we’re not all theologians who study dogma, not all capitalists, not all priests, not all politicians. We seldom directly handle the big issues. The Pope is often the CEO who preaches from faraway Rome.

Pope Francis also speaks the big words. In fact he is set to release an encyclical letter on climate change, and is leading the fight against hunger, human trafficking, and other global problems. Francis, however, also tackles the small things – and this disturbs me most about him.

Francis preaches against gossip. He tells us to finish our meals. He reminds us it’s not enough to help the poor through institutions, that we need to see and smell and hear the poor “person to person, in the flesh.” He tells us to balance work and leisure, because work that “does not yield to healthy leisure… enslaves you.” (READ: New Year’s resolutions: The Pope Francis list)

‘Pope of the doable’

Francis disturbs me because he is the Pope of the doable, and this makes him difficult to ignore. How can I share his quotes and not follow the Pope?

Our managing editor at Rappler, Glenda Gloria, said it well on Facebook when she shared my story on the Pope’s thoughts on work and leisure: “He inspires, he provokes, he lets us reflect on our daily habits. Francis rocks!”

What then should the visit of this Pope, fondly called Lolo Kiko, mean for Filipinos?

When Francis visits the Philippines from January 15 to 19, of course we should look at the bigger picture when it comes to global affairs.

We can summarize it in one phrase, which I borrow from the United States: a “pivot to Asia.” Vatican deputy spokesman Fr Ciro Benedettini, for one, told Rappler in September 2014 that the Pope’s trip to the Philippines can boost the Catholic Church in Asia. Weeks before this trip, Vatican spokesman Fr Federico Lombardi also described the Philippines as part of Catholicism’s “great frontier.”

But let us remember, Francis is not coming to the Philippines only as Vatican City’s head of state, a theologian, a diplomat, an adviser on global affairs, or Time Magazine’s Person of the Year in 2013.

The People’s Pope is coming as a pastor.

Yes, like his predecessors, the Vicar of Christ will speak the big words. But more than this, he will perform the smallest of actions to disturb us, Filipinos, the most.